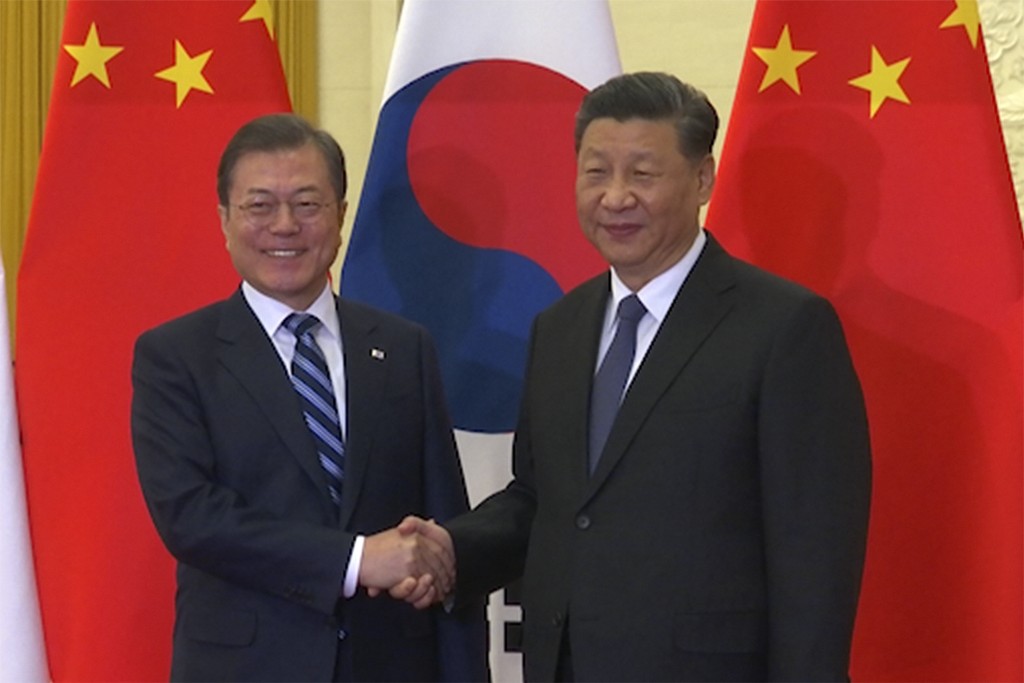 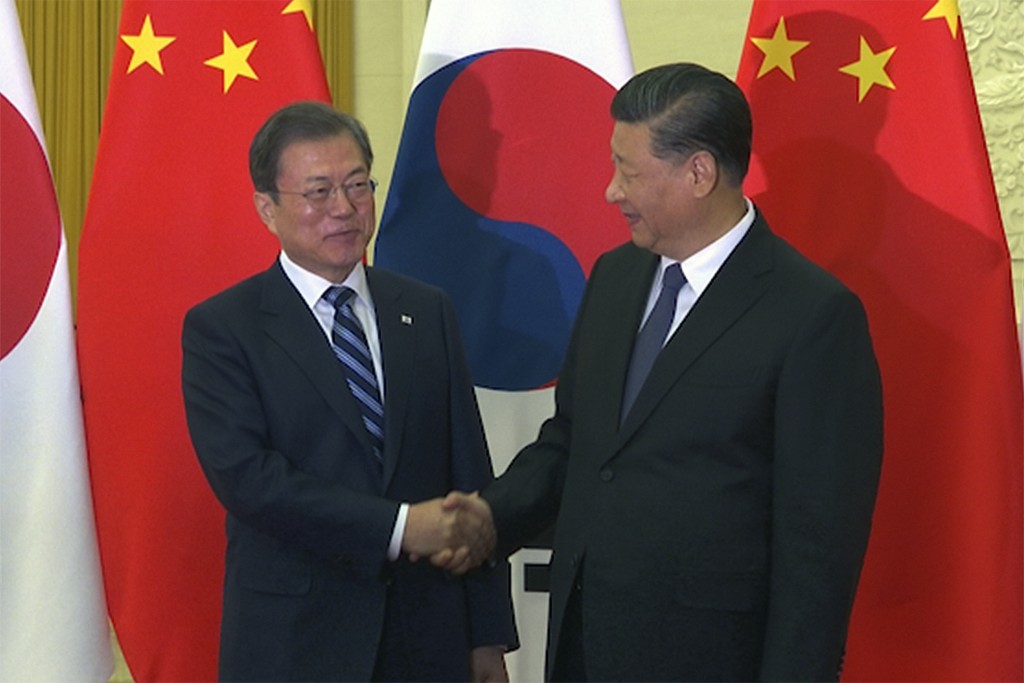 BEIJING (AP) — The leaders of South Korea and China said Monday that they look forward to improved ties following a protracted disagreement over the deployment of a U.S. anti-missile system that Beijing considers a threat.

South Korean President Moon Jae-in told Chinese leader Xi Jinping that while the sides may have felt “disappointed toward each other for a while," their shared culture and history prevented them from becoming completely estranged.

In his opening comments at the meeting at the Great Hall of the People in the center of Beijing, Xi described bilateral ties as “a substantial relationship in the world and an influential relationship among world nations."

Ties between the northeastern neighbors nosedived in 2017 after Seoul accepted the emplacement of the Terminal High Altitude Area Defense, or THAAD, system in southern South Korea. Beijing insists its real purpose is to use its powerful radars to peer deep into its territory, rather than to warn of North Korean missile launches and shoot them down.

Furious at being snubbed, China launched an unofficial boycott of everything from Chinese tour group visits to South Korea to South Korean television shows, boy bands and other cultural products. Major South Korean retailer Lotte, which provided a golf course where the missile system was deployed, was singled out for especially harsh treatment and its China business operations were essentially destroyed. Even sales of ubiquitous South Korean auto brands such as Hyundai and Kia plunged for months.

Ultimately, Beijing was unable to force South Korea to withdraw the system and its fury appears to have subsided somewhat amid the trade war with the U.S. and tensions elsewhere in Asia. South Korea now hopes to have Xi visit next year and is also anxious to have Beijing use its influence with North Korea to give a jolt to deadlocked denuclearization talks.

While South Korea appreciates the part China has played in that effort, the “current recent situations in which the talks between the United States and North Korea are stalled and tensions on the Korean Peninsula have become heightened are certainly not favorable, not only for South Korea and China but also for North Korea," Moon said in his opening comments.

“I hope that we continue to closely cooperate so that the opportunities we have gained with difficulty can come to fruition," he said.

North Korea has set a year-end deadline for the U.S. to make concessions in the nuclear talks, without apparently making any offers of its own. The U.S. says it won't accept that demand and has called on North Korea to return to negotiations. While China is the North's most important diplomatic ally and chief source of investment and economic assistance, it's ability to force Kim Jong Un's regime to alter policy is believed to be limited.

Along with meeting Xi, Moon is to take part Tuesday in a trilateral summit in the southwestern Chinese city of Chengdu with Japanese Prime Minister Shinzo Abe and Chinese Premier Li Keqiang.