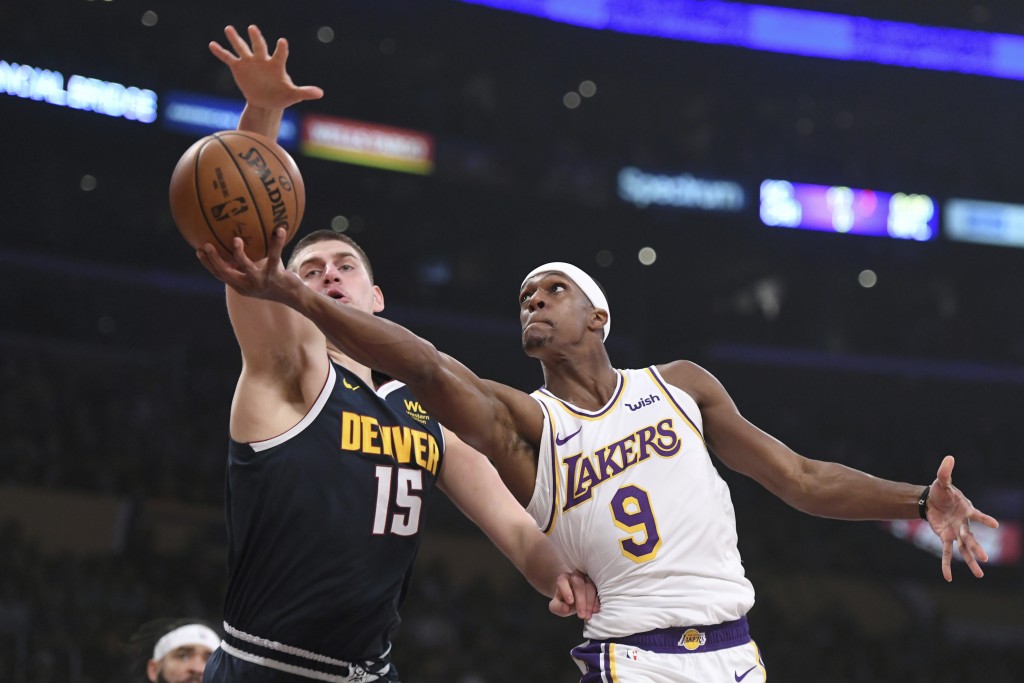 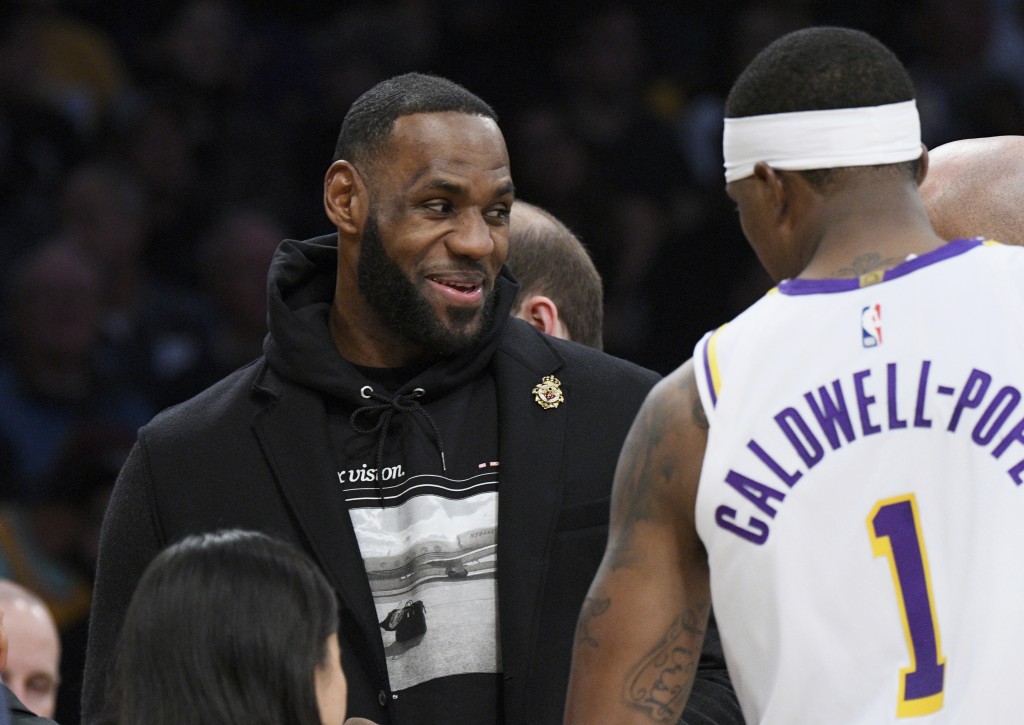 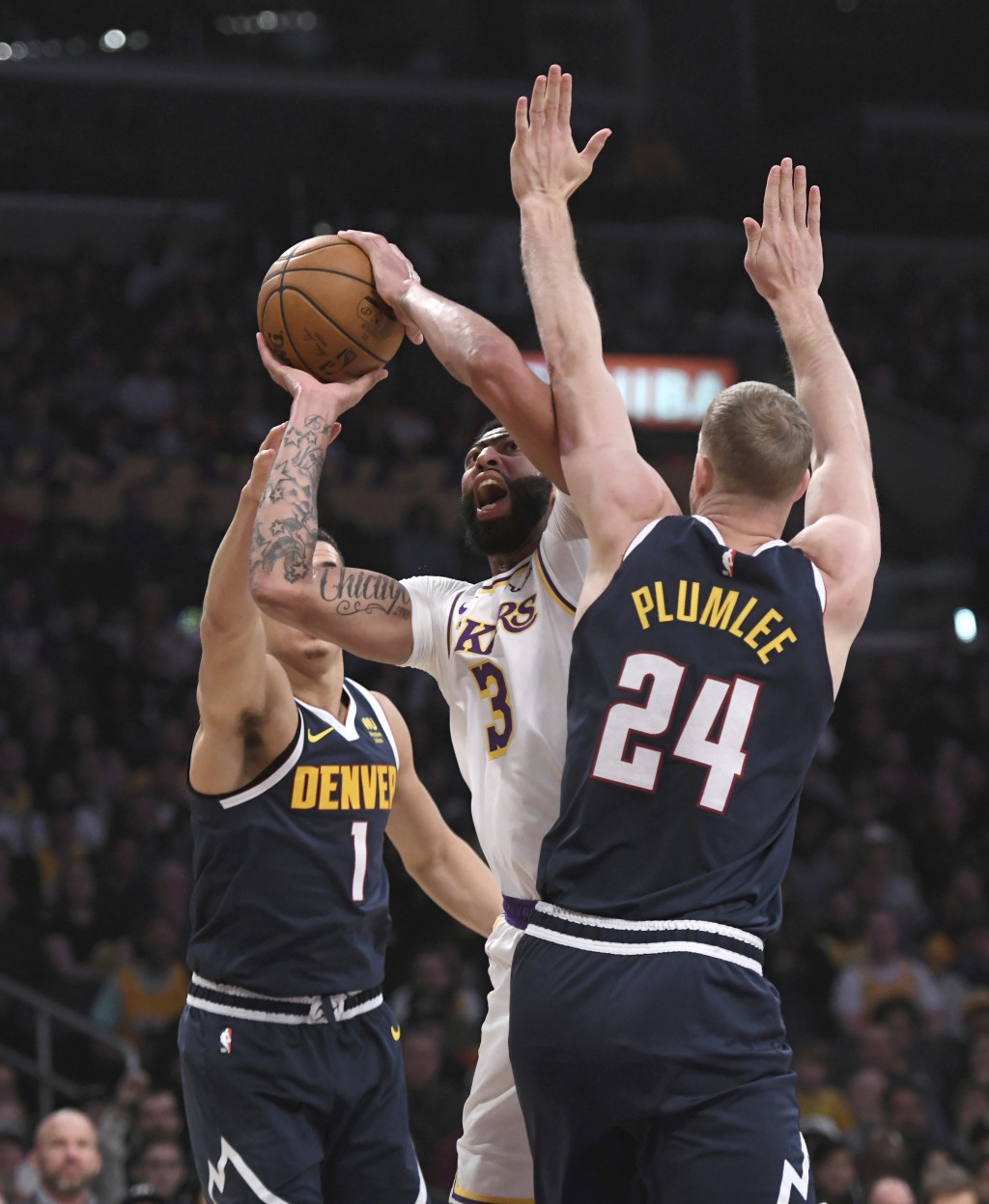 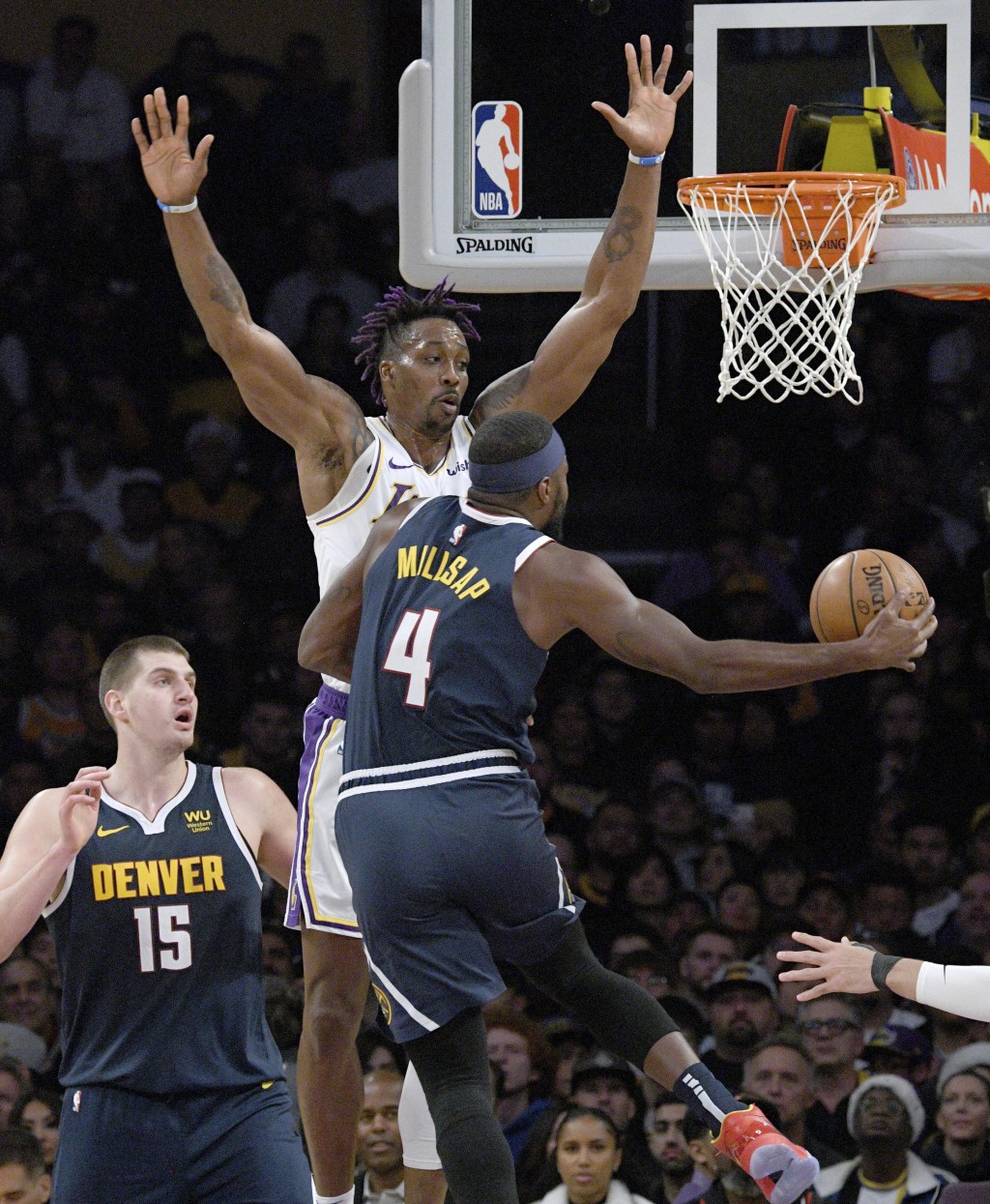 LOS ANGELES (AP) — Paul Millsap scored 21 points and the Denver Nuggets dominated the second half in defeating the Los Angeles Lakers, who were without LeBron James, 128-104 on Sunday night for their sixth win in a row.

Gary Harris added 19 points, Nikola Jokic had 18 points, Malik Beasley had 16 points and Will Barton III had 14 points and a career-high-tying 13 rebounds for the Nuggets, who pulled away to a 23-point lead early in the fourth.

James missed his first game of the season because of a thoracic muscle strain. That left the Lakers without his 25.8 point average.

With James looking on in street clothes, Anthony Davis did his best to make up for it with 32 points and 11 rebounds. He scored 11 points playing all 12 minutes of the first quarter.

Kyle Kuzma was the only other Laker in double figures with 16 points, having returned after missing five games with a sprained left ankle. Western Conference-leading Los Angeles lost its third in a row since winning seven straight.

Millsap was questionable to play because of a left knee contusion, but he consistently scored with Davis and Kuzma in the lineup late in the second quarter. His 3-pointer put the Nuggets up 55-53 at the break.

The Lakers successfully challenged a goaltending call against Davis midway through the third that took a basket away from the Nuggets. But Denver responded with a 23-11 run to take a 91-78 lead into the fourth. Seven players scored during the spurt, led by Millsap with seven.

The Nuggets opened the fourth with a 17-7 run with Harris and Beasley doing all the scoring that gave them a 108-85 lead. Beasley had nine points, making two 3-pointers, and Harris had eight.

Nuggets: Improved to 4-0 in the first game of a back-to-back. ... Their three-game road skid ended.

Lakers: They fell to 10-3 at home. ... Rondo made his first start of the season and had five points and eight assists. ... There was a pregame moment of silence for JoAnn Buss, the former wife of late Lakers owner Jerry Buss and mother of their four children, who now own the franchise. The team said she died last Monday at 86. Jerry Buss died in 2013.

Nuggets: At Phoenix on Monday in the second game of a back-to-back to conclude a two-game trip.

Lakers: Host the Clippers on Christmas in a match-up of the top teams in the West standings. The Clippers won by 10 points as the home team on opening night in October.