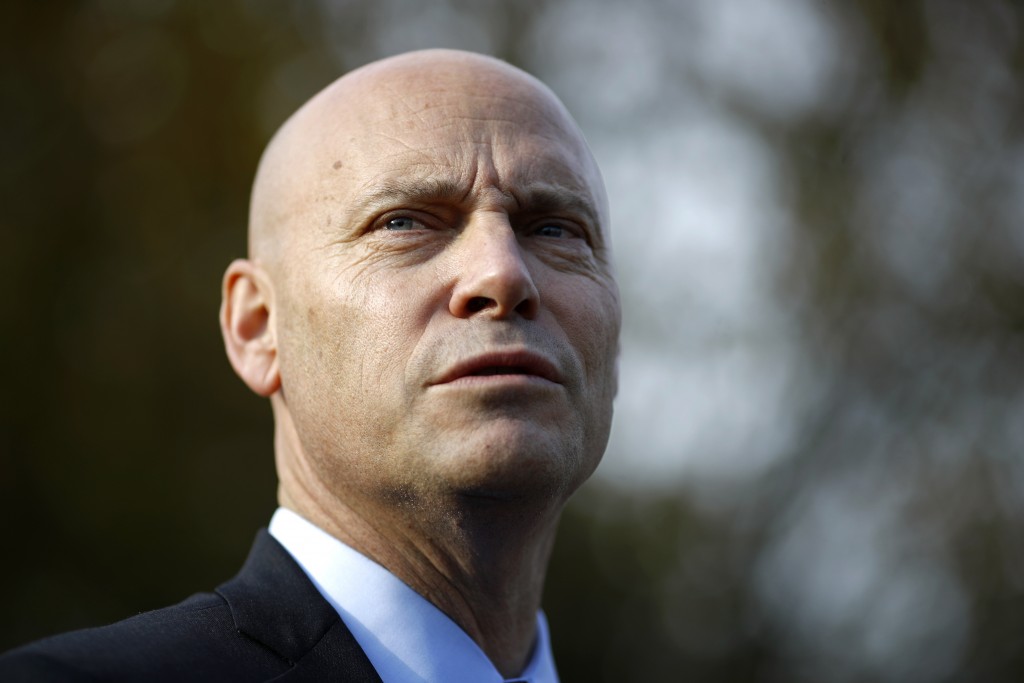 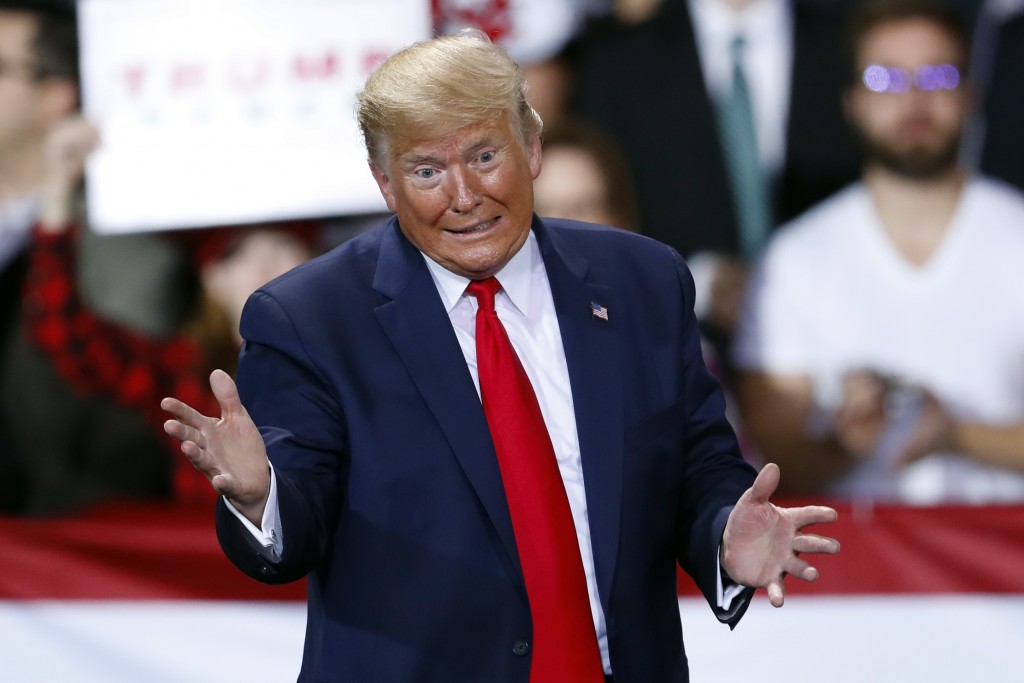 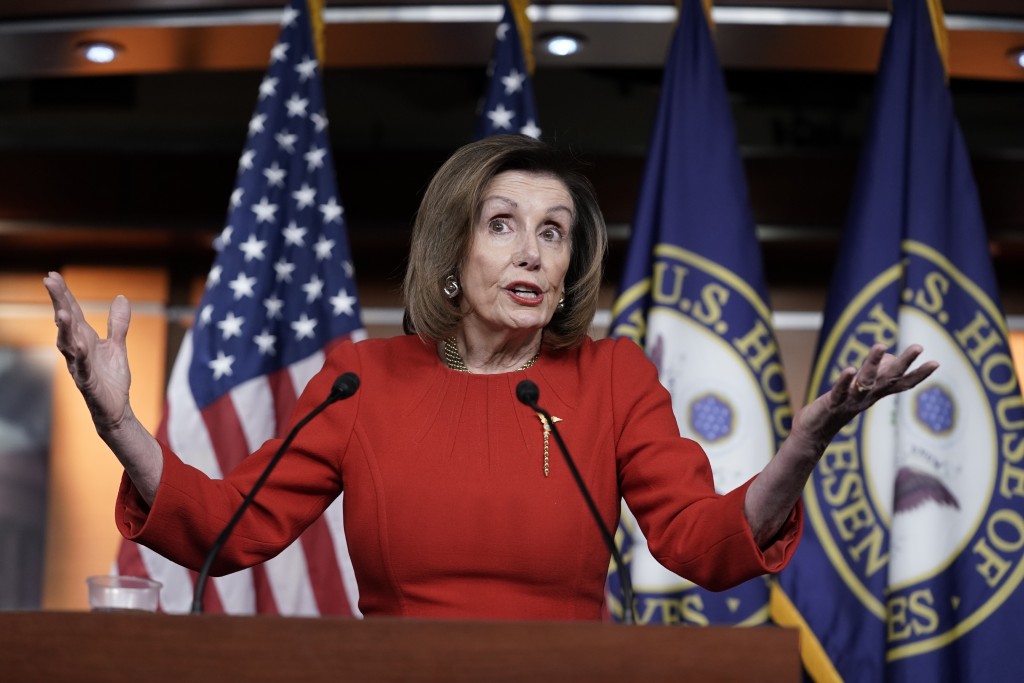 WASHINGTON (AP) — The White House is projecting confidence that it will prevail in a constitutional spat with Democrats over the nature of the Senate's impeachment trial, which threatens to deprive President Donald Trump of the swift acquittal he seeks.

The House voted Wednesday to impeach Trump, who became only the third president in U.S. history to be formally charged with “high crimes and misdemeanors." But Speaker Nancy Pelosi has delayed sending the articles of impeachment to the Senate until Republicans provide details on witnesses and testimony in hopes of shaping the upcoming trial. Democratic and Republican leaders in the chamber remain at an impasse over the question of whether witnesses will be called, but the White House believes Pelosi won't be able to hold out much longer.

“She will yield. There’s no way she can hold this position,” Marc Short, the chief of staff to Vice President Mike Pence, said Sunday. "We think her case is going nowhere.’’

Senate Majority Leader Mitch McConnell, R-Ky., and Senate Minority Leader Chuck Schumer, D-N.Y., have been at an impasse over the issue of new testimony, leaving open the possibility of a protracted delay until the articles are delivered. Trump complained Saturday that the holdup was “unfair” and claimed that Democrats were violating the Constitution, as the delay threatened to prolong the pain of impeachment and cast uncertainty on the timing of the vote Trump is set to claim as vindication.

Schumer told reporters in New York that "the Senate is yearning to give President Trump due process, which means that documents and witnesses should come forward. What is a trial with no witnesses and no documents. It’s a sham trial.”

Short called Pelosi’s delay unacceptable, saying she’s “trampling” Trump’s rights to “rush this through, and now we’re going to hold it up to demand a longer process in the Senate with more witnesses."

“If her case is so air-tight ... why does she need more witnesses to make her case?’’ Short said.

White House officials have highlighted Democrats' arguments that removing Trump was an “urgent” matter before the House impeachment vote, as they seek to put pressure on Pelosi to send the articles of impeachment to the Senate.

McConnell has all but promised an easy acquittal of the president, and he appears to have secured Republican support for his plans to impose a framework drawn from the 1999 impeachment trial of President Bill Clinton. That trial featured a 100-0 vote on arrangements that established two weeks of presentations and argument before a partisan tally in which then-minority Republicans called a limited number of witnesses.

That has sparked a fight with Pelosi and Schumer, who are demanding trial witnesses who refused to appear during House committee hearings, including acting White House chief of staff Mick Mulvaney and former national security adviser John Bolton.

A close Trump ally, Sen. Lindsey Graham, R-S.C., said Pelosi would fail in her quest "to get Mitch McConnell to bend to her will to shape the trial.’’ Graham is chairman of the Senate Judiciary Committee and was a House manager, comparable to a prosecutor, during the Senate's impeachment trial of Clinton.

“She’ll eventually send the articles because public opinion will crush the Democrats,'' said Graham. Asked whether he expected witnesses in the Senate, he replied: : “No, I don't.”

At one point, Trump had demanded the testimony of witnesses of his own, like Democrats Joe Biden and his son Hunter, and the intelligence community whistleblower whose summer complaint sparked the impeachment probe. But he has since relented after concerted lobbying by McConnell and other Senate Republicans who pushed him to accept the swift acquittal from the Senate and not to risk injecting uncertainty into the process by calling witnesses.

The Senate's second-ranking Democrat, Dick Durbin of Illinois, said his party is looking for a signal from McConnell that he hasn’t ruled out new witnesses and documents. But Durbin acknowledged that Democrats may not have much leverage in pushing a deal.

He criticized both Republican and Democratic senators who have already announced how they will vote in the trial, saying the Constitution requires senators to act as impartial jurors. Republicans hold a 53-vote majority in the Senate.

“The leverage is our hope that four Republican senators will stand up, as 20 years ago, we saw in the impeachment of Bill Clinton, and say, this is much bigger than our current political squabbles,” Durbin said.

The Constitution requires a two-thirds majority in the Senate to convict in an impeachment trial — and Republicans have expressed confidence that they have more than enough votes to keep Trump in office.