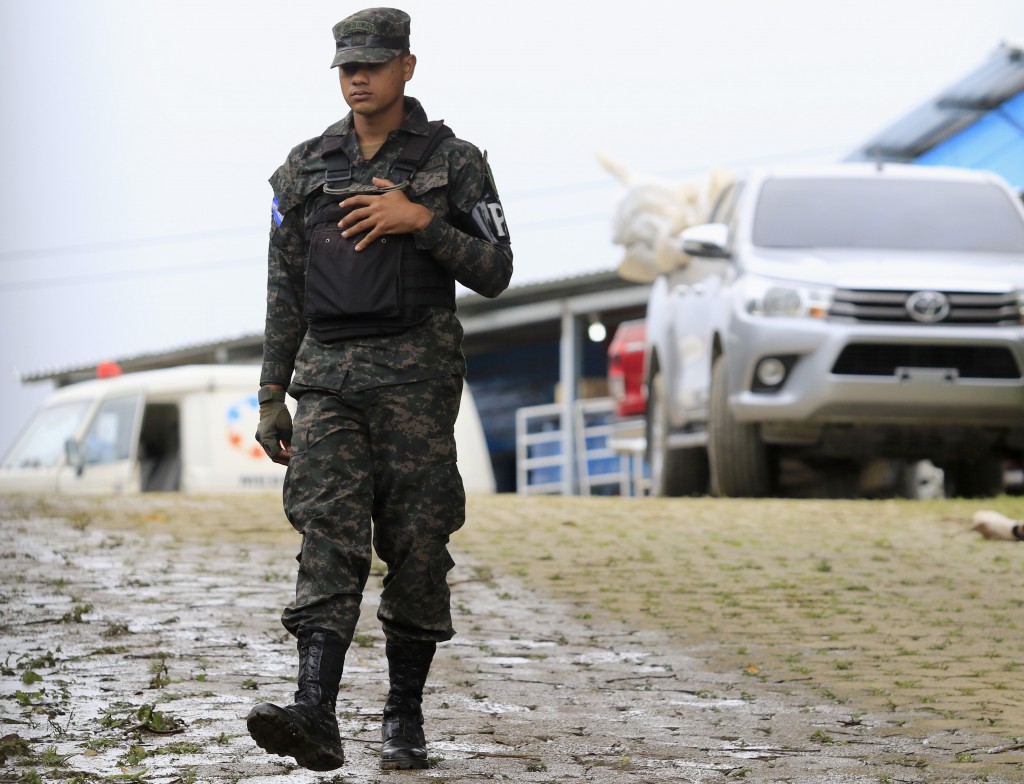 TEGUCIGALPA, Honduras (AP) — At least 16 prisoners died during fighting inside a juvenile detention center in Honduras on Sunday, two days after rioting at another prison killed 18 inmates, authorities said.

The latest bloody violence occurred at a maximum security prison in the municipality of El Porvenir, 116 kilometers (72 miles) from the Honduran capital of Tegucigalpa.

The rioting was confirmed to The Associated Press by José Coello, spokesman for the National Interagency Security Force, an entity formed from the military and the National Police to deal with the recent unrest in Honduras' prisons. He gave no further details.

The task force was put in charge of managing the country's 29 prisons and juvenile detention centers Tuesday when the federal government declared a state of emergency throughout the National Prison System. Civilian officials in the system were suspended, and the special commission will seek to root out corruption and violence in prisons.

Digna Aguilar, communications director for the prison system, said she could not comment on what happened Sunday.

"We are counting the deceased and it would be irresponsible to give an exact number," she told AP.

Prisoners at the detention center were reportedly having a meal when several inmates armed with knives attacked fellow detainees. The attack also wounded a dozen inmates, one of whom died later.

The outburst came after inmates, including some armed with guns, battled each other Friday at a prison in the city of Tela, leaving 18 dead and 16 wounded.

Before Sunday's bloodshed, the Observatory of Violence of the National Autonomous University of Honduras had counted a total of 27 killings in three separate incidents of multiple deaths inside prisons so far in 2019.