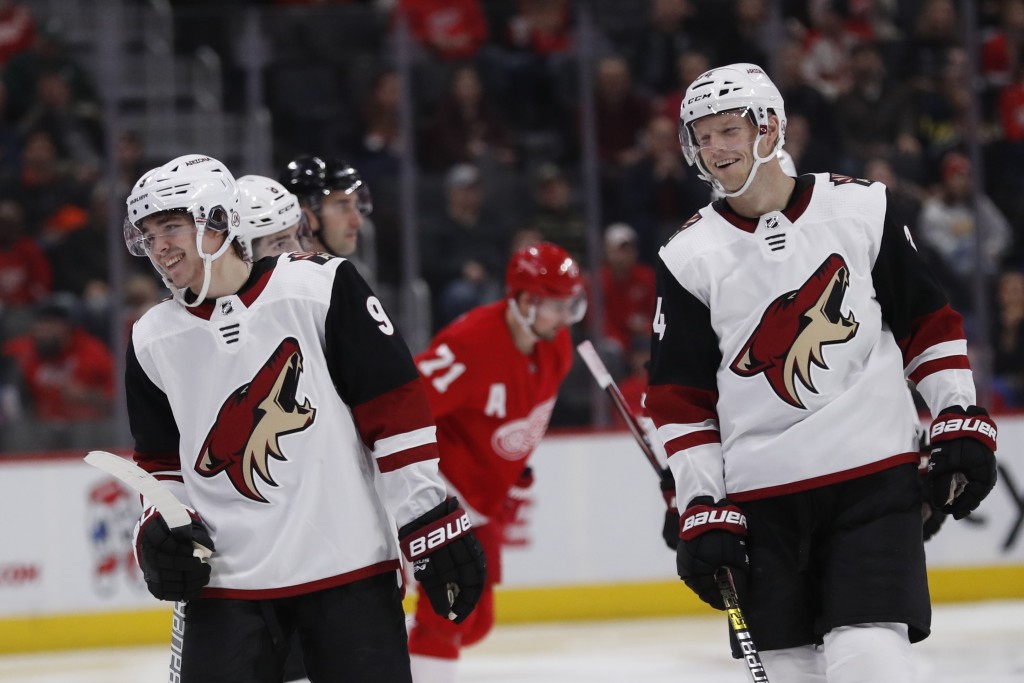 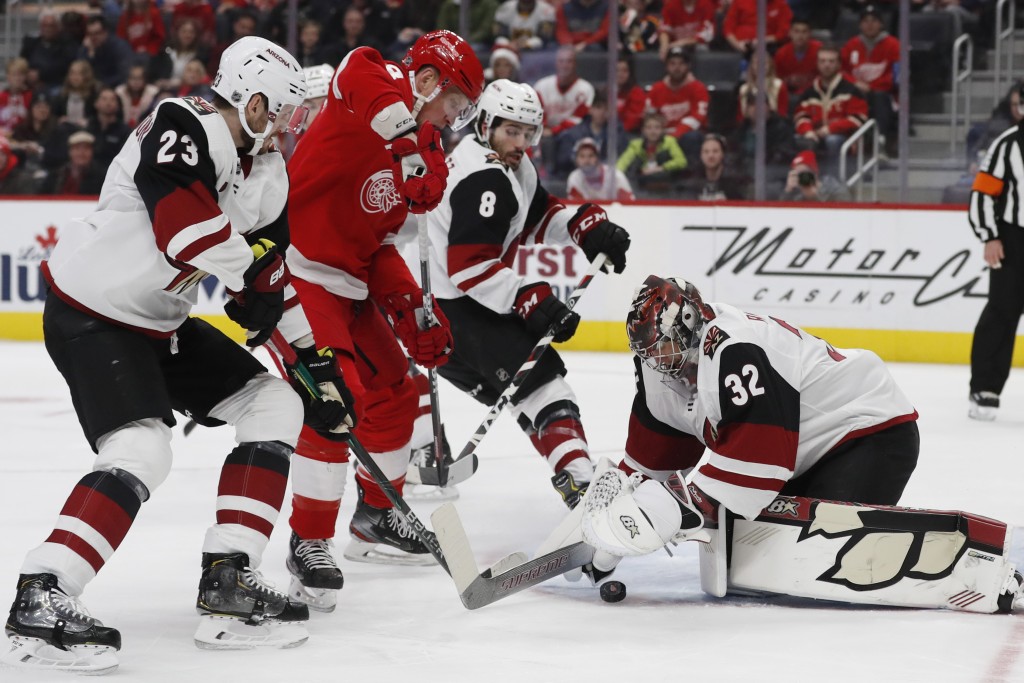 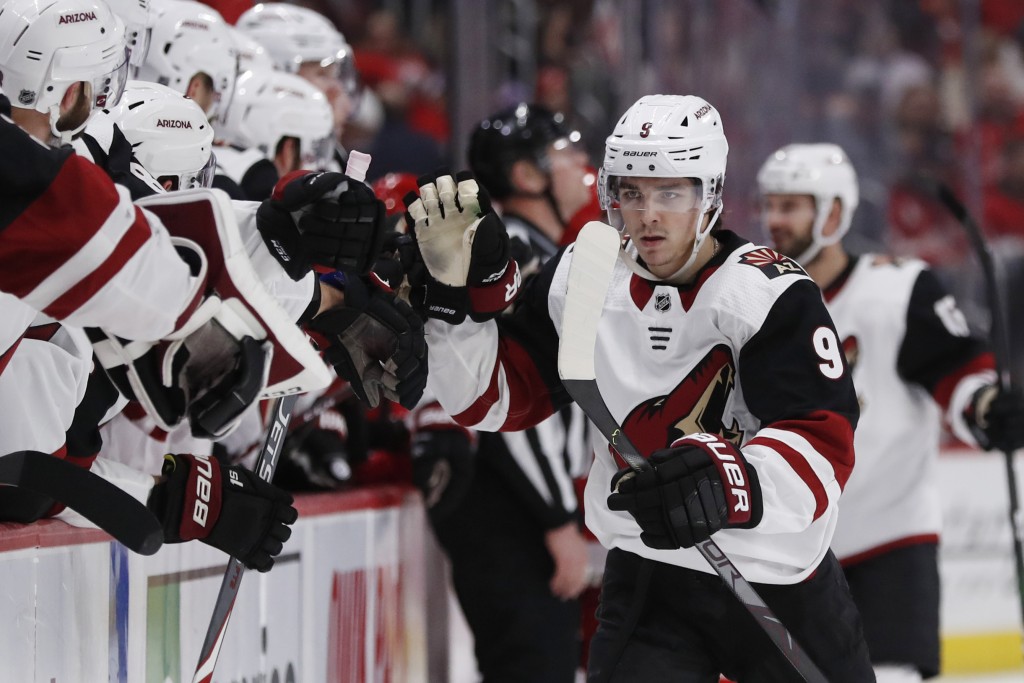 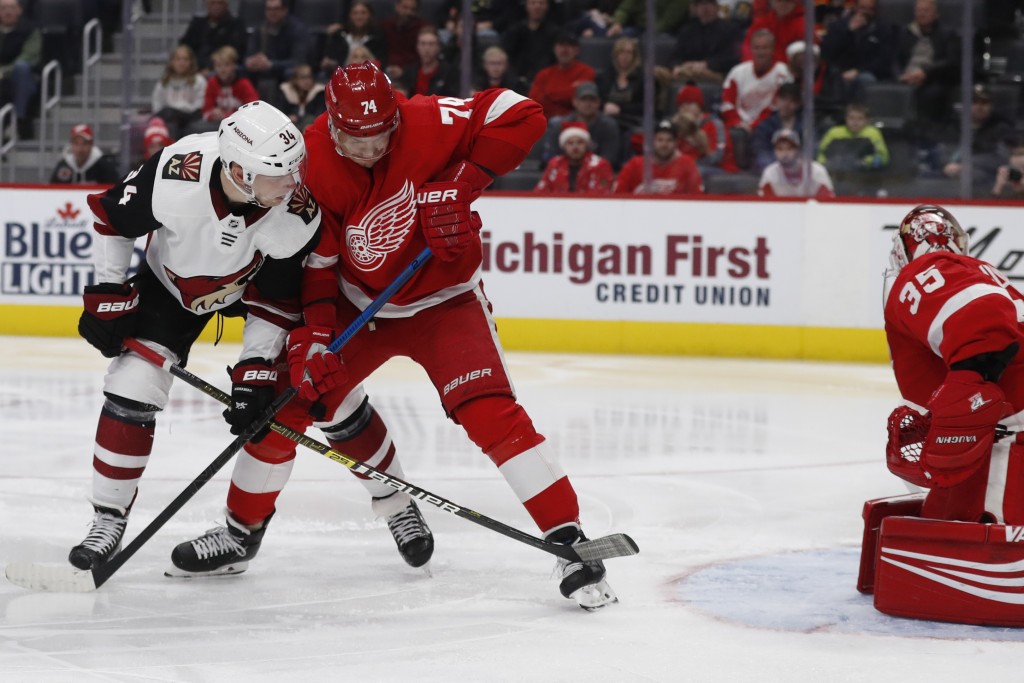 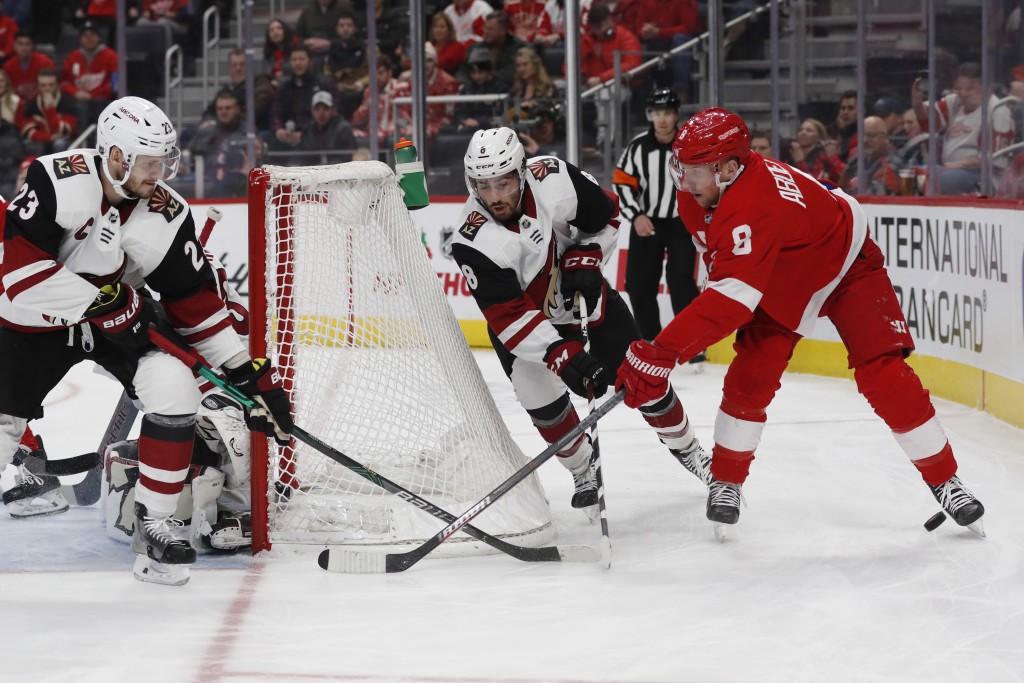 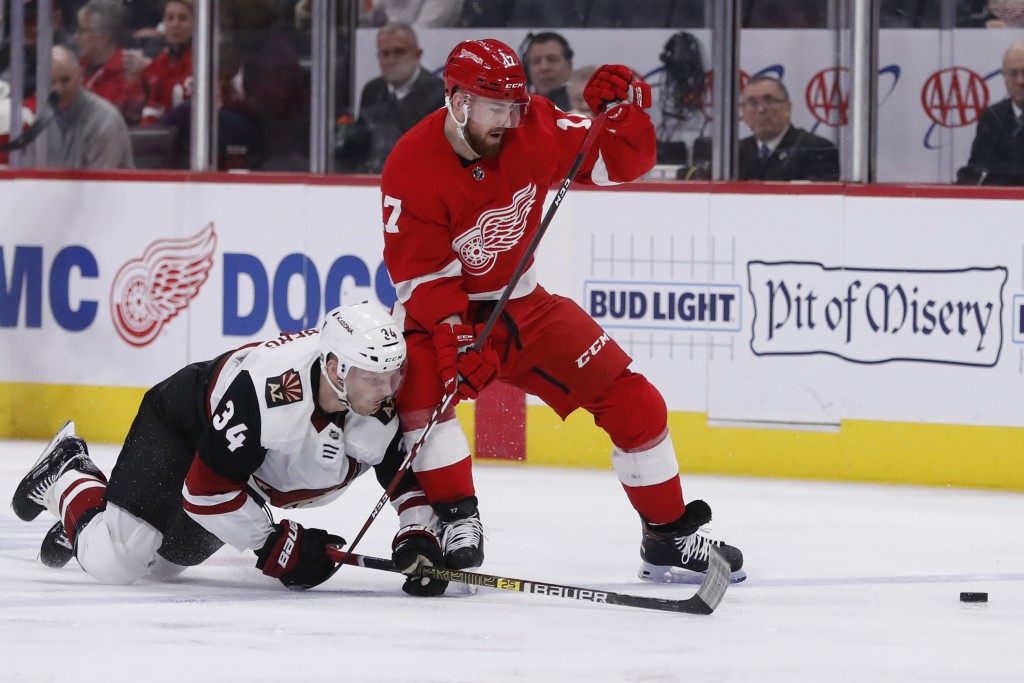 DETROIT (AP) — Clayton Keller had two goals and an assist to lead the Arizona Coyotes past the Detroit Red Wings 5-2 on Sunday night.

Antti Raanta made 28 saves in Arizona’s first game since No. 1 goalie Darcy Kuemper sustained a lower-body injury Friday during an 8-5 loss to Minnesota.

Filip Zadina and Tyler Bertuzzi scored for Detroit. Jimmy Howard stopped 40 shots in his return after missing 10 games with a lower-body injury. He was recalled from a conditioning stint with Grand Rapids of the AHL earlier in the day.

Keller’s two goals in the first period gave the Coyotes a 2-0 lead.

Keller opened the scoring with 6:35 left in the first when put in a one-timer from the bottom of the right circle that Howard got a piece of. Keller’s second goal and 10th of the season came with 3:17 remaining in the period when his wrist shot from the top of the right circle beat Howard. Both goals came off the rush.

Soderberg made it 3-0 just 39 seconds into the second period when he put in Keller’s rebound after a turnover in front of his own net by Darren Helm. It was Soderberg’s 11th goal.

Hall got his seventh 5:41 into the third period.

Zadina thwarted Raanta’s shutout bid at 9:59 of the third with his third goal. Dvorak scored his ninth 27 seconds later.

Bertuzzi got his fourth goal in five games and 14th of the season with 4:29 left.

NOTES: Arizona D Jordan Gross made his NHL debut. … Coyotes D Jason Demers, who has missed six games with a lower-body injury, is skating with the team and could play later this week. … Detroit forward Robby Fabbri was fined the maximum $2,419.35 for spearing Toronto forward Alexander Kerfoot in a 4-1 loss Saturday night. … Red Wings RW Anthony Mantha did not play after sustaining an upper-body injury Saturday when he was thrown to the ice — on his head and face — by Maple Leafs D Jake Muzzin.

Coyotes: At the Nashville Predators on Monday.

Red Wings: At the Florida Panthers on Saturday.