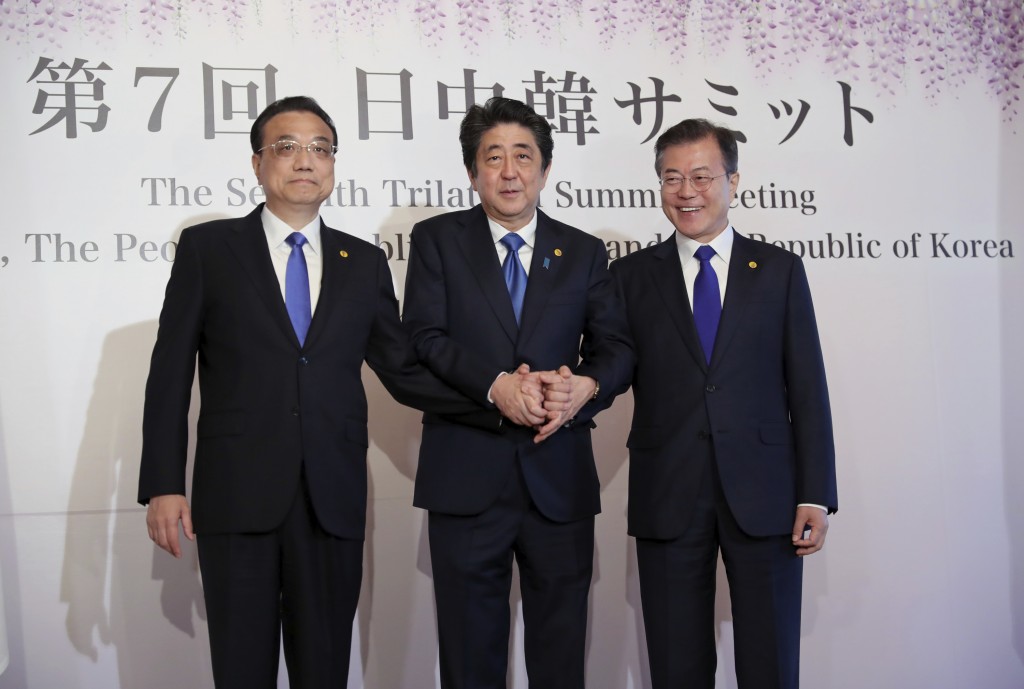 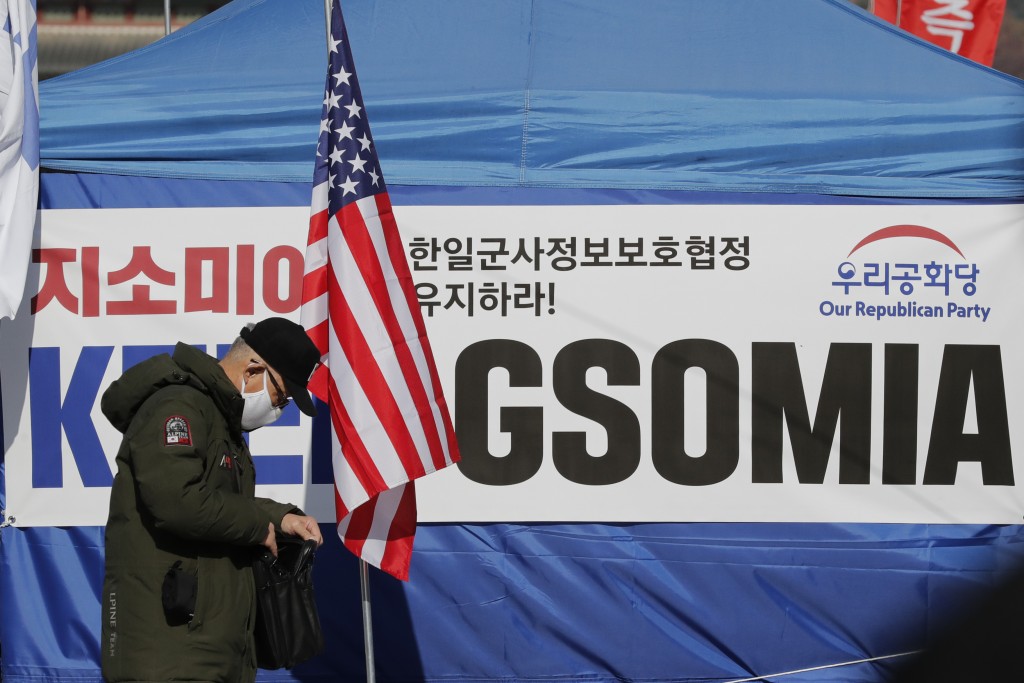 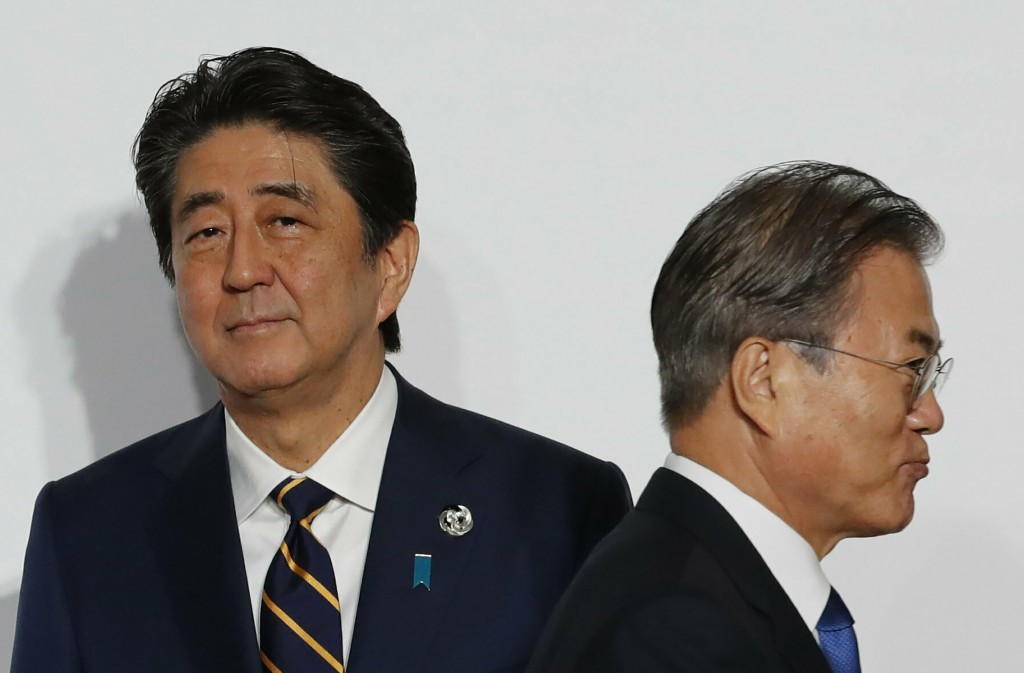 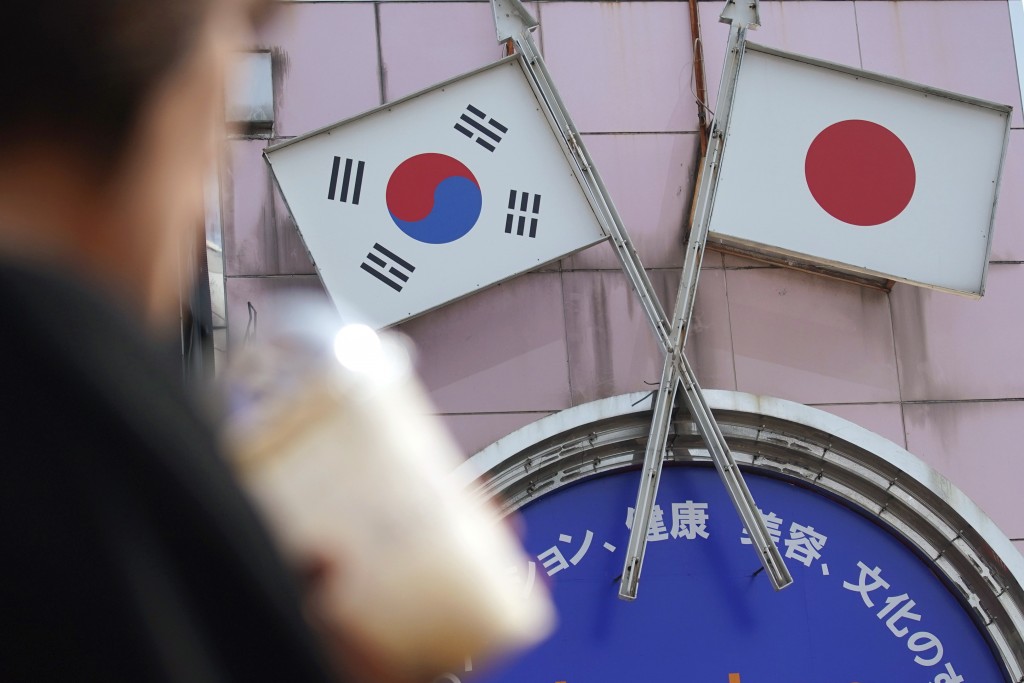 BEIJING (AP) — The leaders of China, Japan and South Korea are holding a trilateral summit in China this week amid feuds over trade, military maneuverings and historical animosities. Most striking has been a complex dispute between Seoul and Tokyo, while Beijing has recently sought to tone down its disagreements with its two neighbors.

Economic cooperation and the North Korean nuclear threat are the main issues binding the Northeast Asian troika. While no major breakthroughs are expected at the meetings, the opportunity for face-to-face discussions between the sometimes-mutual antagonists is alone considered significant. Below is a look at the current state of relations among the three.

Tensions rooted in South Korean resentment over Japan’s 20th century colonial occupation spiked this year to a level unseen in decades as they traded blows over wartime history, trade and military-to-military cooperation.

The countries managed to strike a fragile truce in November after intervention by the United States, which was concerned about the growing rift between its two key Asian allies. Seoul then walked back a declaration to terminate a bilateral military intelligence-sharing agreement with Tokyo, an important symbol of their three-way security cooperation driven by the nuclear threat from North Korea and China’s growing regional clout.

Tokyo, in turn, agreed to resume discussions with Seoul on their dispute over Japan’s tightened controls on exports of key chemicals used by major South Korean companies to make computer chips and smartphone displays. Japan’s controls were widely seen as retaliation for South Korean court rulings that called for Japanese companies to offer reparations to aging South Korean plaintiffs for their World War II forced labor. Last Friday, Japan announced that it will ease export restrictions on one of the chemicals.

South Korean President Moon Jae-in and Japanese Prime Minister Shinzo Abe will hold a one-on-one meeting on Christmas Eve on the sidelines of the trilateral summit.

“Considering the recent difficulties in bilateral relations, holding the meeting itself has a large meaning,” Kim Hyun-chong, deputy chief of South Korea’s presidential National Security Office, said in a briefing in Seoul. “We hope that ... the meeting will help keep the momentum of dialogue alive and provide an opportunity for improvement in South Korea-Japan relations.”

South Korea’s relations with China, its biggest trading partner, have been strained over Seoul’s decision to host a U.S. anti-missile system that Beijing perceives as a security threat.

China says the real purpose of the Terminal High Altitude Area Defense, or THAAD, system placed in southern South Korea is to peer deep into its territory, rather than to warn of North Korean missile launches.

While Beijing’s fury appears to have subsided, there’s also uneasiness in Seoul over increasing Chinese and Russia air patrols over waters between South Korea and Japan. Experts say those are designed to test the strength of security cooperation between the U.S. allies.

South Korea has been eager to arrange a visit by Chinese President Xi Jinping next year. Han Jung-woo, a spokesman for Moon, said the president plans to use his one-on-one meeting with Xi in China on Monday to “discuss ways to develop South Korea-China ties and facilitate bilateral exchanges and cooperation and also exchange deep views over the political situation of the Korean Peninsula.”

China’s relations with Japan had been more acrimonious than with any other foreign state, but have in recent years undergone a remarkable transformation, partly as a result of the U.S.-China tariff war.

Planning is underway for a state visit by Xi to Japan in the spring, made possible by the temporary shelving of contentious political issues and Beijing’s desire to exploit regional dissatisfaction with Washington over its trade policies.

“At this juncture, it is common sense for China to improve relations with its neighbors Japan and South Korea,” said Shi Yinhong, a professor of international relations at Beijing’s Renmin University.

However, some in Japan oppose Xi coming at a time when more than a dozen Japanese citizens have been arrested on spying allegations in China and Chinese naval and coast guard ships routinely violate Japanese waters around disputed East China Sea islands.

Japan also considers China’s growing maritime activity in regional seas and the upgrading of its military as a threat along with North Korea’s missile and nuclear programs. Tokyo has responded by upgrading its own defense capabilities and working with Chinese rival India, as well as with Southeast Asian countries and Australia.

Associated Press writers Mari Yamaguchi in Tokyo and Hyung-jin Kim and Kim Tong-hyung in Seoul contributed to this report.