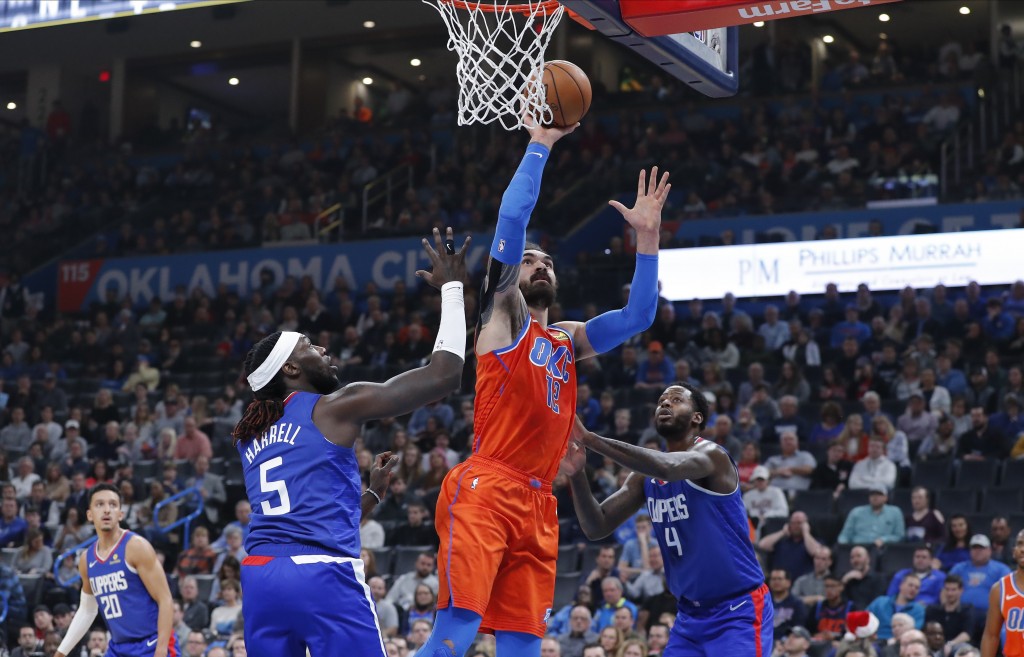 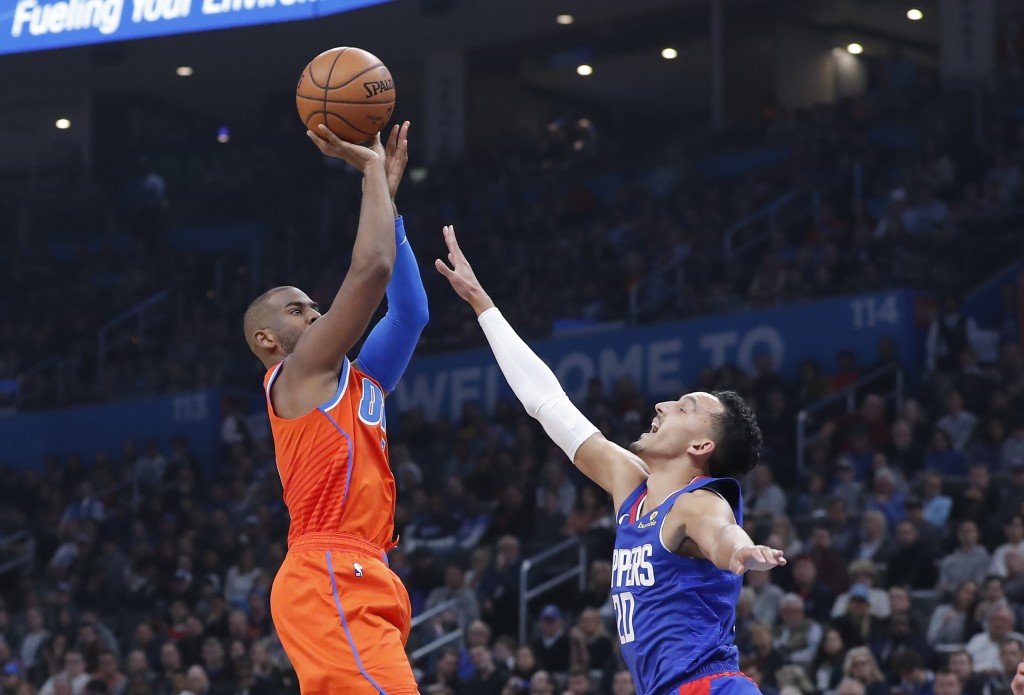 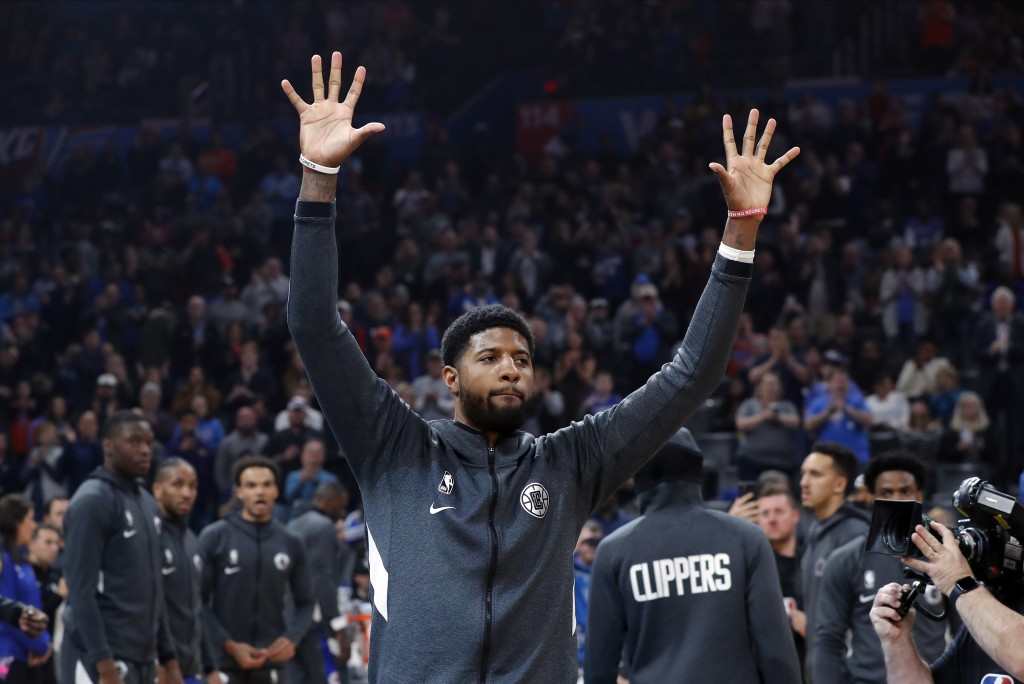 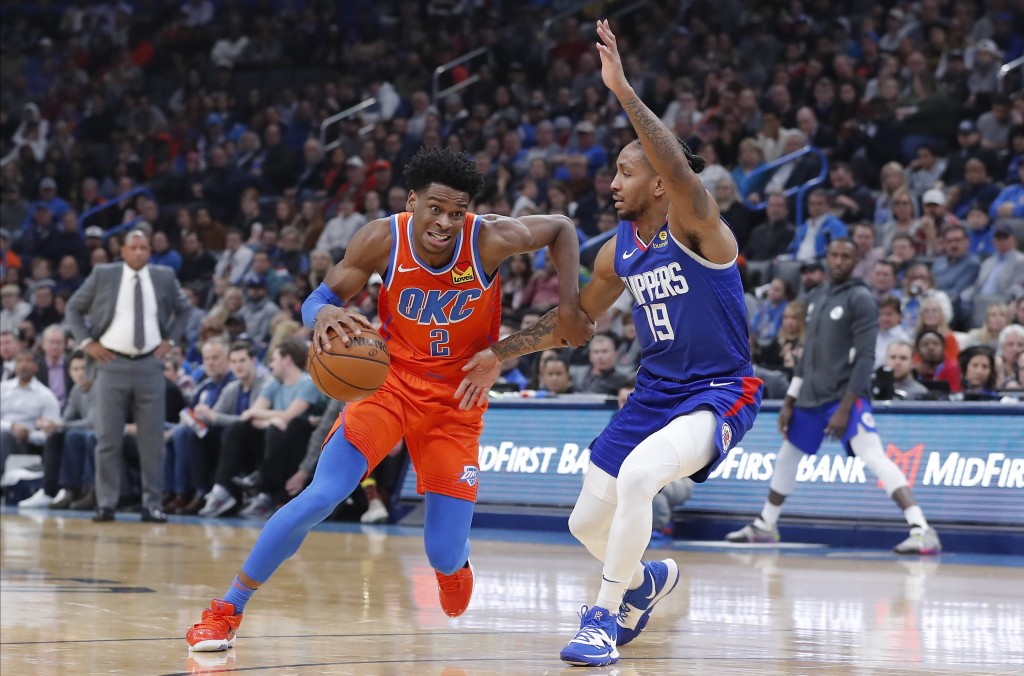 Oklahoma City trailed by 18 points in the second quarter, making it the third time in seven days the Thunder overcame a deficit that big to win.

Paul George scored 18 points in his first game back in Oklahoma City since being traded from the Thunder to the Clippers. He was cheered loudly during pregame introductions.

Dennis Schroder scored 28 points and Steven Adams added 20 points and 17 rebounds to help the Thunder win their fourth straight. Oklahoma City has won nine of 12 to move above .500 for the first time this season.

The Clippers led 63-57 at the half, with Gilgeous-Alexander scoring 19 points for the Thunder.

Gilgeous-Alexander's layup tied it at 66 in the third quarter. After the Clippers seemed to regain control, the Thunder hung. Chris Paul's 3-pointer at the third-quarter buzzer cut it to 89-86.

With 5:35 to play, Harrell appeared to score and draw a foul. The basket would have given the Clippers a 100-94 lead with a free throw coming. The Thunder challenged the call and it was changed to an offensive foul on Harrell.

Clippers: Patrick Patterson, who played for the Thunder last season, started and also was cheered during pregame introductions. ... G Patrick Beverley sat out with a sore right groin. Williams got his fourth start of the season in Beverley's place.

Thunder: F Danilo Gallinari did not play due to left ankle soreness. He ranks second on the team with 18.0 points per game. ... Rookie Darius Bazley got his second career start in Gallinari's place. He finished with seven points.