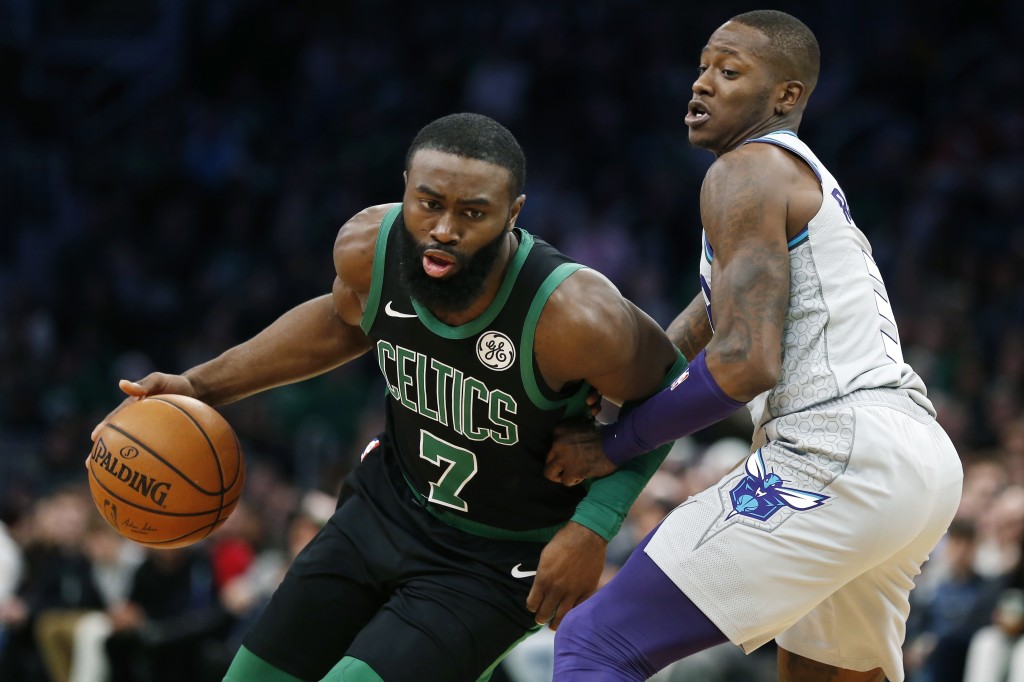 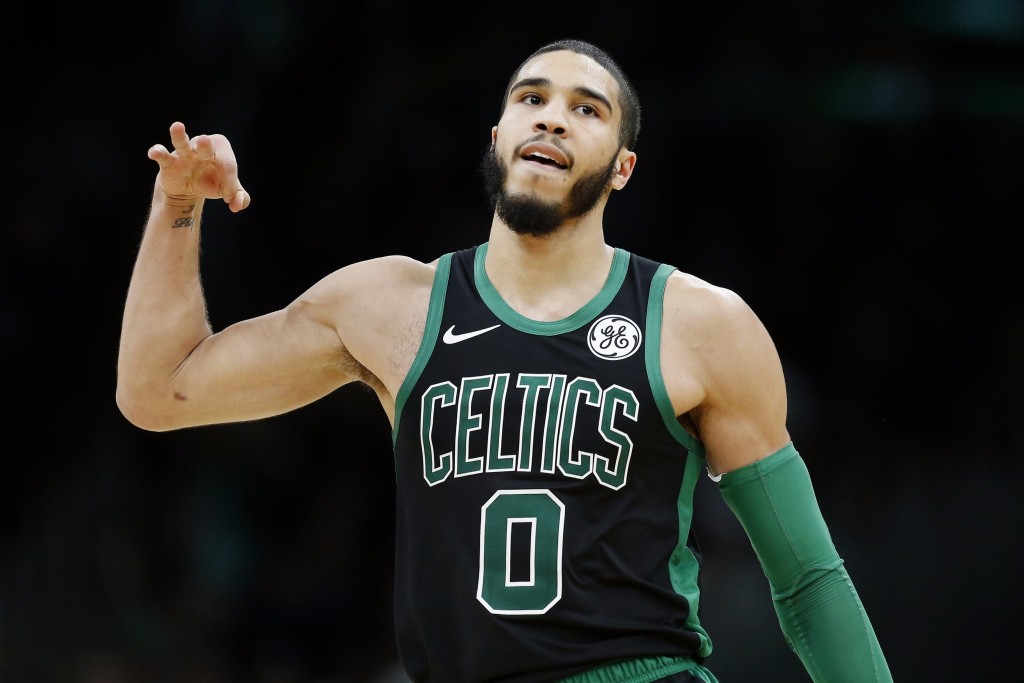 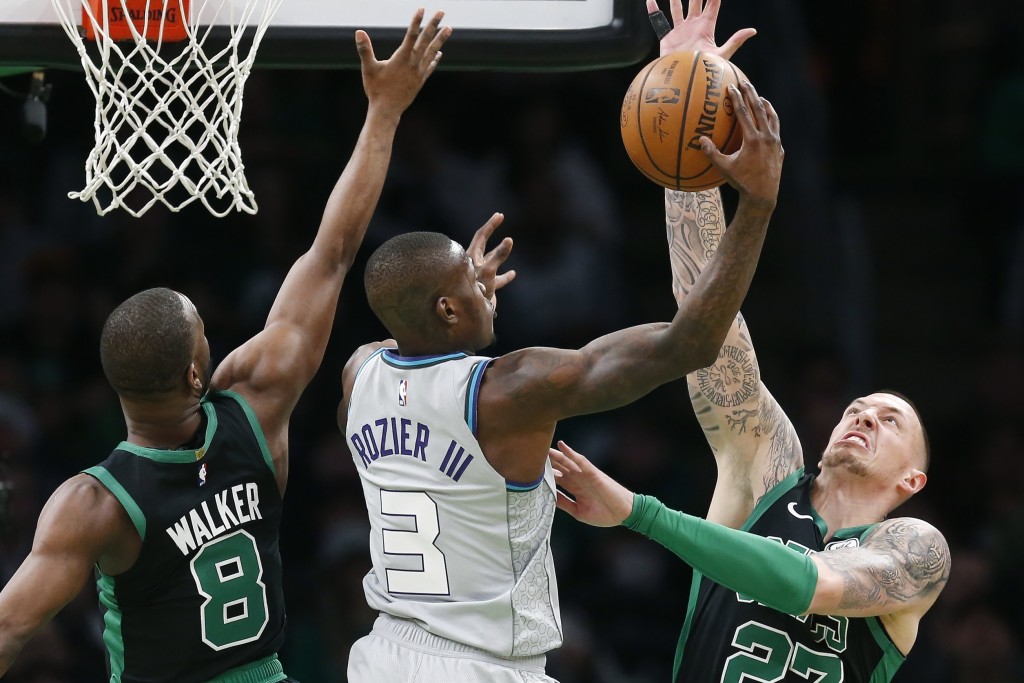 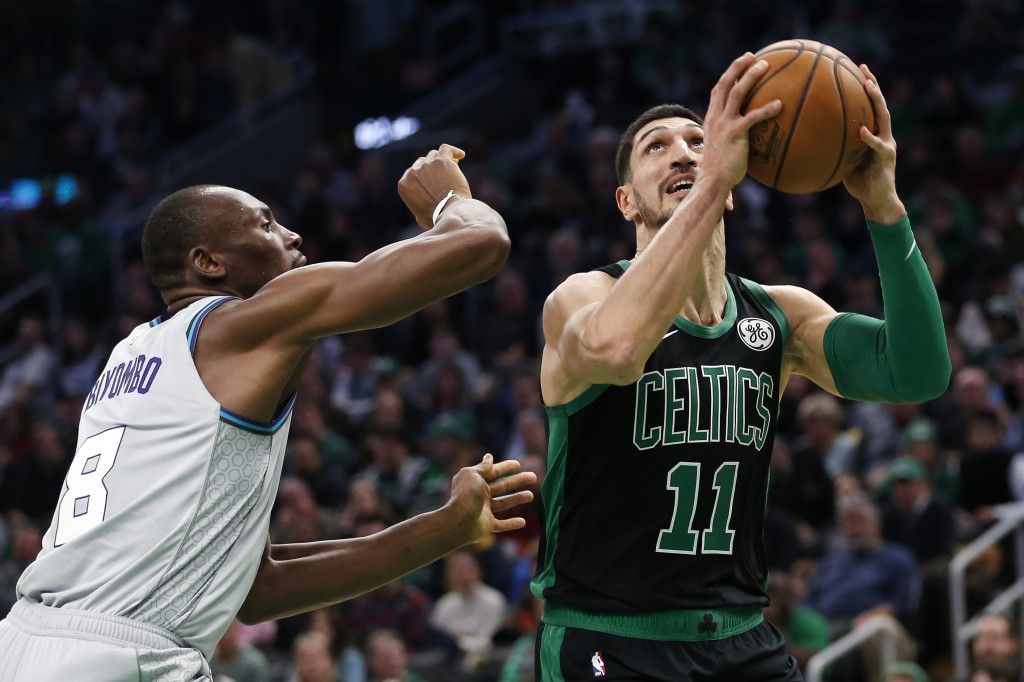 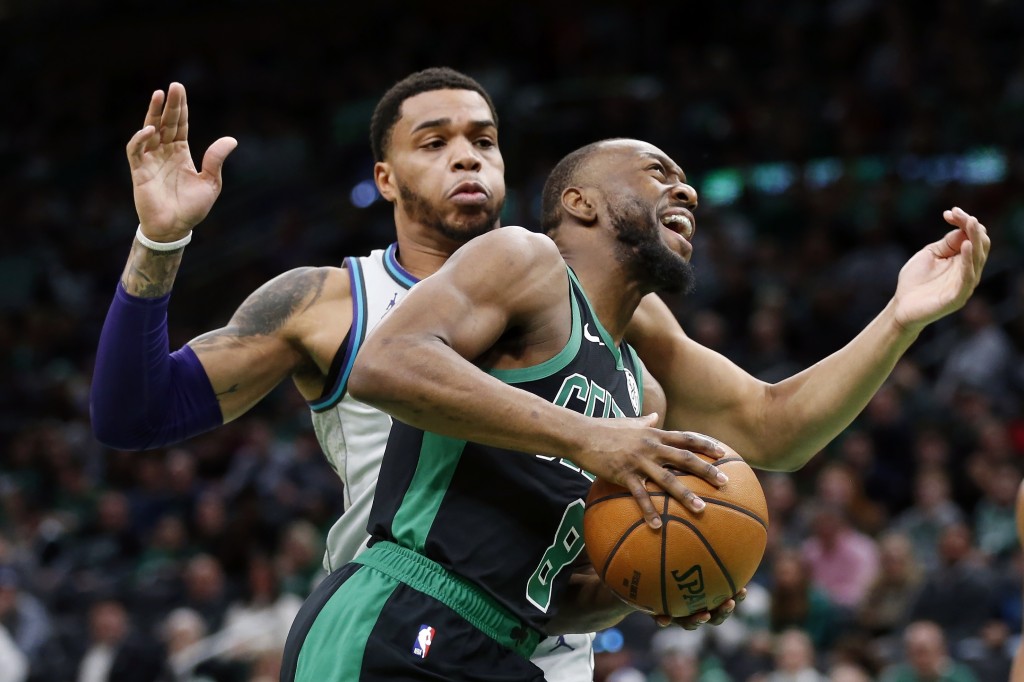 BOSTON (AP) — Jayson Tatum had a career-high 39 points and 12 rebounds, Kemba Walker scored 23 points against his former team, and the Boston Celtics beat the Charlotte Hornets 119-93 on Sunday night.

Tatum eclipsed his previous high of 34 points against Brooklyn on Jan. 14. Jaylen Brown added 16 points and nine rebounds, and rookie Grant Williams added 12 points off the bench for the Celtics. Boston has won three straight and seven of nine.

Devonte’ Graham had 23 points and 10 assists, Bismack Biyombo scored 18 and Miles Bridges 15 to lead the Hornets. Charlotte has dropped three straight and four of five.

Terry Rozier scored 14 for the Hornets in his return to Boston. He left the team in free agency last summer. Rozier finished with three points on 1-of-11 shooting in a 108-87 home loss to Boston on Nov. 7.

Walker had 14 points on 4-of-12 shooting in his return to Charlotte in November. Walker left the Hornets in July after eight seasons, joining the Celtics on a four-year, $141 million deal in free agency.

Boston opened the game’s first double-digit lead at 72-62 on a 3-pointer from the right corner by Semi Ojeleye with 7:24 left in the third quarter.

Malik Monk’s three-point play 13 seconds into the fourth cut the Celtics’ lead to 84-80, but Tatum scored 17 of the Celtics’ next 19 points to blow the game open.

Tatum’s stepback 3-pointer with 4:30 remaining gave him a career high, and he finished with 22 points in the fourth. Boston led by as many as 26 points in the closing minutes.

Graham scored 17 points as Charlotte led 37-30 after one quarter, but the second-year guard was held to two in the second and Boston took a 59-56 lead into halftime.

Graham was hot in the first quarter, going 5 for 6 from beyond the arc. Graham tied a franchise record for 3-pointers in a quarter, a record shared by ex-Hornet Walker. Graham’s 17 first-quarter points also matched Walker for the most by a Hornets player in the last two seasons.

Rozier, nicknamed “Scary Terry” during his tenure in Boston, is a combined 7 for 28 in two games against his former team.

For the second straight game, the crowd erupted when Celtics’ 7-foot-5 reserve Tacko Fall stood up to check in with three and a half minutes remaining. The crowd again chanted “MVP!” and cheered wildly for every play Fall was involved in. Fall finished with four points, two rebounds, and a block.

Hornets: Rookie F P.J. Washington was sidelined for a fifth straight game after fracturing his right pinkie finger on Dec. 13 at Chicago. Washington, the No. 12 overall pick in this year’s draft, is averaging 12.3 points through 28 games.

Celtics: F Gordon Hayward (sore left foot) sat out a third straight game, but coach Brad Stevens said he “felt better” after a morning workout. “I would guess he’ll be bumped up to probable after today,” Stevens said. ... G Marcus Smart (eye infection) has been cleared to work out at the team’s facilities. Stevens said he expects Smart to return shortly after a six-game absence. ... G Carsen Edwards was available after being considered probable with a right quad contusion. Edwards was recalled from Maine of the NBA G-League before the game.