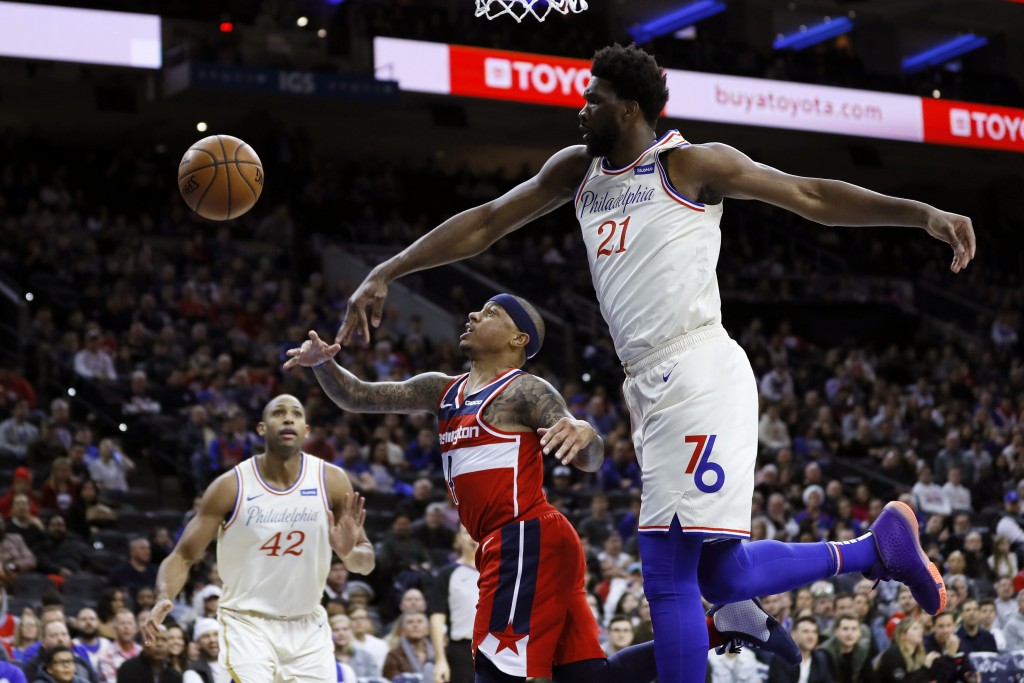 NEW YORK (AP) — Washington guard Isaiah Thomas was suspended for two games without pay by the NBA on Sunday for entering the spectator stands late in the Wizards' loss at Philadelphia on Saturday night.

The NBA said the fans involved have been banned by the 76ers for one year from Wells Fargo Center events and the ticket-holders’ seats have been revoked.

Thomas is averaging 1.6 points and 4.8 assists in his first season with Washington.