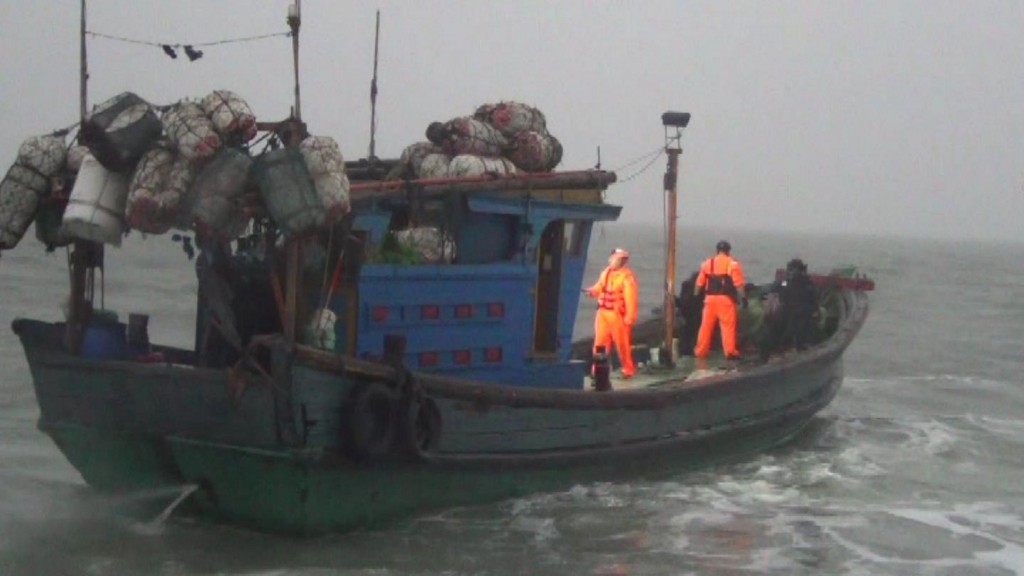 Two Chinese fishing boats were seized and 16 fishermen detained Sunday for illegally fishing in Taiwan waters, according to a statement released that day by the Coast Guard Administration (CGA).

Both boats initially refused to cooperate with CGA personnel, so officers had to board the vessels with force, said Chan Wen-Chung (詹文中), a deputy captain at the CGA's Penghu branch.

The 16 fishermen, including two skippers surnamed Hung (洪) and Tsai (蔡), were detained and the CGA found 300 kilograms and 100 kg of fish, respectively, on board the two vessels, Chan said.

Three kg of pork was also found aboard the Mintungyu No. 61516, which will be destroyed by quarantine authorities, Chan said, in order to prevent the entry into Taiwan of African swine fever, an infectious disease that is lethal to pigs and which is spreading in China.