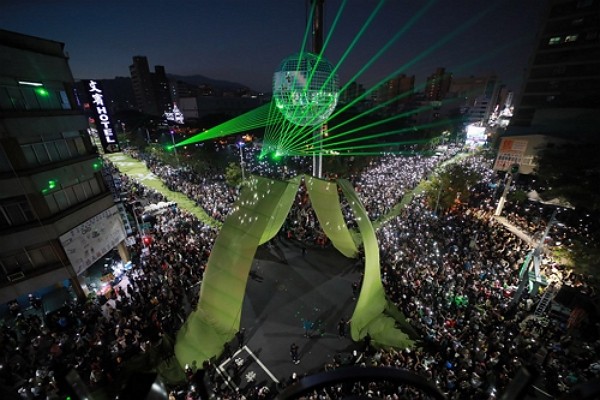 TAIPEI (Taiwan News) — After a protest which reportedly drew half a million marchers, the WeCare campaign said it would officially file its recall request against Kaohsiung City Mayor Han Kuo-yu (韓國瑜) next Thursday (Dec. 26).

While a rally in favor of Han, who is also the Kuomintang (KMT) presidential candidate, was reportedly attended by 350,000 people in another part of town on Saturday (Dec. 21), the supporters of the recall claimed they attracted 500,000 marchers, far more than the 100,000 they had originally called for.

After the march, organizers said they would hand over the necessary signatures for the recall petition to the Election Commission on Dec. 26. That date has reportedly been chosen because it falls just one day after the end of a one-year moratorium on recall votes.

Under the Civil Servants Election and Recall Act, the first phase includes the submission of signatures from 1 percent of voters, in this case at least 22,800 out of Kaohsiung’s 2.28 million eligible voters.

In the second phase, 10 percent, or 228,000 signatures, will have to be produced, but WeCare said it collected 300,000 in the case that some were disqualified.

Reports have suggested that the recall could take place next April or May, months after the January 11 election.

At least 25 percent of eligible voters will have to cast a ballot, with more in favor of the recall than against, in order for the mayor to be ousted.