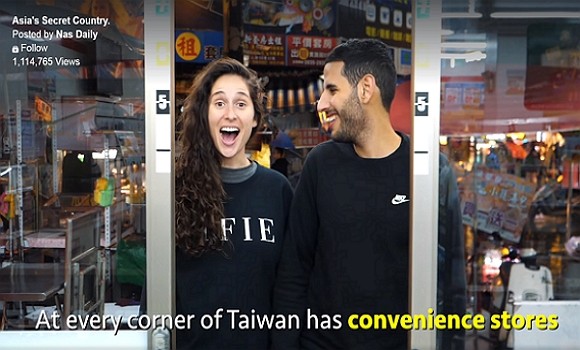 Often referred to as Nas Daily, the popular social media personality has approximately 14 million subscribers on Facebook and is known for having shared daily one-minute videos for 1,000 consecutive days. He participated in the Spend a Night @ Taiwan's Presidential Building event organized by Taiwan's General Association of Chinese Culture (GACC) on Dec. 5 along with his girlfriend Alyne Tamir.

At the beginning of the three-minute video titled "Asia's Secret Country," which has accumulated one million views in less than five hours, Nas points out that Taiwan does not exist as a country in the United Nations or in the search bars of many international airlines. He added that the name "Taiwan" was not even printed on some world maps.

In the video, Nas says that in addition to being one of the most politically interesting places in the global community, the country impressed him. The Israeli influencer continues to heap praises on Taiwan for its unique features, including night markets, free public Wi-Fi, 24-hr convenience stores, and acceptance of the LGBTQ community and foreign immigrants.

President Tsai Ing-wen (蔡英文) was also featured in the video, and she describes the country as "free, democratic, open, and amazing." Nas also mentions Taiwan's affordable healthcare system and that only NT$150 (US$5) is required for a Taiwanese citizen to visit the doctor.

To conclude his introduction, Nas encourages travelers from around the world to pay a visit to the island. Netizens from Taiwan and Hong Kong have left comments on the video, voicing appreciation for the internet sensation's support for Taiwan. 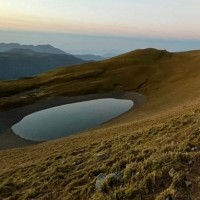 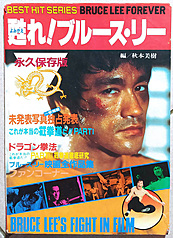 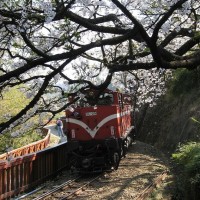 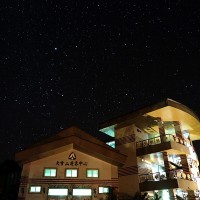