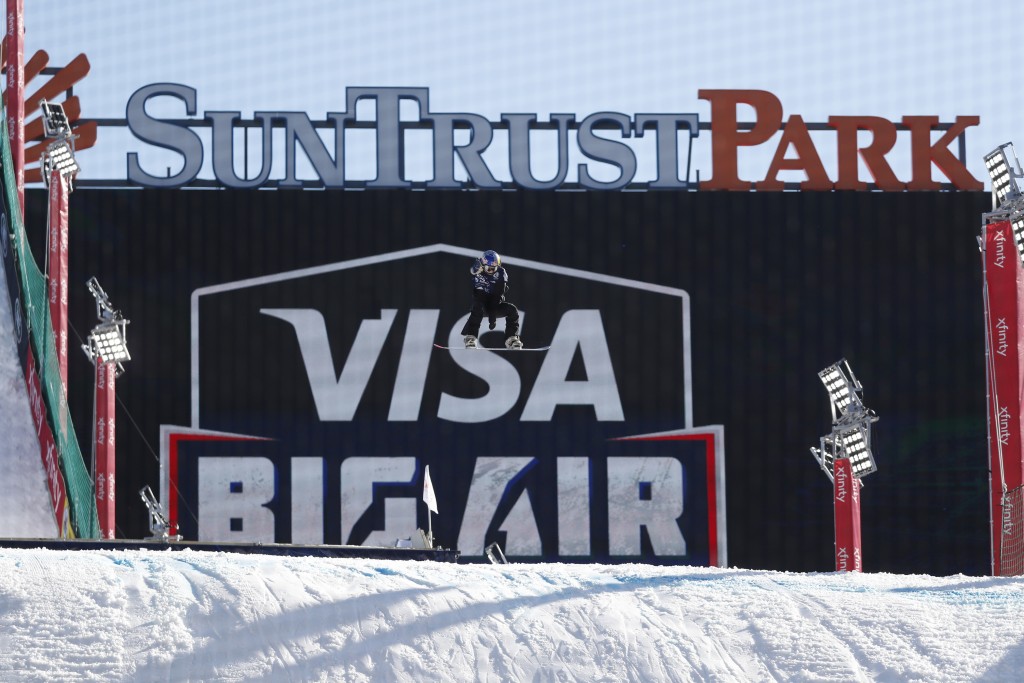 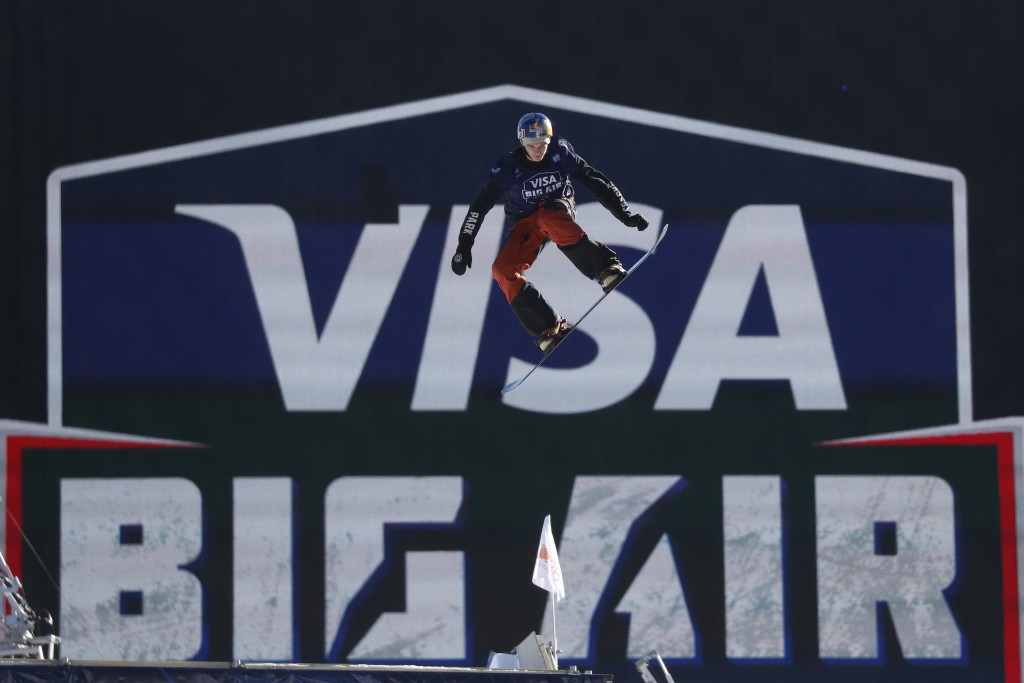 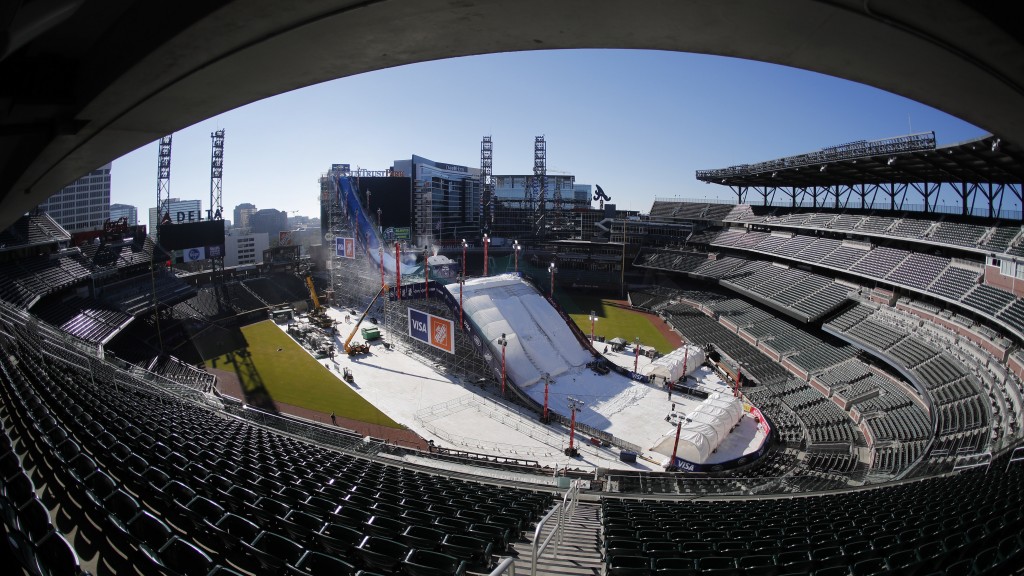 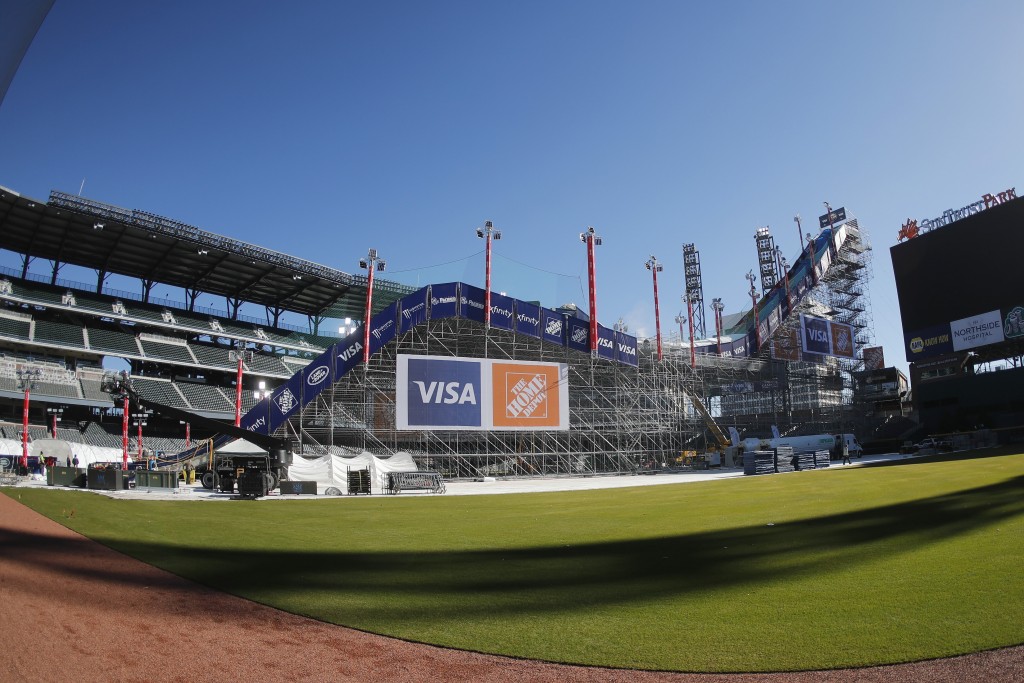 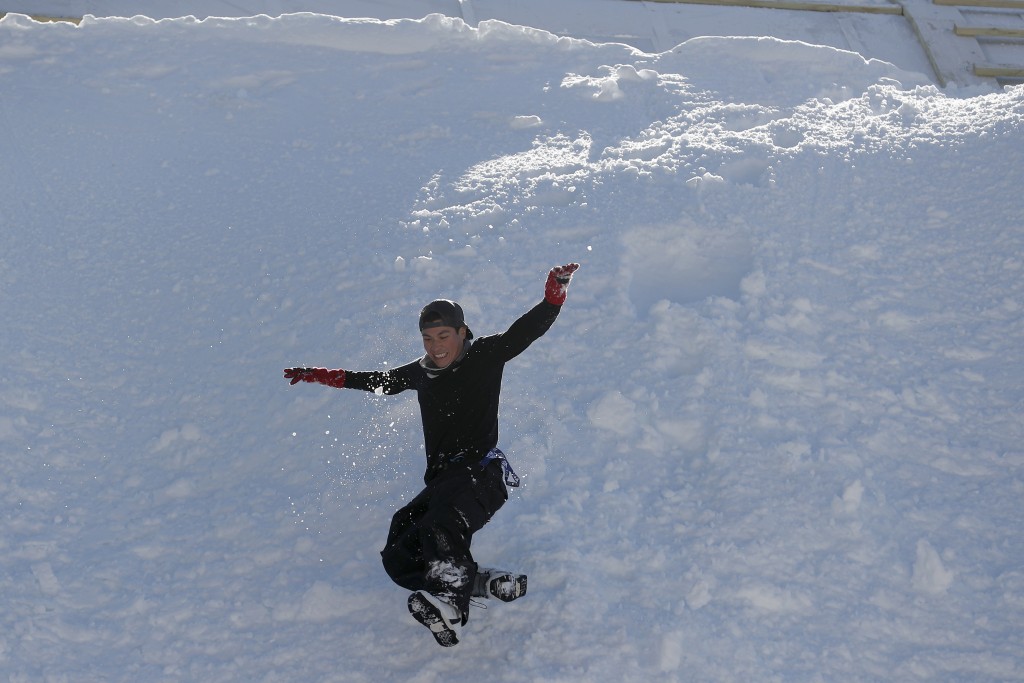 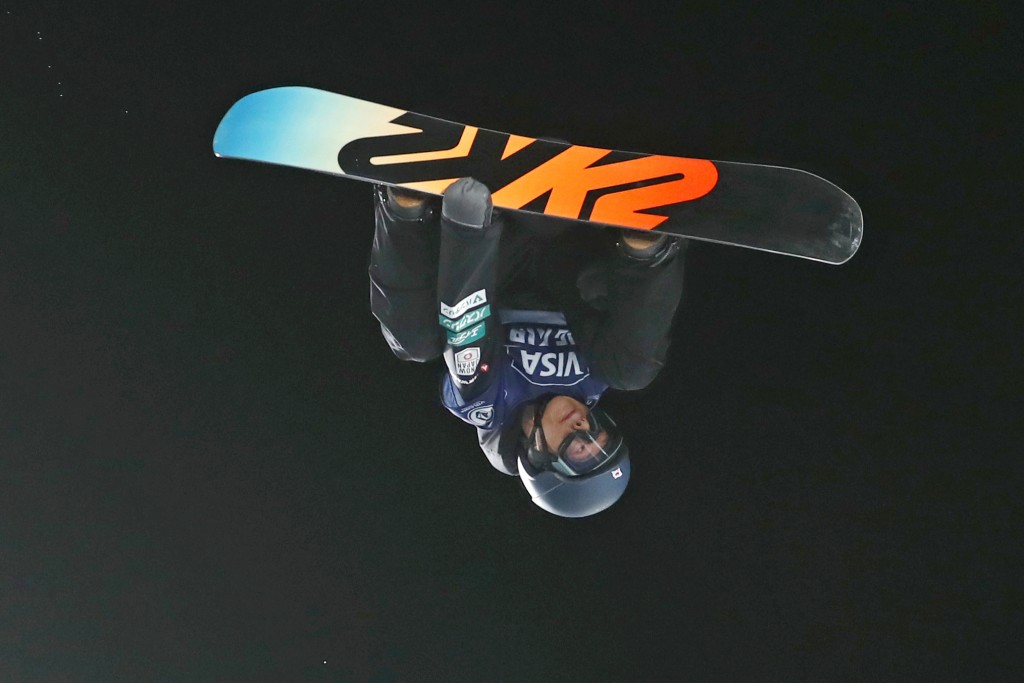 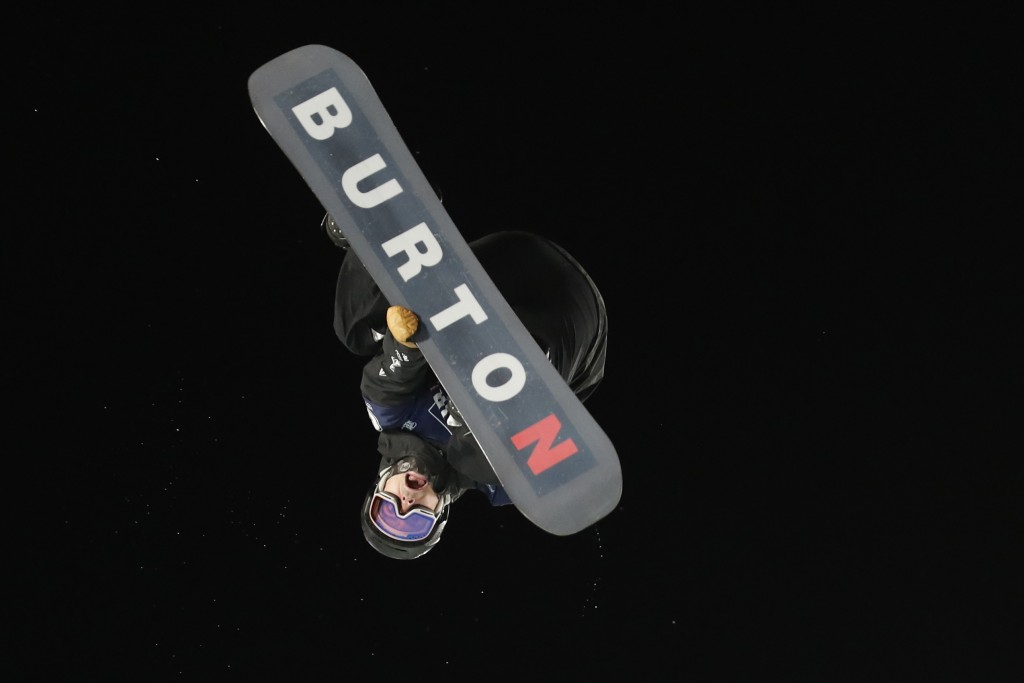 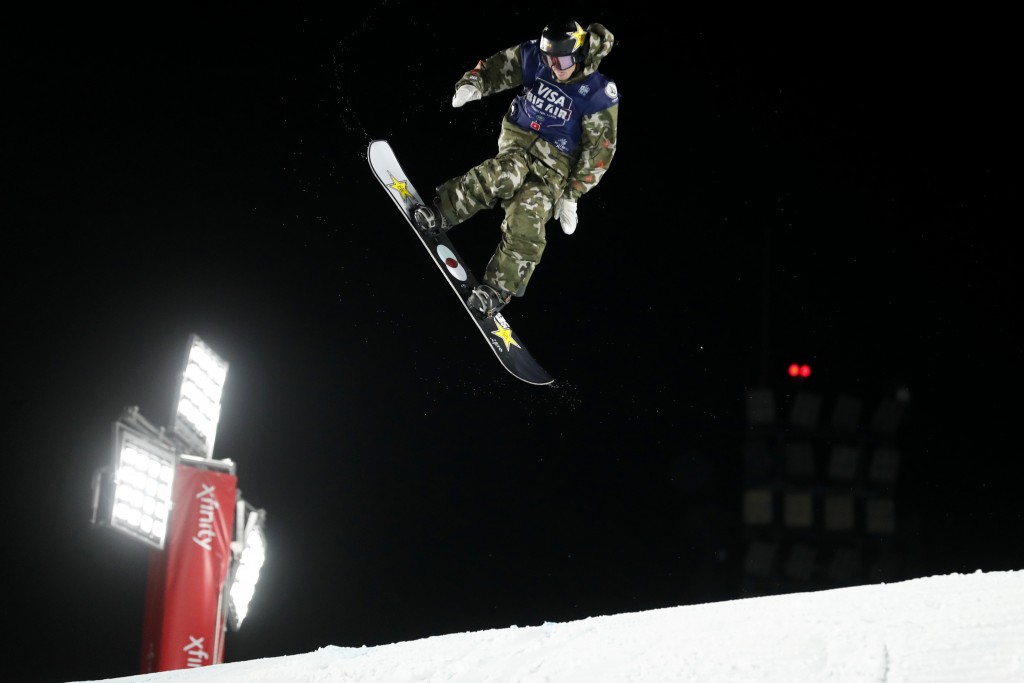 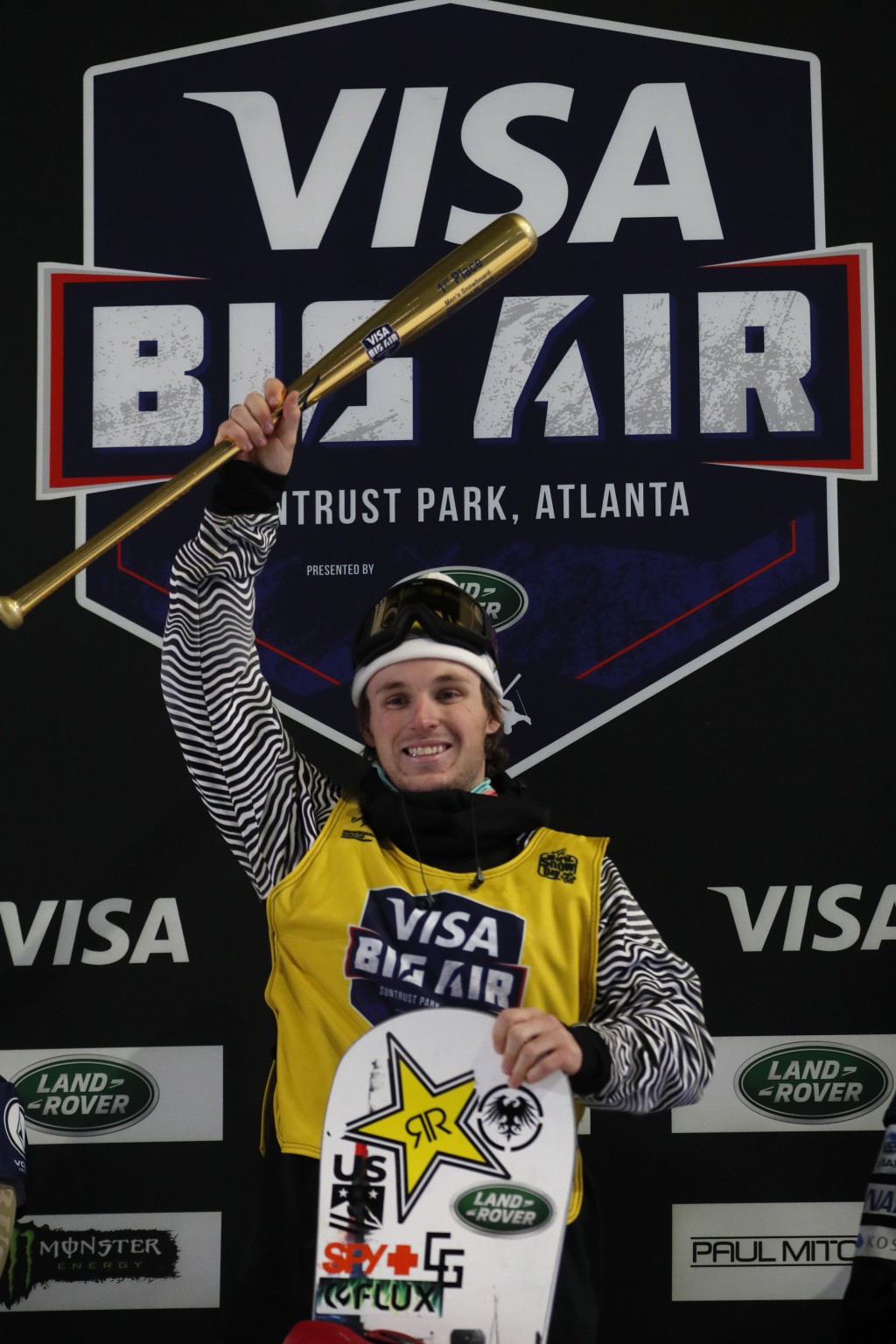 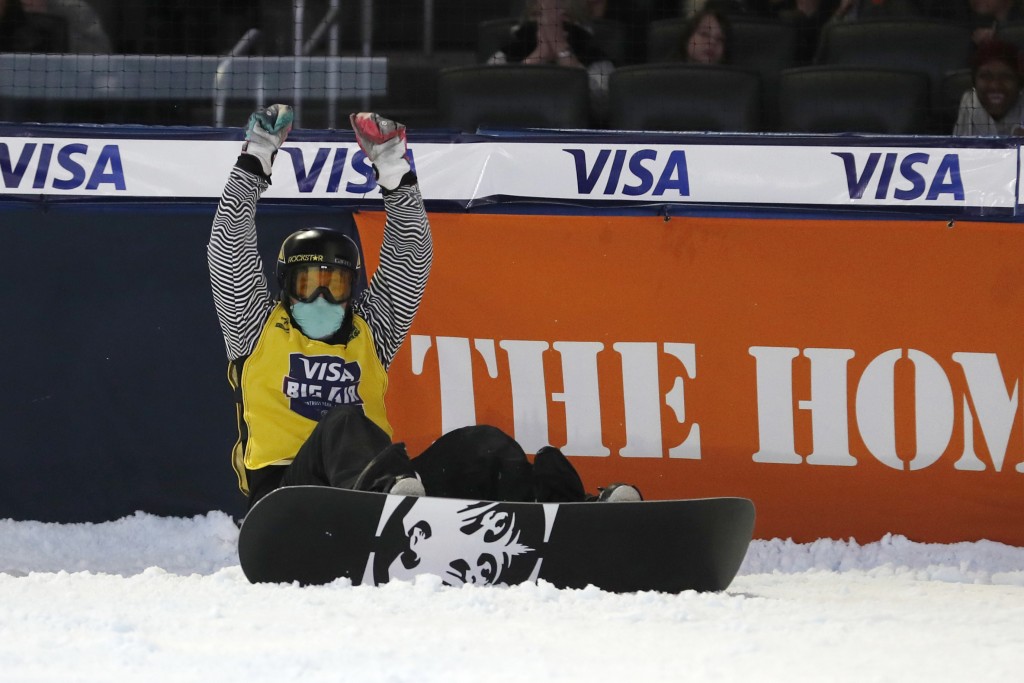 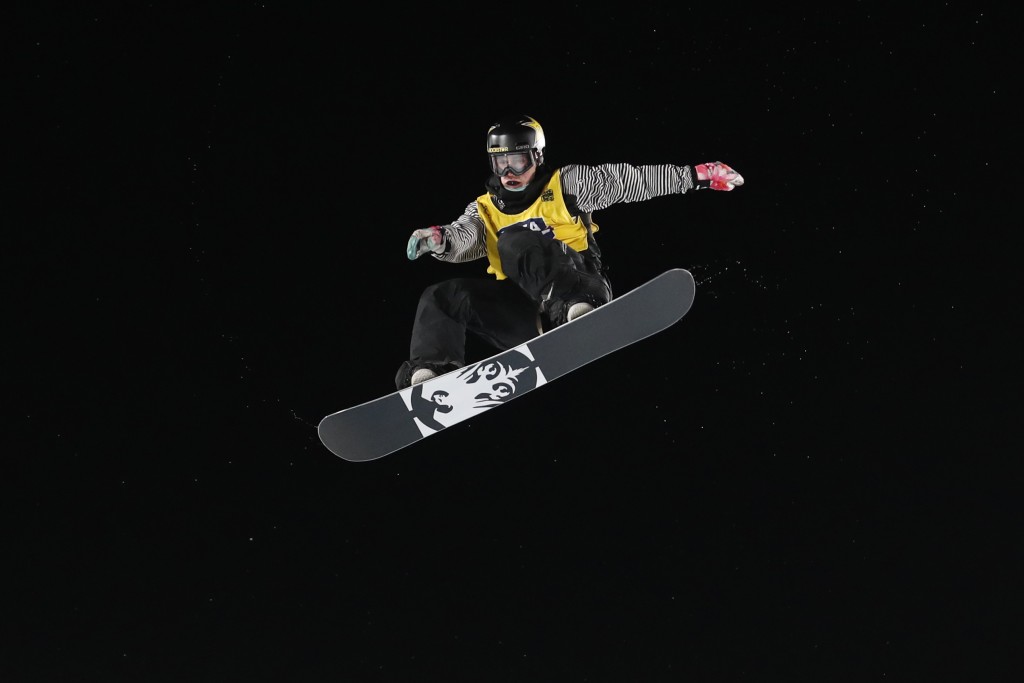 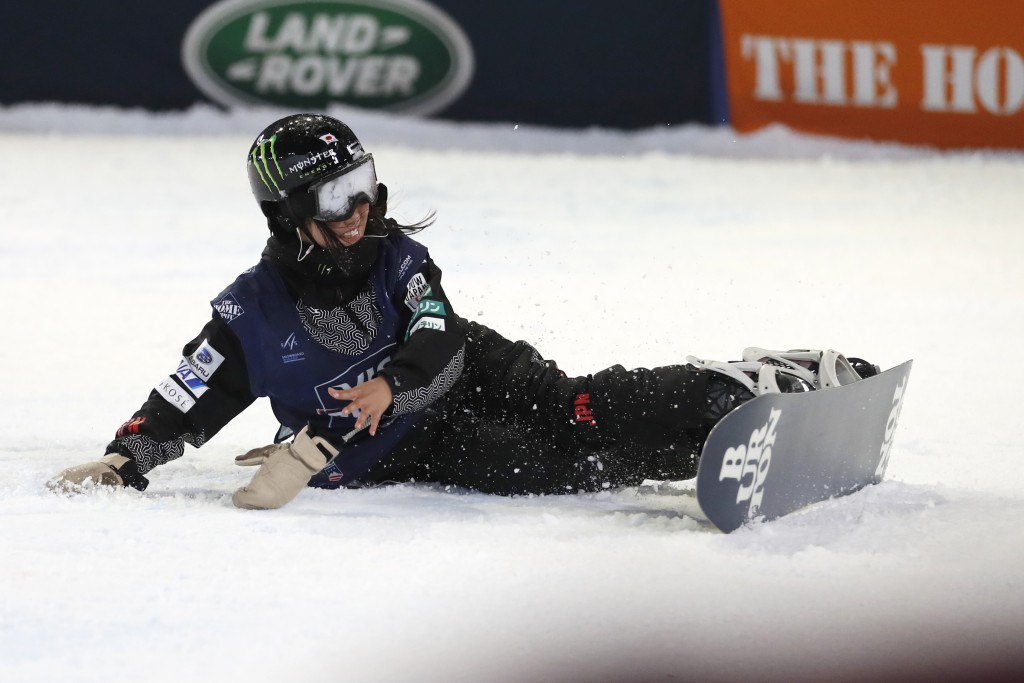 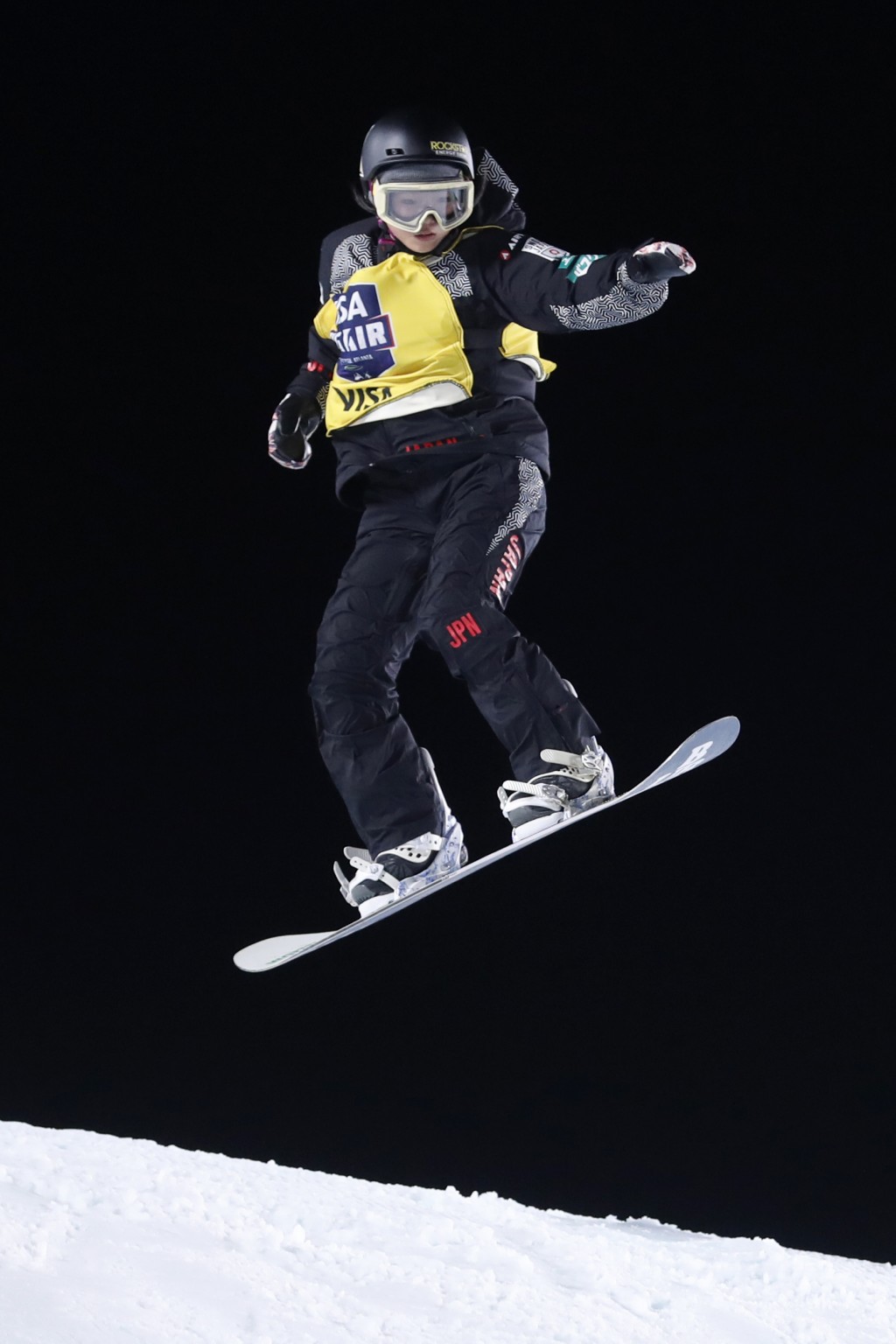 ATLANTA (AP) — Charlie Culberson watched in wonder as Chris Corning flipped four times off a 5-meter jump to stick a perfect landing and make a bit of snowboarding history in a Big Air competition.

Culberson, an Atlanta Braves utility man, was amazed at the transformation at SunTrust Park, where his home ballpark has been turned a 15-story ski and snowboard run with 800 tons of artificial snow this weekend. More impressive, though, was the skill and acumen of so many daring athletes.

“These guys are incredible," Culberson said Friday night. “I love the competition. The athleticism is amazing. I definitely envy what they’re doing."

Corning, from Silverthorne, Colorado,, landed a quad cork with 1,800 degrees of rotation to become the first snowboarder to pull off the feat on a scaffold jump, scoring a 95.25 on the third and final run. He decided to try a quad instead of a triple when the jump began to harden after so much use during trials and competition.

“I feel great right now, very happy to be here, very happy to be alive after that," Corning said. “It's always scary trying it. I never do it in practice or anything like that. I pretty much let go of anything I'm thinking about and just go for it.

Culberson stuck around for the awards presentation to hand out gold, silver and bronze aluminum bats to the top three finishers in the men's and women's groups. It felt more appropriate than a standard medal.

Culberson's teammate, pitcher Mike Foltynewicz, threw a ceremonial first snowball pitch from the approximate area of the mound toward snow-covered home plate, where Blooper, the Braves' mascot, acted as catcher. Foltynewicz wasn't done, though, as he began peppering Blooper with several more snowballs to get the festivities started for a crowd of 11,000-plus.

With 27 nations represented and over 160 athletes competing in men's and women's snowboard and ski competition, there was a lot to take in for Cameron Canto, who watched from the upper level. Canto lives practically onsite at the Battery, a retail development built around the ballpark.

“I go to most of the Braves games," he said. “I watched the entire construction of this thing. It started about three weeks ago. It's interesting, for sure. I watch the actual Olympics while it's going on, but I don't follow it in between. This was too close to pass up."

Jesse Baker brought his family of five down from I-75 from Cartersville, about 30 miles northwest of Atlanta. He was hoping to see the ski competition that takes place on Saturday. Still, he didn't mind that Friday's events were all snowboarding.

“I used to live out in Vail, so I'm bringing them down and showing all of them," Baker said. “You don't to see anything like this in Atlanta. It's not like it ever snows much, but I grew up and got to ski and hang out with Franz Klammer and Hermann Maier and some of those guys, the Austrians."

Daughters Jaycee and Bryle were loving every minute of it.

“I like watching them spin," Bryle said. "When they go off that big thing, it's cool."

Her sister was excited, too.

Corning pulled off a quad cork last week at a World Cup event in Beijing, site of the 2022 Olympics. This was more difficult, however, because the course is not as long. At SunTrust, the snowboarders took off from a jump that stands in shallow center field and ends near the mound. Plenty of athletes literally crossed home plate on their way to the backstop.

It was a big rush for Caleb McCants, an Atlantan decked out in ski goggles and a parka. He became more interested in winter sports while he was snowboarding at Sugar Mountain in North Carolina during the 2018 Pyeongchang Games.

“We wanted to come see this up close because it's kind of a rush," McCants said. “These guys really get after it."