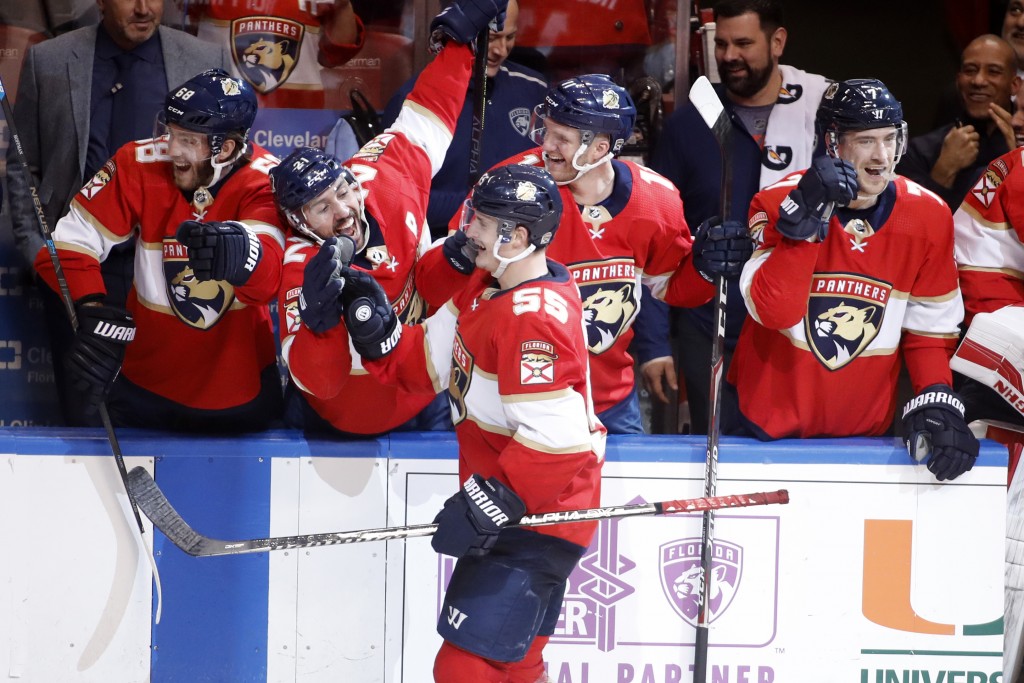 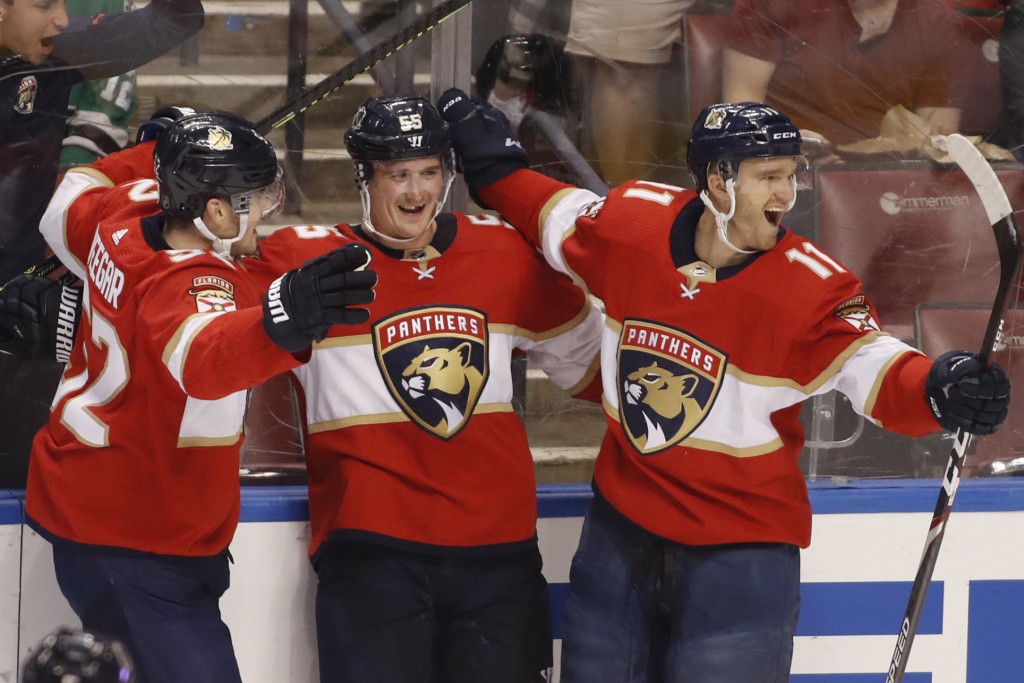 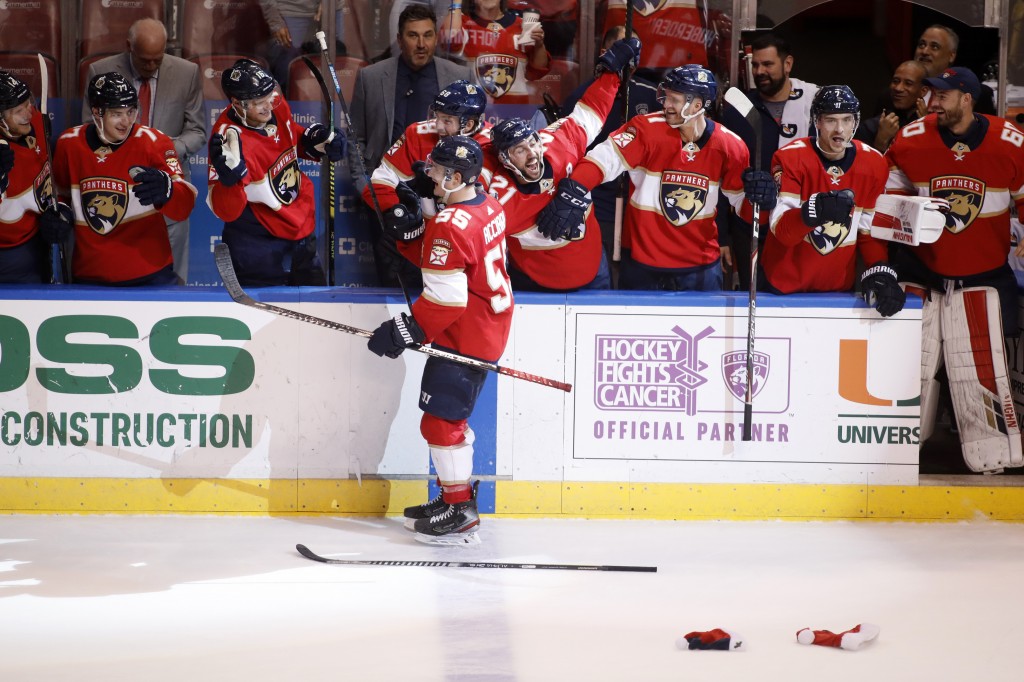 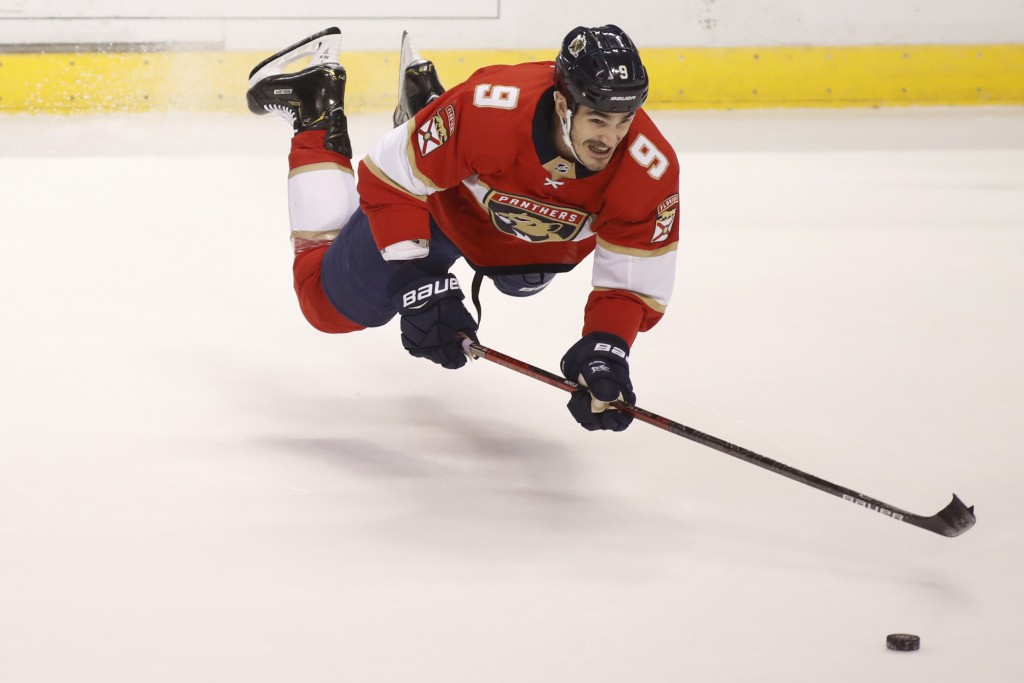 SUNRISE, Fla. (AP) — Noel Acciari completed his second straight hat trick with a penalty shot and added an assist in Florida’s five-goal second period in the Panthers’ 7-4 victory over the Dallas Stars on Friday night.

Acciari had the natural hat trick in a Florida-record 3:59 span, pushing his season goals total to a career-high 11.

The 28-year-old former Providence player began the run at 7:26 of the second, struck again at 7:58, and slipped his first career penalty shot through goalie Anton Khudobin’s pads with 8:35 left in the period to make it 7-1. Acciari got the short-handed penalty shot after he was hooked by John Klingberg on a breakaway.

Acciari had his first career three-goal game Tuesday night in a 6-1 victory over Ottawa, with the Panthers also scoring five goals in the second period of that game.

Jonathan Huberdeau had a goal and three assists for a second consecutive four-point outing, and Vincent Trocheck added a goal and two helpers. Anton Stralman and Colton Sceviour also scored, Aleksander Barkov had two assists, and Sergei Bobrovsky made 27 saves.

The Panthers were 5-4-0 on their franchise-record, nine-game homestand.

NOTES: Dallas forward Joe Pavelski played his 1,000th career game. ... Florida’s Pavel Bure was the last Panther to have back-to-back hat tricks, accomplishing the feat in February 2001. ... Dallas is 5-2-1 in its last eight.

Panthers: At Carolina on Saturday night.