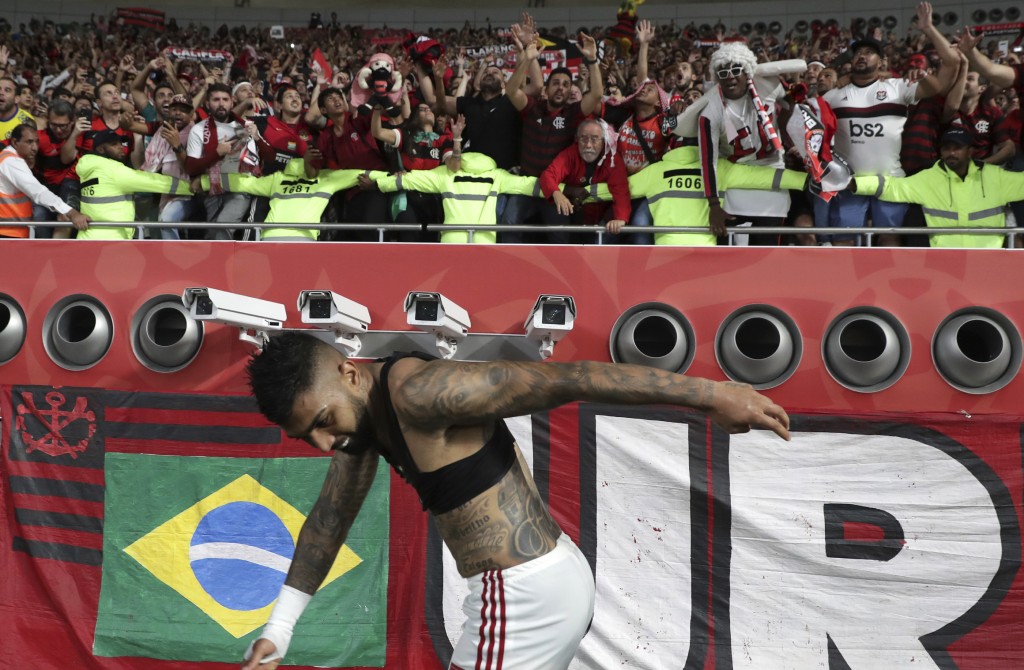 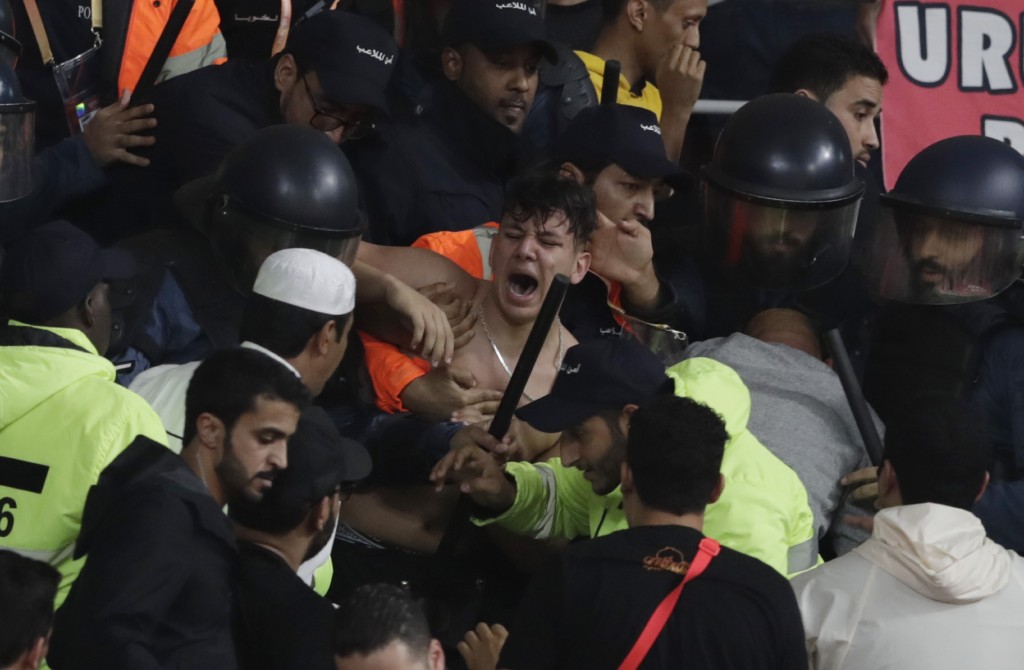 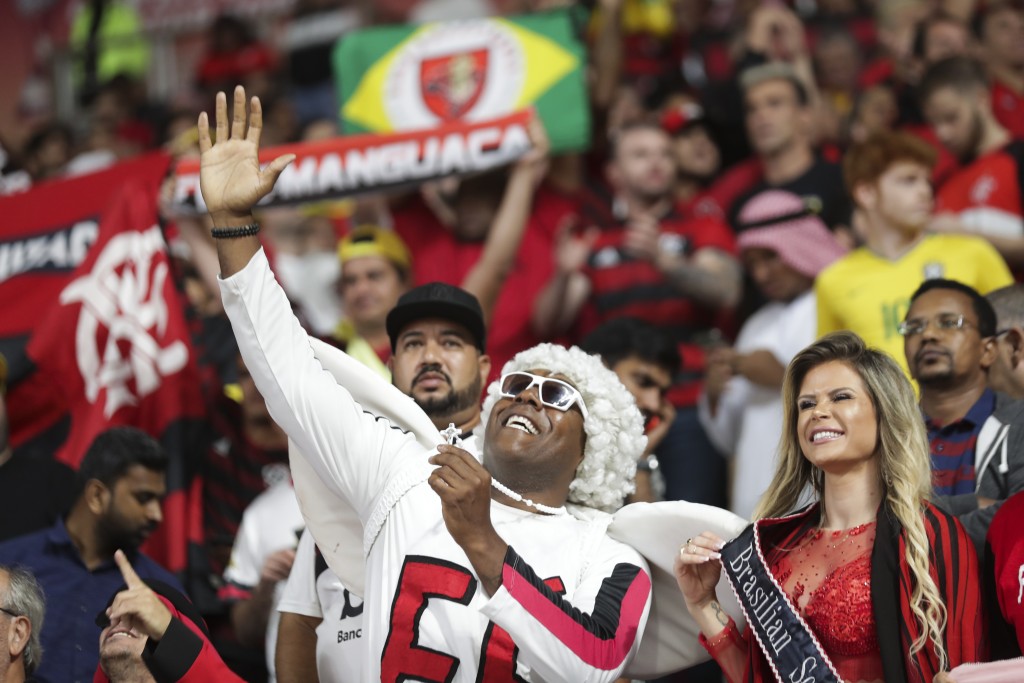 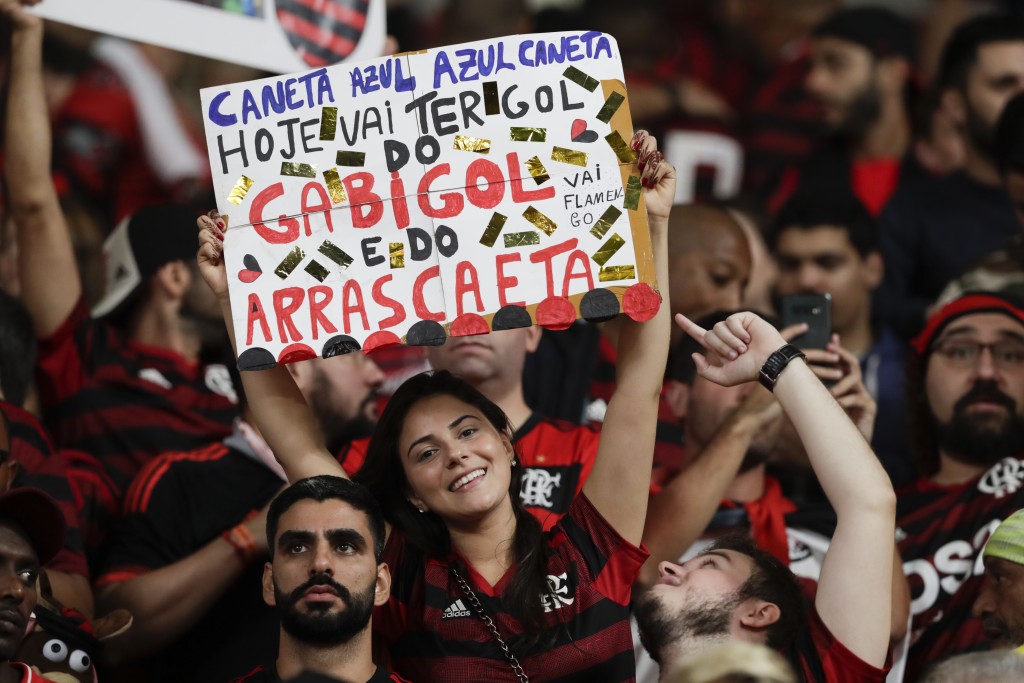 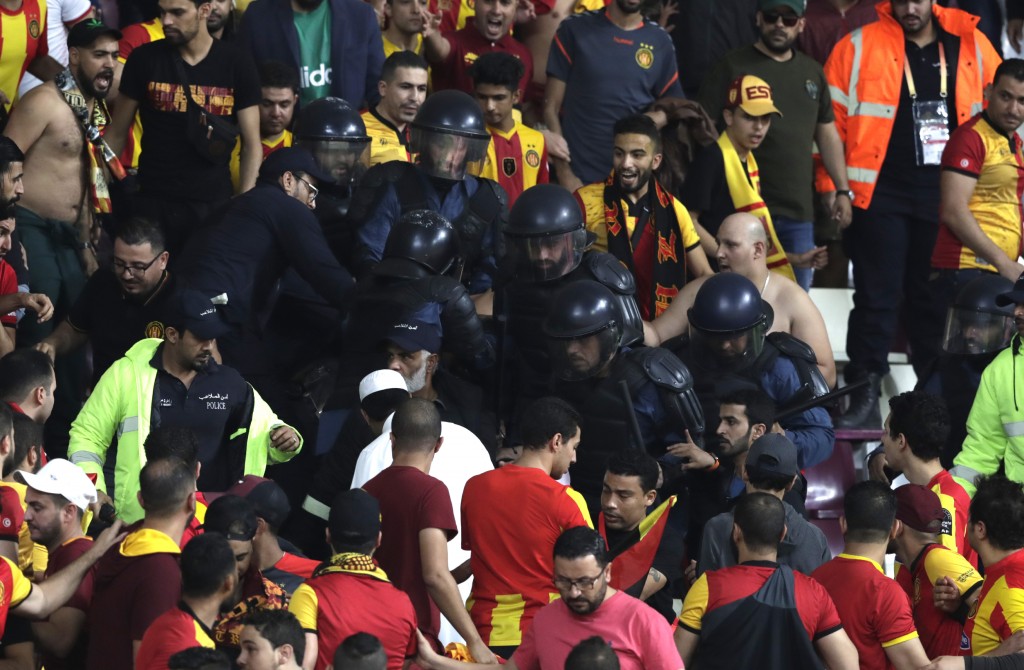 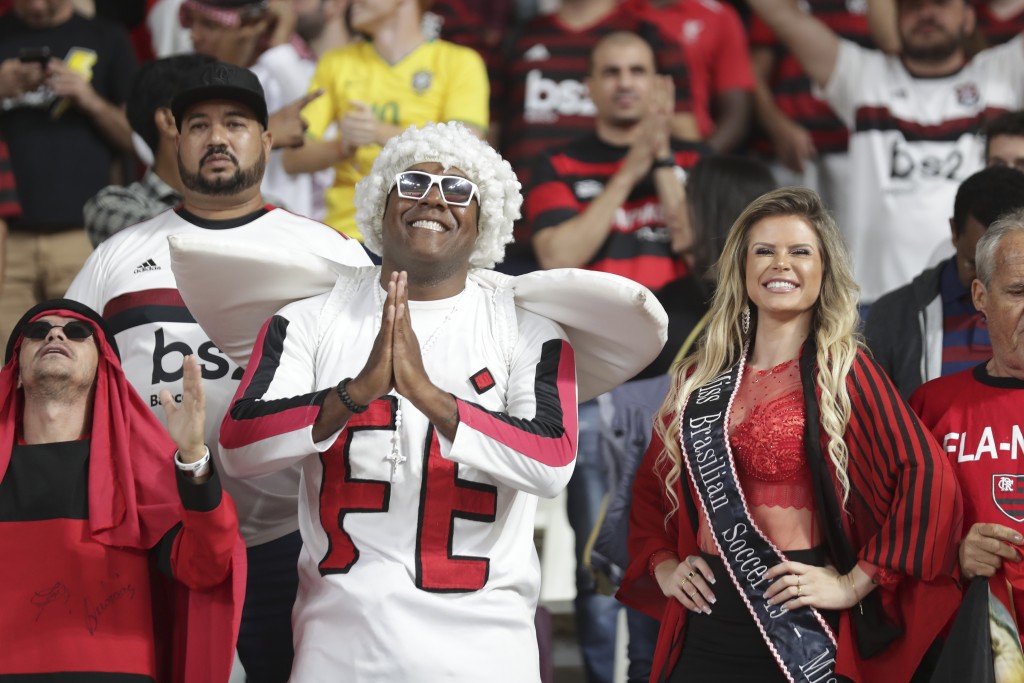 DOHA, Qatar (AP) — Cut-price beer being downed in a field.

Roadside walls being urinated against.

Qatar has taken on a new, very unfamiliar guise this week for a nation that adheres to a strictly conservative religious code.

This Persian Gulf nation is getting a taste of soccer fan culture in a way never experienced before, while bracing itself for the bigger culture shock of hosting the World Cup in 2022.

The Club World Cup, which concludes on Saturday with Liverpool against Flamengo, has been a soft-landing for Qatar. Even with only six visiting teams, Qatar has experienced an influx of thousands of Brazilian, Mexican, and Liverpool fans.

The first thing that surprises many is the weather in this desert nation. Two months after athletics spectators were baking in conditions exceeding 40 degrees Celsius, soccer fans are experiencing temperatures half of that.

“I wasn’t expecting it to be so cold,” said Paulo Gualberto, who flew in from Rio de Janeiro to support South American champion Flamengo. “I thought it would be like Rio with sun every day.”

It’s why this FIFA competition is being staged so late in the year as a test event for the World Cup. The baking conditions experienced here in June-July forced FIFA to move the tournament to a November-December slot for the first time, infuriating European leagues and clubs who supply most of the stars for the World Cup and were assured the stadium air conditioning would be sufficient.

So much more has transformed around this tournament than just the scheduling, or even the changing skyline in Qatar as stadiums and skyscrapers have risen from the sands to cope with hosting one of the biggest sporting events in the world.

Qatar has been forced to change its labor laws after outrage over conditions and rights endured by the migrant workers building the infrastructure.

“Is it ideal? No,” FIFA President Gianni Infantino said. “But it's better than what it was 10 years ago … and this is thanks to football. If we would have listened to some prejudices that exist towards the Arab world, we would have never have hosted (a World Cup).”

Qatari authorities have had to let their guard down to adapt to the expectations of visiting fans.

Alcohol is banned in stadiums and prohibited in public areas, leaving drinking usually restricted to hotels where a beer can cost $15.

But for the Club World Cup, an open area has been turned into an outdoor drinking zone with beer around $6 for a pint. The problem is the fan zone is on the outskirts of Doha at a golf course, almost an hour from the Khalifa Stadium used for the semifinals and finals.

Liverpool fan Neil Levenson was irritated that staff on the newly completed metro train system did not know how to reach the fan zone. The airport also lacks signs to take public transport to avoid the Doha traffic.

“A lot of improvement is need on communication to fans,” Levenson said before heading to Liverpool’s 2-1 victory over Monterrey on Wednesday. “But once you are here it is great.”

That surprised Irish aircraft mechanic Kian Gavin, who has lived in Qatar since April.

“I thought it was going to be a disaster judging previous events here like the athletics,” Gavin said. “It’s a big step up.”

The sparse crowds at the world athletics championships across September and October were seen as a sign of Qatari indifference to hosting major sporting events they chase so doggedly.

But the same Khalifa Stadium that was virtually empty for the world’s best athletes was mostly full to see the footballing meeting of European champion Liverpool and Mexican side Monterrey.

Qatar will need more fan zones closer to the eight stadiums being used in 2022 if alcohol is not allowed in them.

By placing the Club World Cup fan zone so far from the stadium — almost an hour through rush hour on toilet-less buses — fans were seen relieving themselves against walls as they arrived. Local officials were overlooking the incident, in a way unimaginable at any other time.

More repressive laws have heightened concerns about Qatar’s suitability to host the World Cup, particularly those outlawing homosexuality that were highlighted by Liverpool in travel advice.

Liverpool manager Juergen Klopp has seemed uncomfortable being in Qatar.

“About homosexuality and all that, I have an opinion about it,” he said. “Of course, I think we should all be treated equally, that's clear. But, it's (easier) from another point to talk about these things than being here and seeing the things and judging them then, and we don't have the time for that. We are only here for training, couple of days playing and then that. So, that's it."

Qatar wants to give the impression it will turn a blind eye and not enforce certain discriminatory laws on visiting fans. But World Cup organizers leave that unsaid when speaking publicly.

“It’s better for you to ask the Liverpool fans who have travelled,” said Hassan Al-Thawadi, chairman of the World Cup organizing committee. “Let them tell you their experience.”

Al-Thawadi has been on the decade-long journey from bid to event delivery for Qatar.

Domestically, he has had to respond to international outrage by pushing for changes to laws to give migrant workers better rights and conditions.

Internationally, Al-Thawadi will never shake off the impression that vote-buying helped to secure FIFA votes in 2010 despite regular denials, nor the sense that hosting the World Cup is just about exerting soft power for the nation.

“Sport is a unifier between people,” Al-Thawadi said after meeting members of the “Generation Amazing” which is funding soccer facilities across the world. “There's no pushing of ideologies. There's no concept of sportswashing.”

That is the phrase — introduced in the interview by Al-Thawadi — used by rights groups like Amnesty to discuss countries trying to cleanse their images through hosting international sports events. The deaths of workers on building sites, however small in number officially, have cast a shadow over World Cup planning.

The Qatari aim of using the event to unify the Arab world also faded long ago.

Neighbors Saudi Arabia, Bahrain, and the United Arab Emirates severed travel, diplomatic, and economic ties in 2017 as part of a boycott of Qatar over its support of extremism, which Doha denies.

The boycott of Qatar forced fans of Asian champion Al-Hilal of Saudi Arabia to take indirect flights to Doha to see their side at the Club World Cup, losing in the semifinals. Qatar has had to bring in food and materials from outside the region since its neighbors would no longer trade.

“It is testimony to the resilience and resourcefulness of the State of Qatar, we thrived,” Al-Thwadi said. “The Club World Cup is creating a great atmosphere in anticipation of what is to come for 2022.”