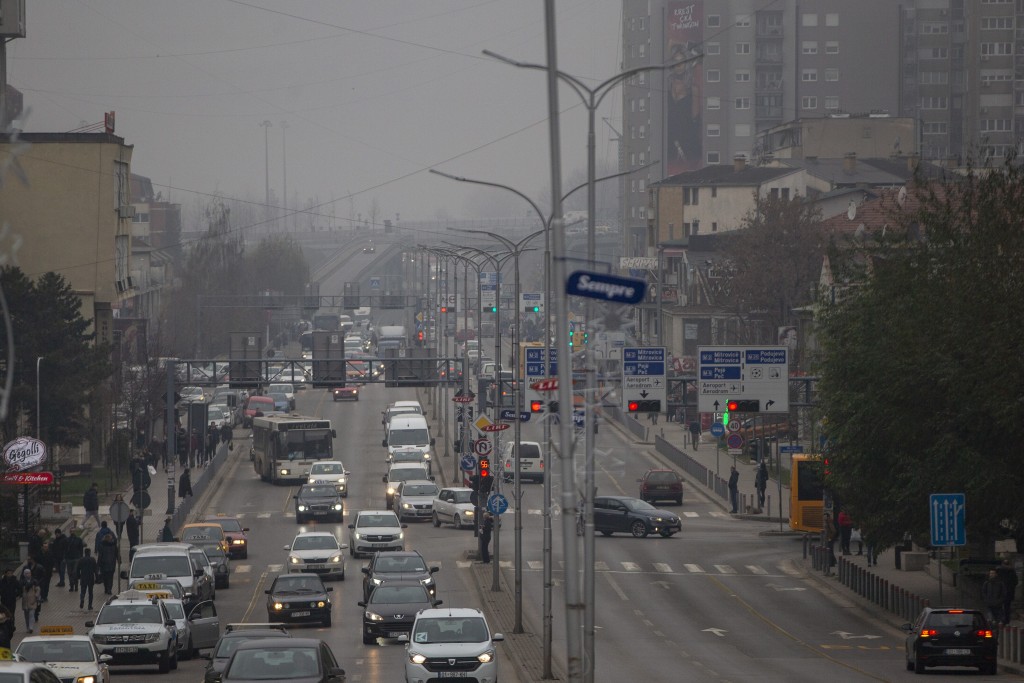 North Macedonia has some of the highest levels of air pollution in Europe. In recent months, airborne particles in the capital of Skopje and other cities have been recorded as exceeding safety levels by up to 20 times.

Health authorities estimate that more than 3,000 people die each year as result of air pollution, which is mostly a result of heavy use of household wood-burning stoves during cold winters, an old fleet of cars and the practice in some areas of garbage disposal by incineration.

“We want to breathe! No air, no peace,” students wearing protection masks chanted. Environmental groups have held weekly protests in a bid to force action on the issue from the center-left government and were expected to join the students later Friday.

North Macedonian President Stevo Pendarovski warned earlier this week in his annual address before lawmakers that air pollution “seriously undermines our nation's potential.” He called for higher budget funding for environmental protection and said he would call an urgent meeting of government officials.

The European Union is investing more than 80 million euros ($89 million) to improve the air quality in Kosovo, whose capital of Pristina is choking from pollution by coal-based power plants, coal and wood heating in homes and old vehicles on the roads.

The European Union's office in Kosovo said Friday that air quality over the last few days in Pristina was like that of Beijing, considered one of the most polluted cities in the world.