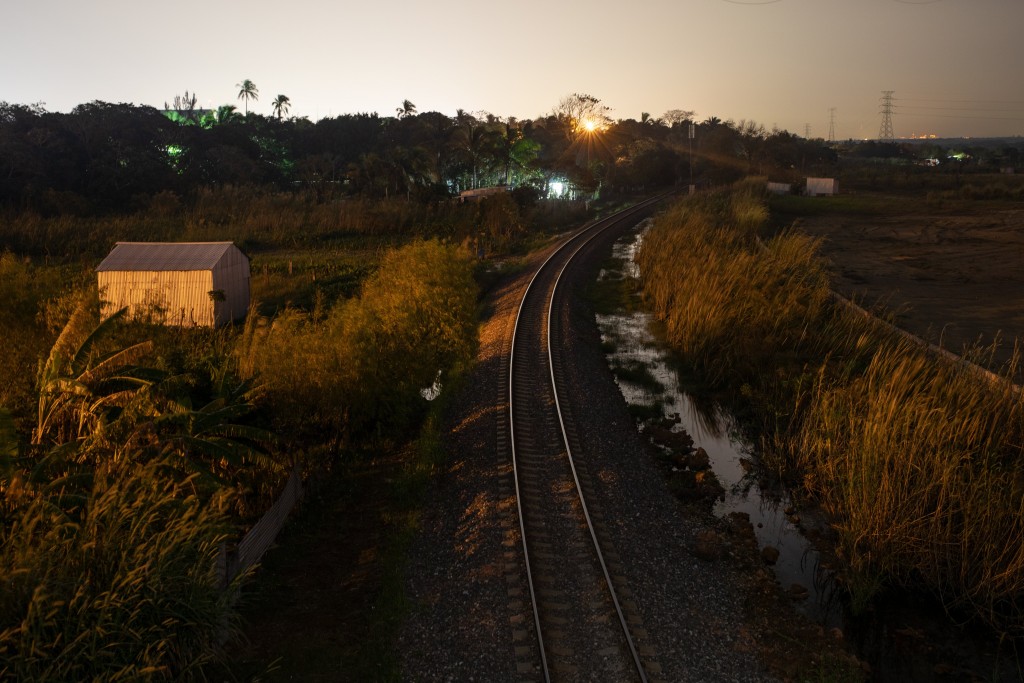 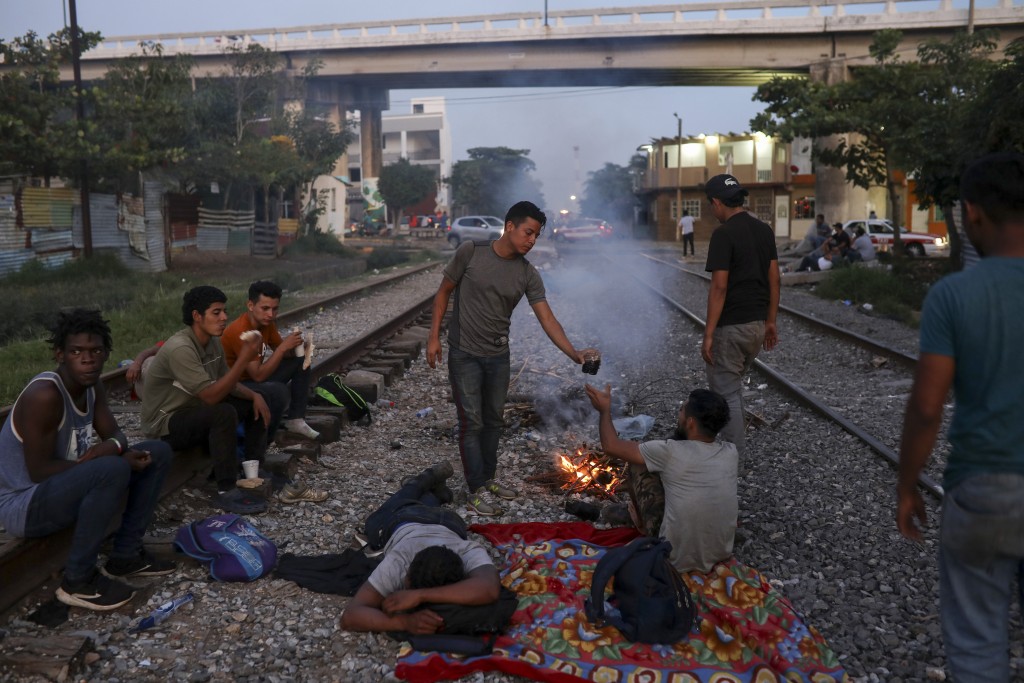 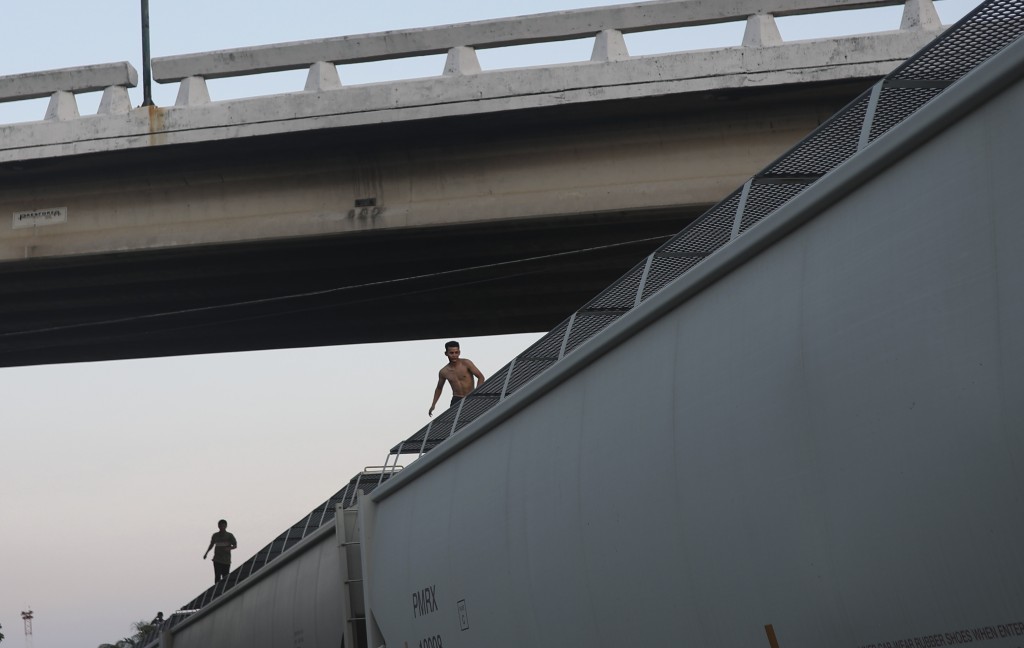 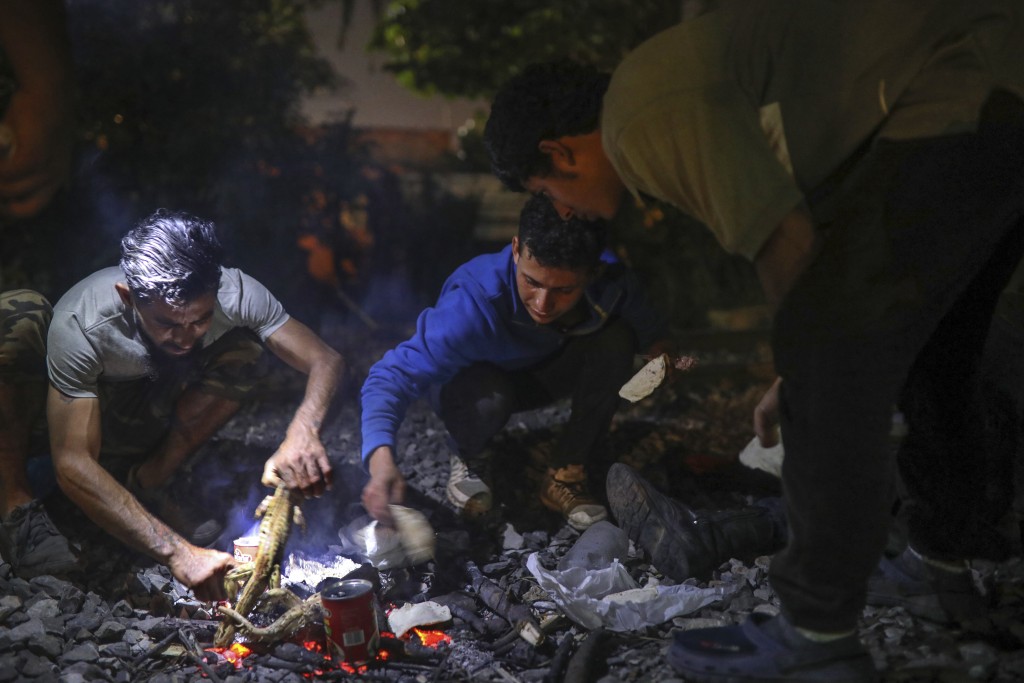 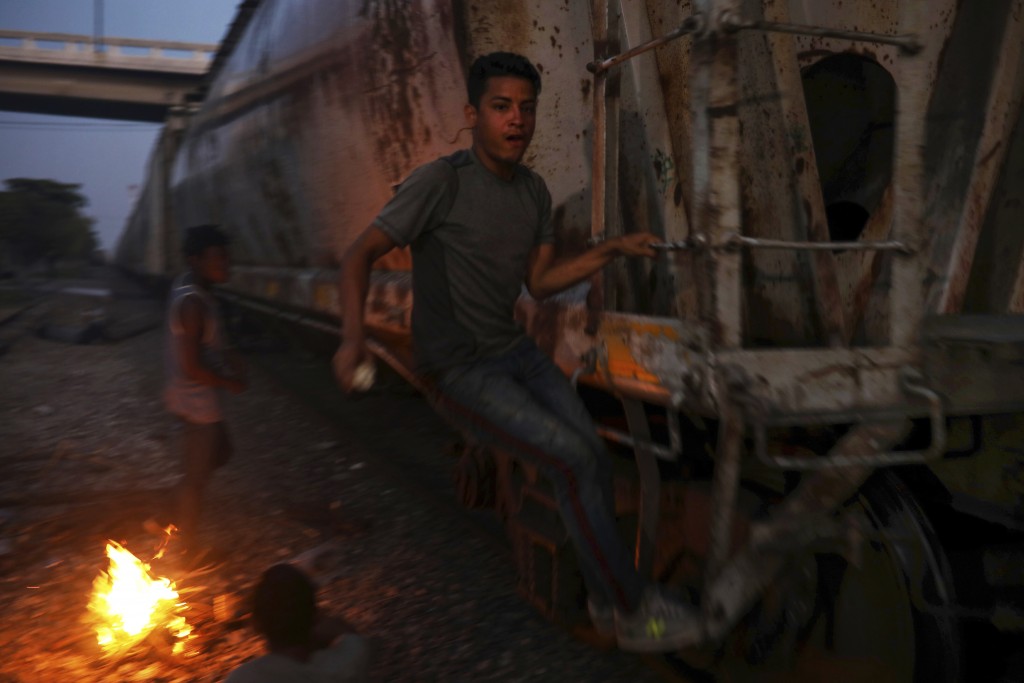 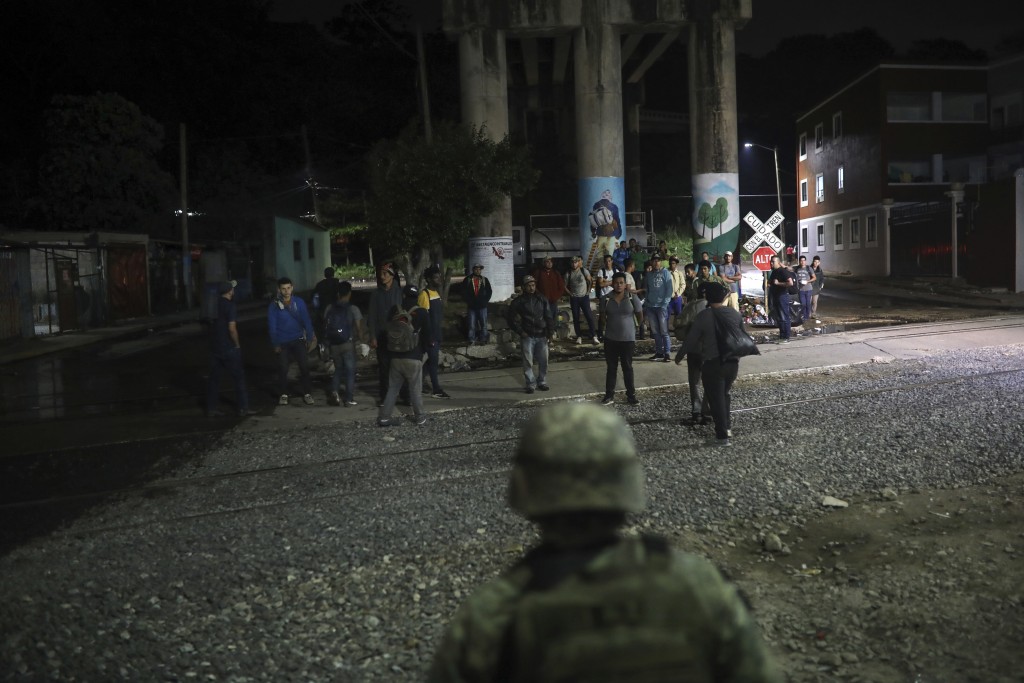 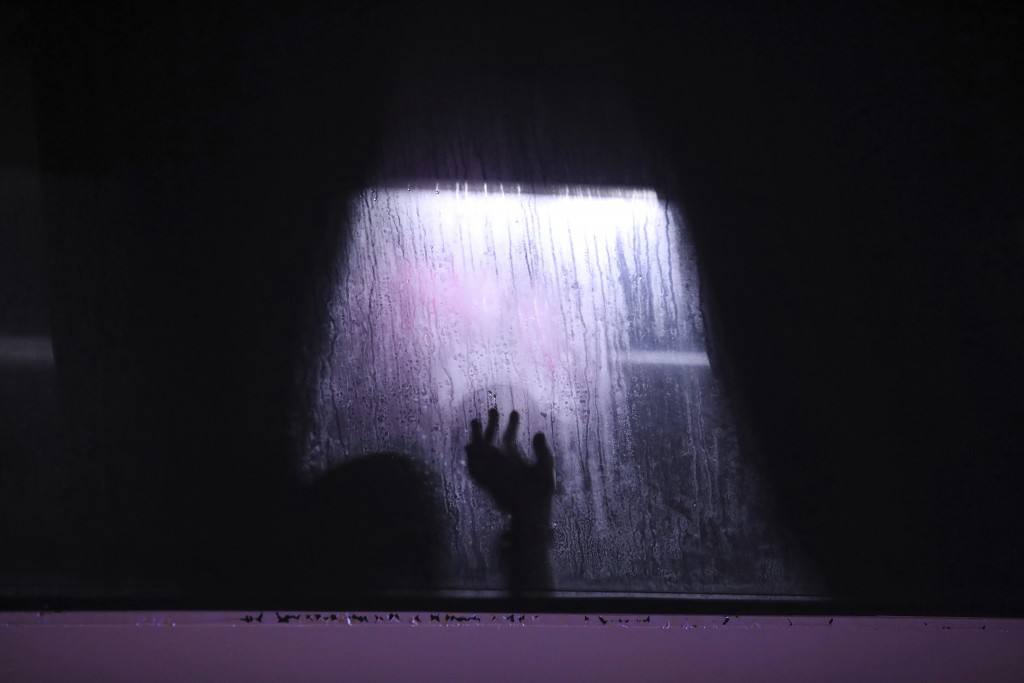 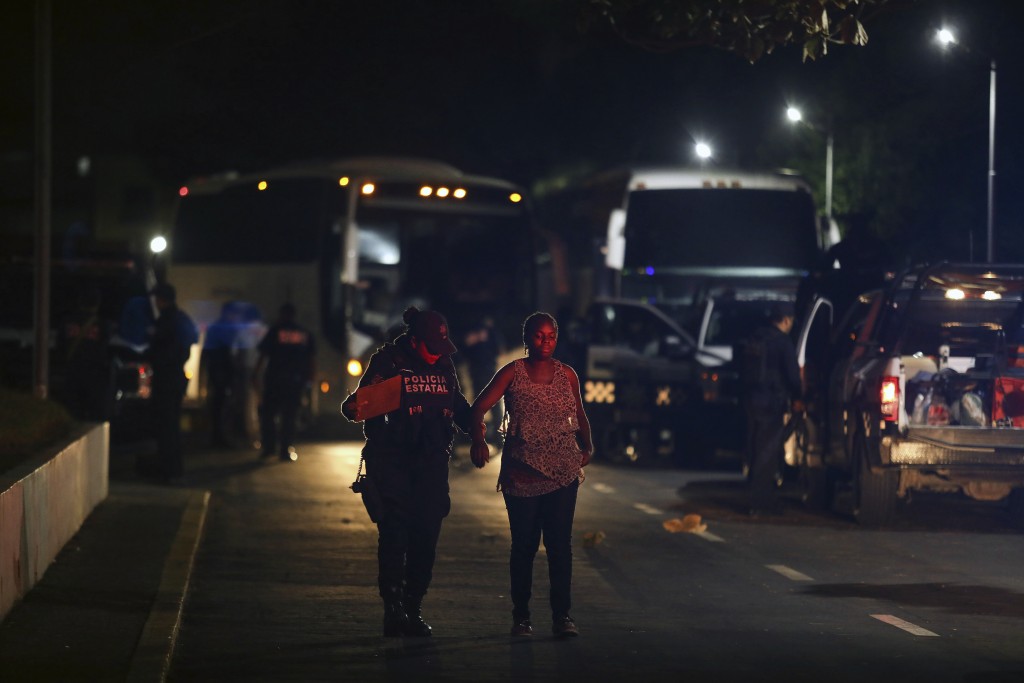 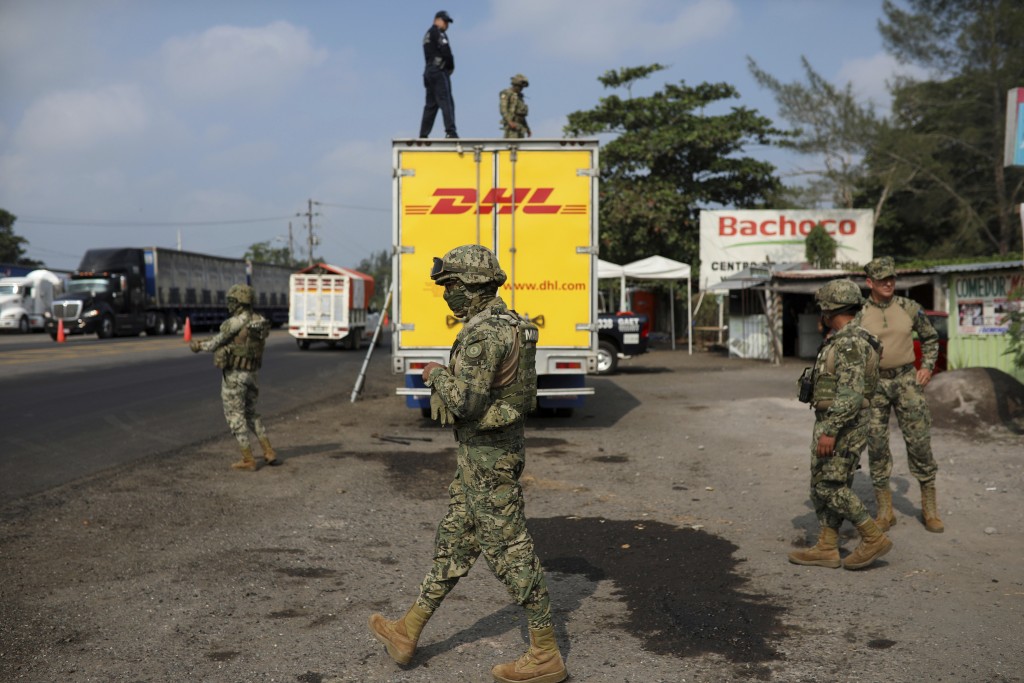 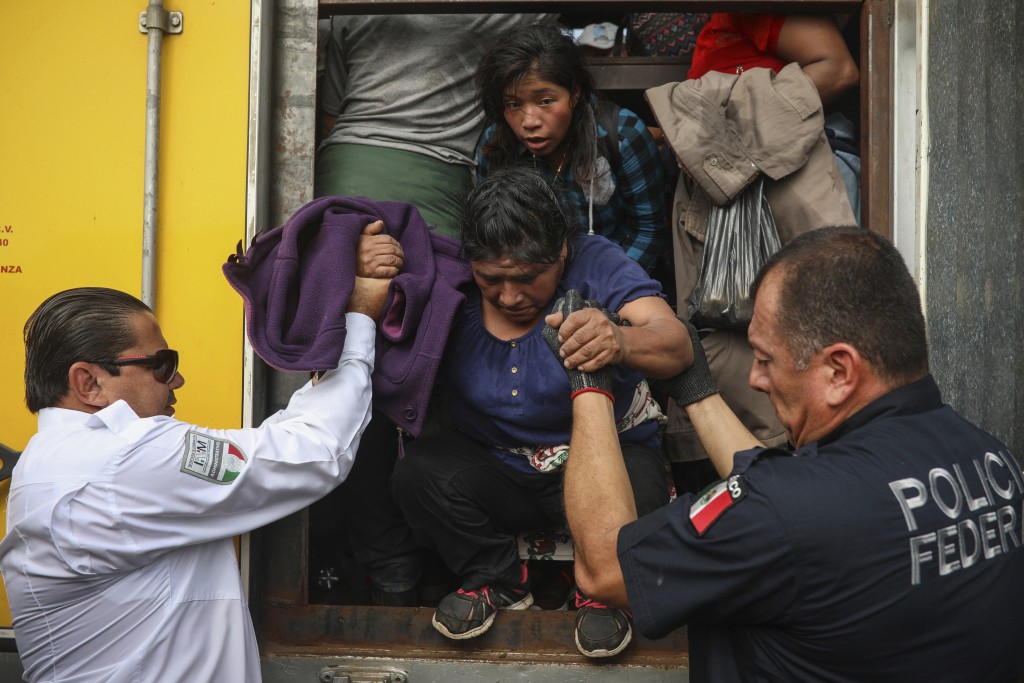 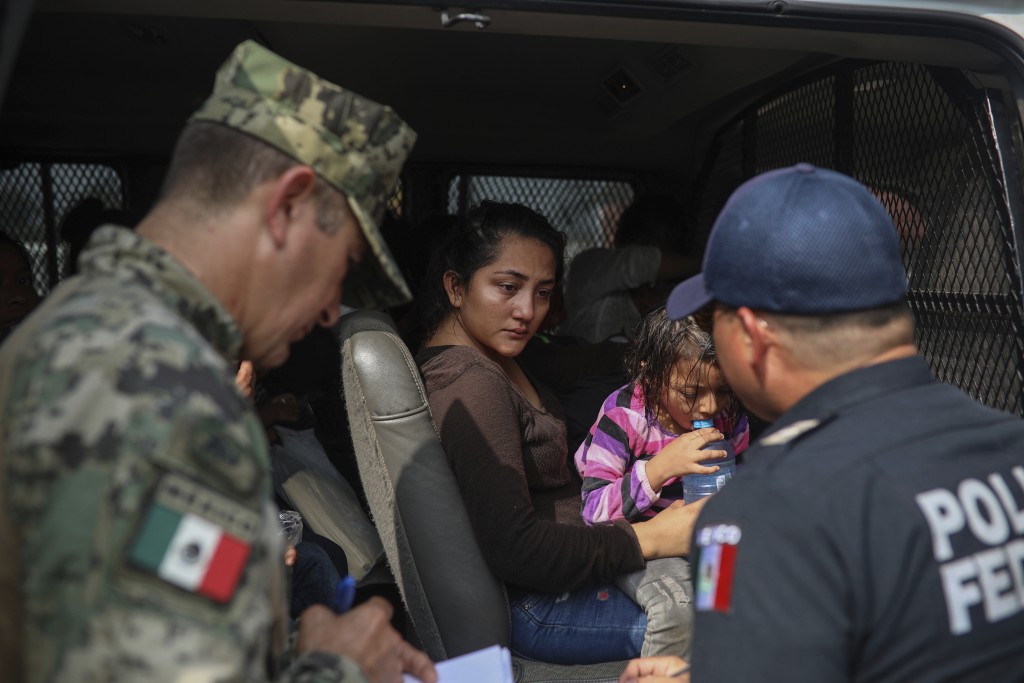 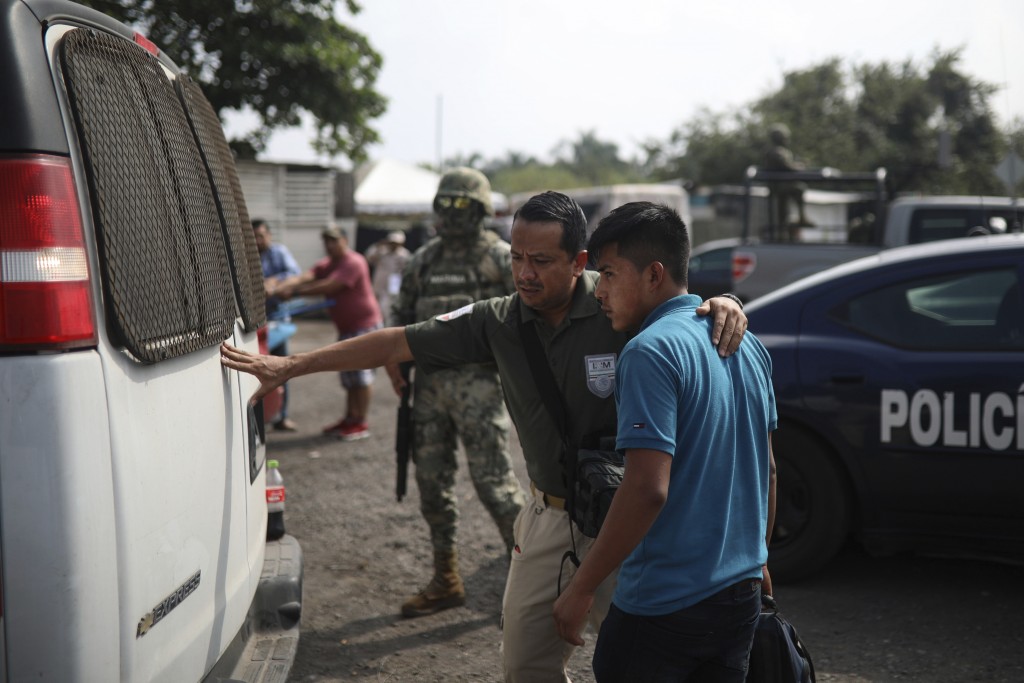 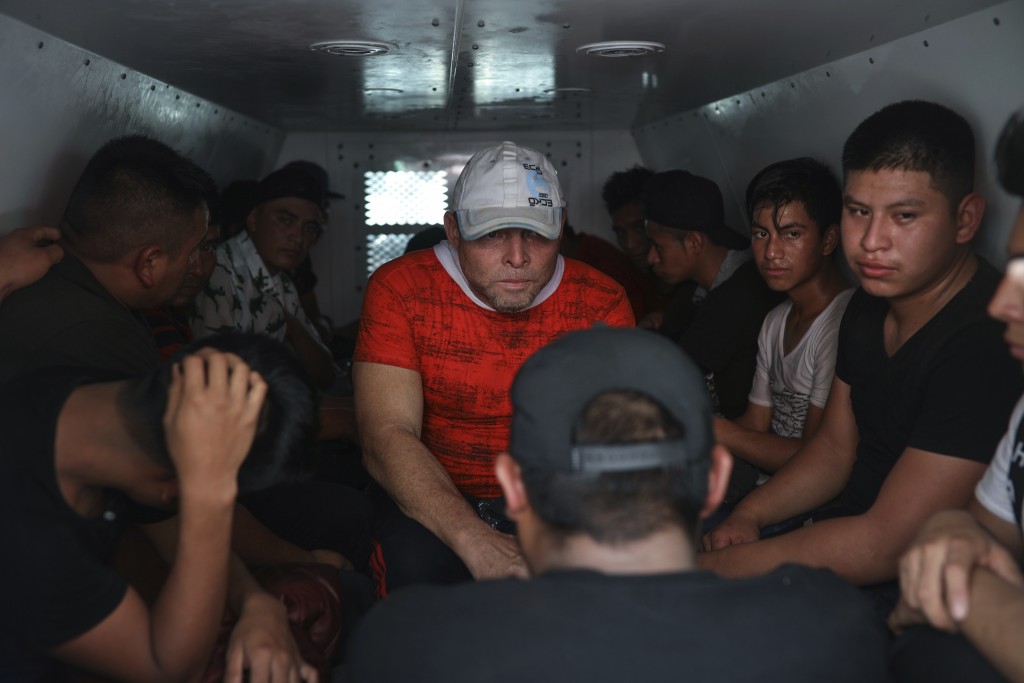 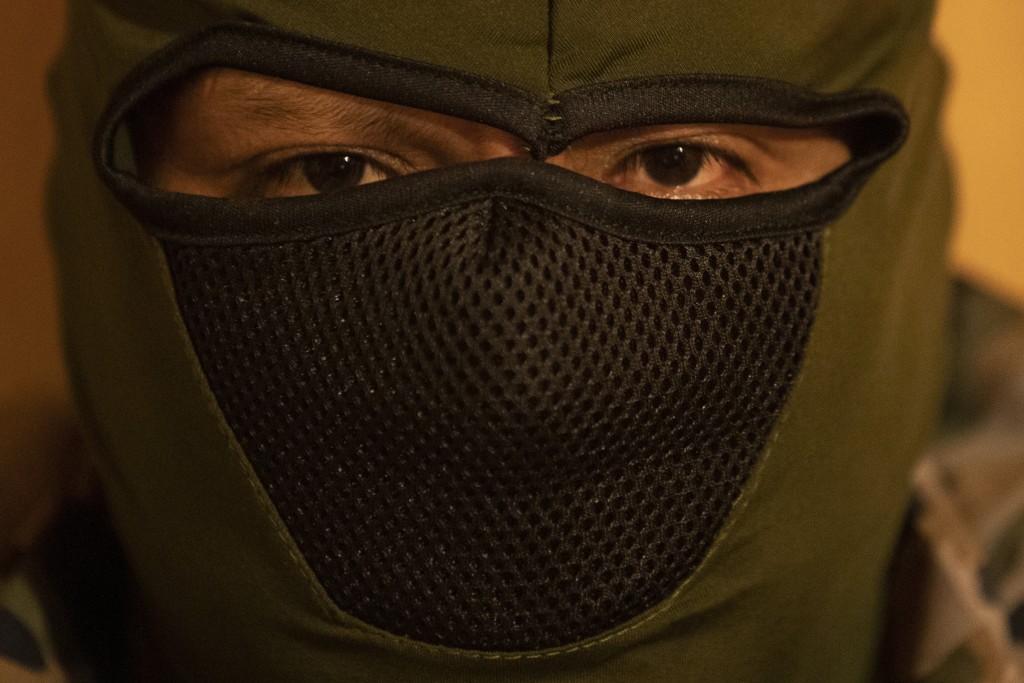 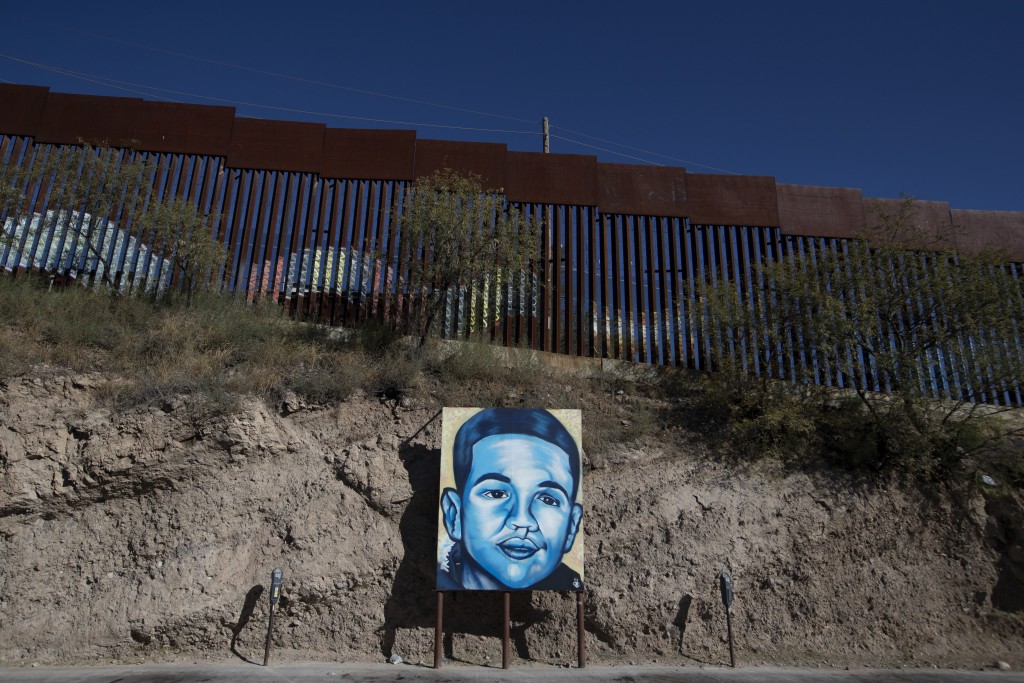 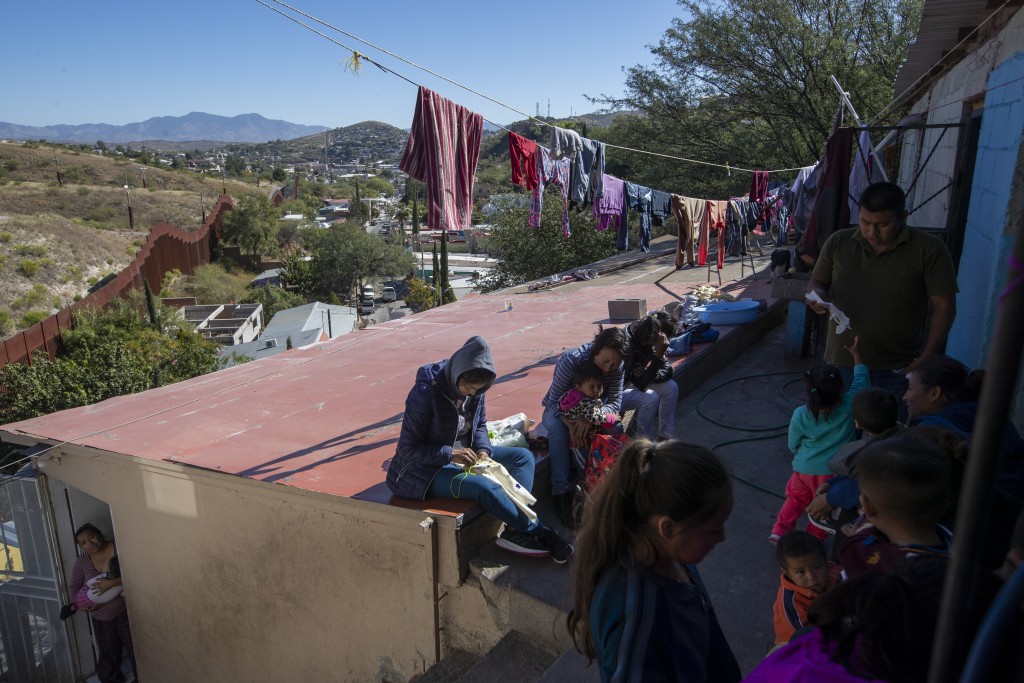 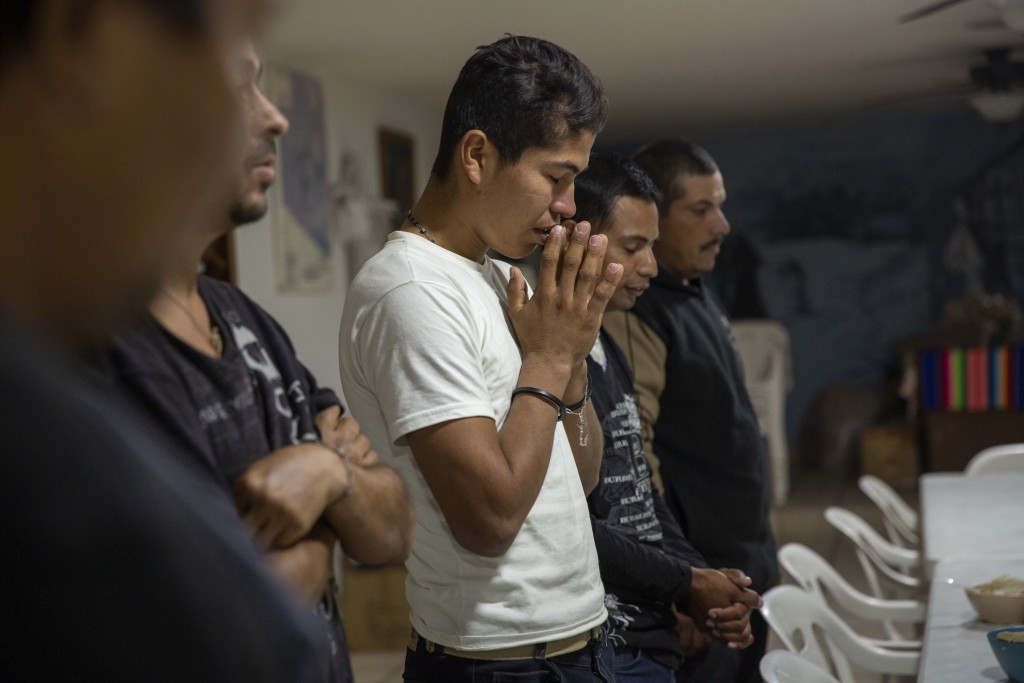 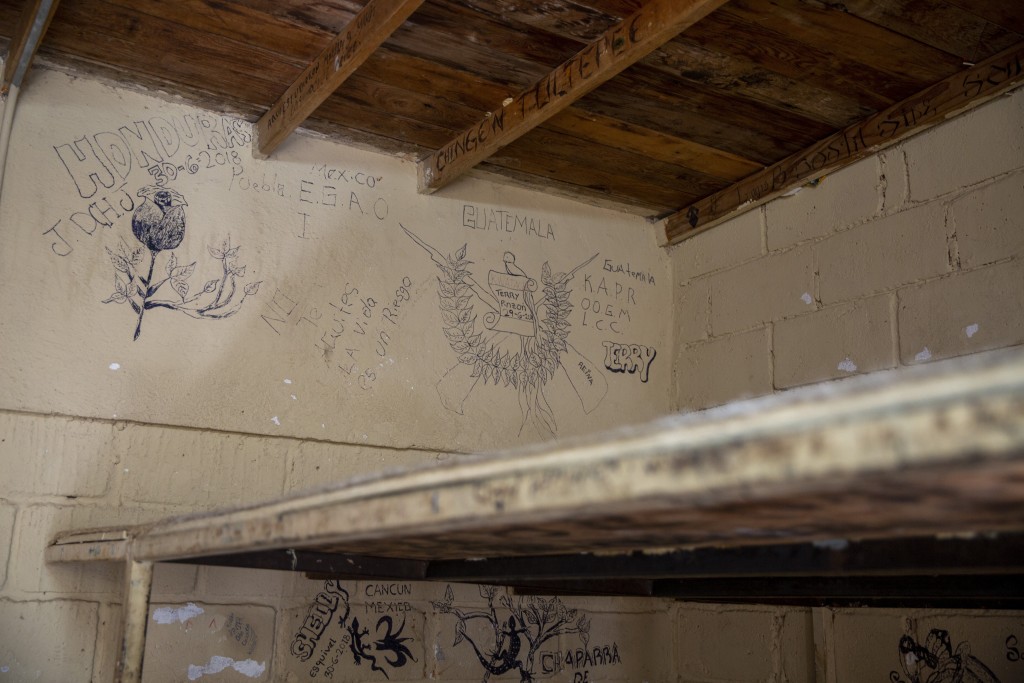 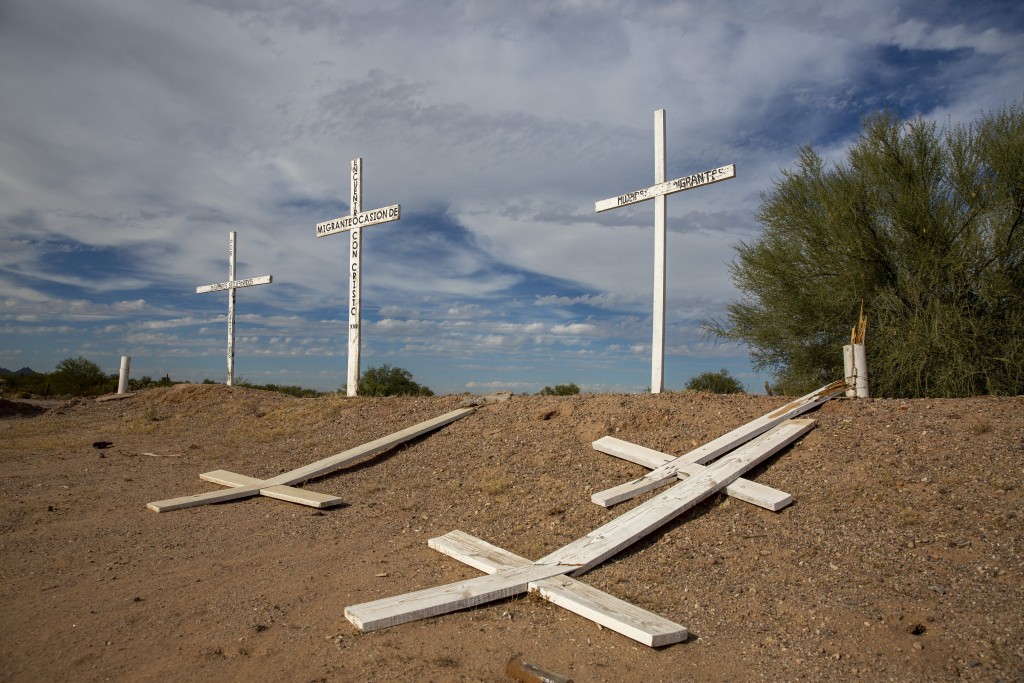 HERMOSILLO, Mexico (AP) — The heavy-set man swept through a nightclub curtain into the reserved area of a nightclub. In the darkness he agreed to talk about his business: handling the income from smuggling migrants across a 375-mile stretch of the U.S.-Mexico border.

“We control all the territory” along the frontier with Arizona, said the cartel money man, who asked to be identified only as Manuel.

His organization, though he didn’t explicitly name it: the Sinaloa cartel.

The hardening of U.S. and Mexican immigration policies has “complicated” the business because there are more security forces on both sides of the border, but Manuel isn’t worried. Yes, there are fewer risking the journey and the out-of-pocket has mounted with the need to pay ever-escalating bribes. But the cartel also charges more. Conclusion: The money keeps flowing.

In a year of dramatic policy changes on both sides of the border, smuggling networks have adjusted: higher prices, some new workarounds, attractive “package deals,” as well as tried-and-true smuggling techniques that include well-trodden routes and generous bribes.

Six months of interviews by The Associated Press with migrants and smugglers along migration routes in Mexico and Central America revealed a smuggling business that has adapted and has thrived. In most cases, the migrants and smugglers refused to be fully identified to speak about a shadowy enterprise that governments on both sides of the border have promised to crack down on.

The territory Manuel manages nets an average of $1 million per month. But that’s just a tiny piece of a multi-billion-dollar business that the U.N. Office on Drugs and Crime estimates involves $4 billion annually. The Mexican government has calculated it could be as high as $6 billion.

“It’s a business that you’re not going to stop,” Manuel said.

When the doors of the semi-trailer in southern Mexico swung open, the 26-year-old Honduran man wanted to turn around and leave with his wife and 4-year-old daughter.

The windowless metal box was not what a smuggler had promised 310 miles to the south in Los Amates, Guatemala. There, $7,000 promised a care-free journey to the U.S. border aboard luxury buses with meals included.

Now he could only think of his daughter and the $4,000 they had already paid and couldn’t afford to lose.

“They told me that we were going to come comfortably, eating well, but it was all a lie,” said the man, who agreed to be identified only by his middle name, Jesús, out of fear for his family’s safety.

Since entering office, U.S. President Donald Trump has moved to curb legal and illegal immigration, repeatedly decrying a “crisis” at the border. Earlier this year, he threatened crippling tariffs on Mexican goods unless Mexico curbed the flow of migrants. Mexico responded by deploying thousands of members of its newly formed National Guard along migration routes.

The U.S. then reached bilateral agreements with Guatemala, Honduras and El Salvador aimed at making it much more difficult for migrants crossing those countries to seek asylum in the U.S.

The impact was swift: Total apprehensions and those deemed inadmissible at ports of entry at the southern border reached 977,509 from October 2018 until the end of September, the highest number since 2007 — and a more than 87% increase since the same period a year earlier.

And the price of the journey has grown, often surpassing $10,000 for those from Central America. But there are enticements, like the “package” deal. That was Jesus’ plan — $7,000 all-inclusive for his family of three.

He paid the initial $4,000 installment and departed Honduras on Aug. 15 for the Guatemala border. There the family crossed into Mexico aboard a van with only a cursory glance from a lone Mexican soldier.

That’s where Jesús’ dream turned into a nightmare as his family and about 150 other migrants were piled into the semi-trailer and the truck rumbled north.

A Salvadoran smuggler summarized it this way: To have a safe and efficient trip, “you have to pay.” And with Guatemalan authorities checking people on buses and thousands of National Guard members deployed across Mexico there are more people to pay.

In response to a request for comment, the National Guard said that it has not received any complaints about its personnel taking bribes. The Mexican government said it is working to root out corruption in security agencies, as well as among its immigration enforcement apparatus.

When Jesus got to Coatzacoalcos in southern Mexico where authorities have focused enforcement efforts, five agents from the Attorney General’s Office stopped the truck. The migrants paid about $35 each to be allowed to continue. In a matter of minutes, the agents made more than $5,000.

In Reynosa, across the border from Hidalgo, Texas, armed men stopped the truck. “I thought they were federal police because they had cones (set up) and were well armed,” he said.

He was wrong. They were from the local cartel and they explained to the migrants how things worked.

Reynosa has been in the grip of organized crime for years. It costs a migrant to enter and to exit. Jesús discovered his $7,000 trip didn’t include these fees: $25 to enter the city and $500 to leave. Jesús also had to pay the $3,000 balance for their trip.

“You pay off the trip or they kill you,” he said.

Jesús and his family crossed the Rio Grande in an inflatable raft the night of Aug. 27. They walked five hours before Border Patrol showed up and they could turn themselves in and request asylum.

A week later, U.S. authorities returned them to the Mexican border city of Matamoros, where hundreds of migrants are camped in deplorable conditions, to await their Dec. 2 court date.

Jesús’ wife decided to return to Honduras with their daughter because it was too dangerous to remain in Mexico. Jesús headed for southern Mexico, where he felt safer, to await the court date.

In late November, Jesús headed for the border. He got as far as the northern city of Monterrey where he learned that the cartel controlling Matamoros required $500 to enter and cross to his court date in Brownsville, Texas. He didn’t have the money.

A day after he missed his Dec. 2 court date Jesús was looking for work in Monterrey — this time to raise the $9,000 a smuggler wanted to bypass U.S. border security.

Being far from his daughter and wife was difficult, he said, “But Ï have to be strong and move ahead because in Honduras I owe a lot of money.”