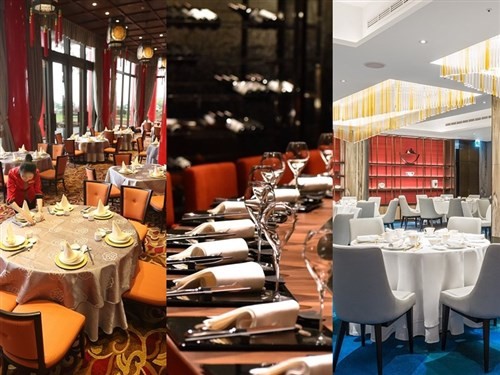 Twelve hotels in Taiwan, rated as five-star or international tourist class, were found earlier this year to be in violation of food safety standards, and fines were imposed accordingly, the Food and Drug Administration (FDA) said Tuesday.

The FDA said it tested 116 food products at 58 hotels between April and July this year, and checked whether their food services were in compliance with two food management systems -- Hazard Analysis & Critical Control Points (HACCP) and Good Hygiene Practices (GHP).

At seven other hotels, including the Ambassador Hotel Taipei, Regent Taipei and Grand Hotel Taipei, expired food items were found, which resulted in fines of between NT$60,000 and NT$300,000, the FDA said.

The Monarch Skyline Hotel and South Garden Hotels and Resorts, both in Taoyuan, the Ambassador Hotel Hsinchu and Wen Wan Resort in Nantou County also had expired food in stock, according to the FDA.

The expired food items at the hotels were mostly dried goods, which can be easily overlooked since they usually have long expiry dates, Chou Pei-ju (周珮如), a division chief at the FDA, told CNA.

Some foods were only a few days past their expiration dates, while others had expired six months earlier, Chou said.

The Grand View Resort Beitou Hotel in Taipei was fined $240,000 for using baking soda that did not comply with FDA standards, while the Orient Resort Penbay in Pingtung County was fined $30,000 for its complete lack of staff with any type of food certification.

The Monarch Plaza Hotel in Taoyuan and Wen Wan Resort in Nantou County were fined NT$60,000 and NT$120,000, respectively, for HACCP violations, the Chou said.

She said hotel operators should regularly inspect their food ingredients, condiments and dried foods and check whether the products from their suppliers comply with food safety regulations.
Hotels that failed the inspections this year will come under closer scrutiny in 2020, Chou warned.