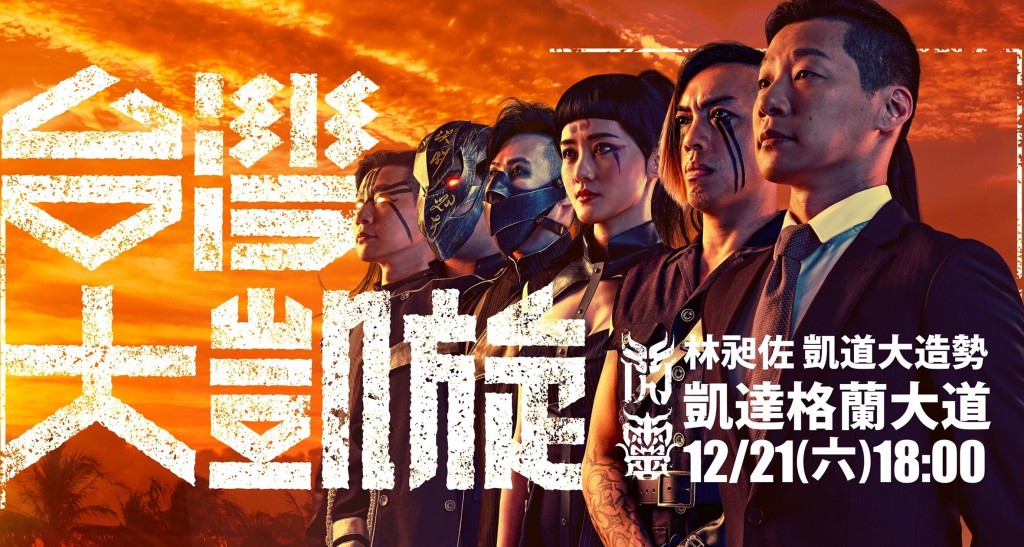 TAIPEI (Taiwan News) — Heavy metal band frontman-turned-politician Freddy Lim (林昶佐) will stage a concert with his band, Chthonic, at Ketagalan Boulevard in Taipei on Saturday evening (Dec. 21) in support of his legislative campaign.

“This is a crucial moment. Taiwan is facing China on the front line. We have made the firm choice to protect our free way of life,” said Chthonic bandleader Doris Yeh (葉湘怡). “I hope through a large concert, we can mobilize and gather everyone, calling on more people to stand up to China together,” she added.

This will be the first time the band has hosted a large-scale concert in four years, with the previous one held shortly after Lim announced his first legislative bid. President Tsai Ing-wen (蔡英文) is expected to attend the musical rally and deliver a talk at the end of the event.

Over the past few weeks, Tsai, who is also seeking a second term, has collaborated with Lim on the upcoming elections. Currently running as an independent, Lim left the New Power Party (NPP), which he helped found, and declared his support for Tsai’s reelection in August.

The Frontline, a five-member, cross-party campaign alliance that has fashioned itself as the opposite of the pro-China Kuomintang legislative candidates, will also join forces with Lim on Saturday. They include legislative nominees Lai Pin-yu (賴品妤) and Enroch Wu (吳怡農) from the ruling Democratic Progressive Party (DPP), Chen Po-wei (陳柏惟) of the Taiwan Statebuilding Party, and fellow independent lawmaker Hung Tzu-yung (洪慈庸).

The concert would express Chthonic’s abiding concern for Taiwan’s sovereignty, human rights issues, and pro-democracy protests in Hong Kong, wrote the band on its website. In addition to the sixty-minute show put on by Chthonic, Taiwanese rock band Fire EX. has also been invited to the event.

Since Lim was elected to office four years ago, Chthonic has kept a low profile and put on far fewer public performances. However, it won the Best Band at this year’s Golden Melody Awards for its latest album “Battlefields of Asura,” which was released in 2018.