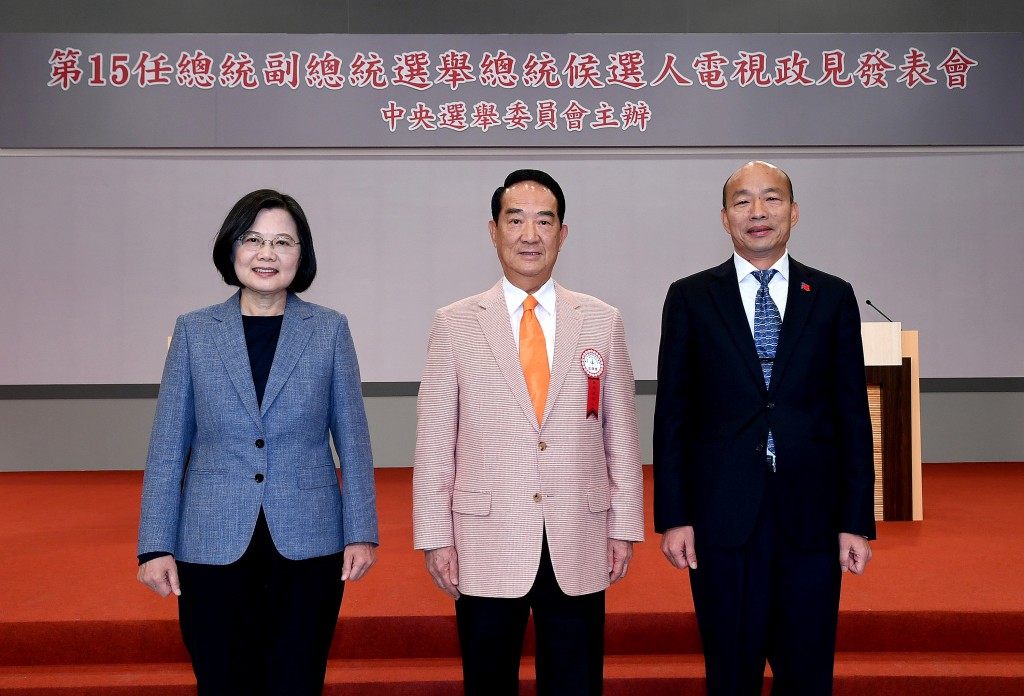 A real debate, with questions and interaction between the candidates, is scheduled for December 29, but additional policy presentations will also take place on Dec. 25 and Dec. 27. The vice-presidential candidates will receive their opportunity on Friday (Dec. 20).

Tsai emphasized how her administration had not made a single concession on sovereignty in the wake of pressure from China, including that country's ban on trips by individual travelers to Taiwan, which went into effect August 1, causing tourist numbers to drop.

She also emphasized Taiwan’s economic success and rejected Han’s claims that she was afraid of mentioning the country’s official name, Republic of China. The incumbent also lashed out at Han, describing him as “the absent mayor” who had thrown away Kaohsiung for his own interest.

In addition, Tsai said Han and the KMT had consistently presented an unclear view of their position vis-à-vis China, even as the people of Hong Kong protested. The side changing the status quo across the Taiwan Strait was not Taipei, but Beijing, Tsai asserted, and she further accused China of attempting to infiltrate and divide the island.

Han accused the government of corruption and said that if he won the election, he would revive a special investigative body to look into allegations against senior officials.

While his accusations were directed at Tsai, he said that after his term in office concludes, the investigators should also look at his administration’s record. If it was found guilty of corruption, no parole would be possible, and “in prison, one could only eat one meal a day,” Han said.

Soong described himself as a realist who stood above the intensifying confrontation between the “green” and the “blue” camp. He went on to underline his role in Taiwan’s transition from authoritarian rule to democracy. Turning to the present, he warned of the threat posed by the island's aging population, saying it could lead to the marginalization of Taiwan.

If elected, Soong promised he would only serve one term. He also pledged to listen to diverging opinions in order to put the common interest first.

The televised event was carved up into three segments, with each candidate receiving 10 minutes of air time per segment.