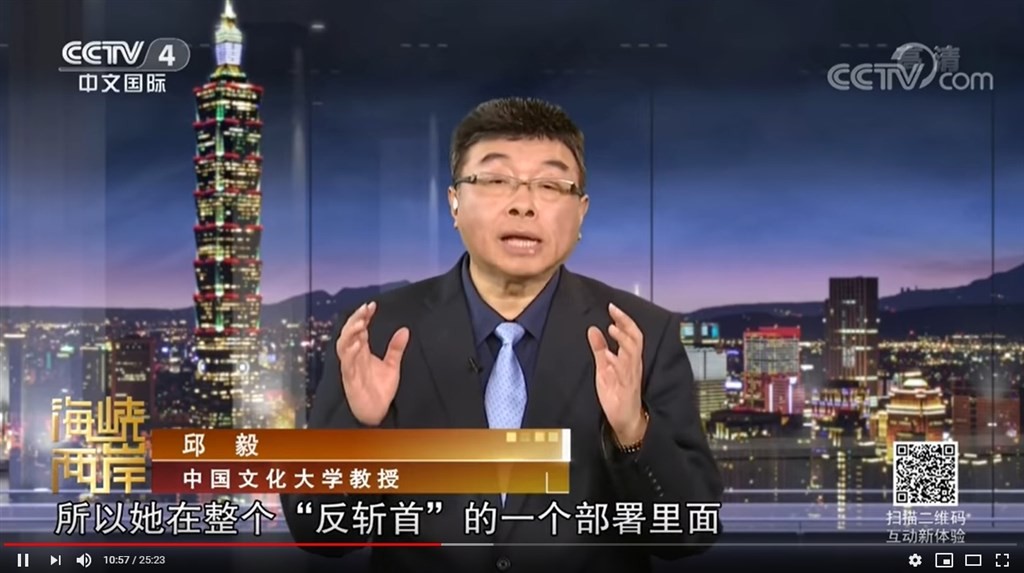 Chiu, a former Kuomintang (KMT) lawmaker, was first selected for the KMT’s legislator-at-large list for the January 11 elections, but an outcry over his pro-Chinese tendencies led to his withdrawal.

The small pro-unification New Party then put him at the top of its list of at-large candidates. If the group crosses the 5-percent threshold, Chiu will be elected, though most opinion polls say this is highly unlikely.

On December 13, Chiu appeared on China’s CCTV 4 where he discussed how Taiwan had stationed its missiles against the threat posed by the more than 1,000 missiles the communist country has pointed at the island.

In a statement on Wednesday, the Ministry of National Defense condemned Chiu's comments, reminding the public that Beijing had never abandoned the possibility of using force against Taiwan and that still posed a serious threat, CNA reported.

The deployment of missiles was an issue of national security which should not be discussed lightly, the ministry said.