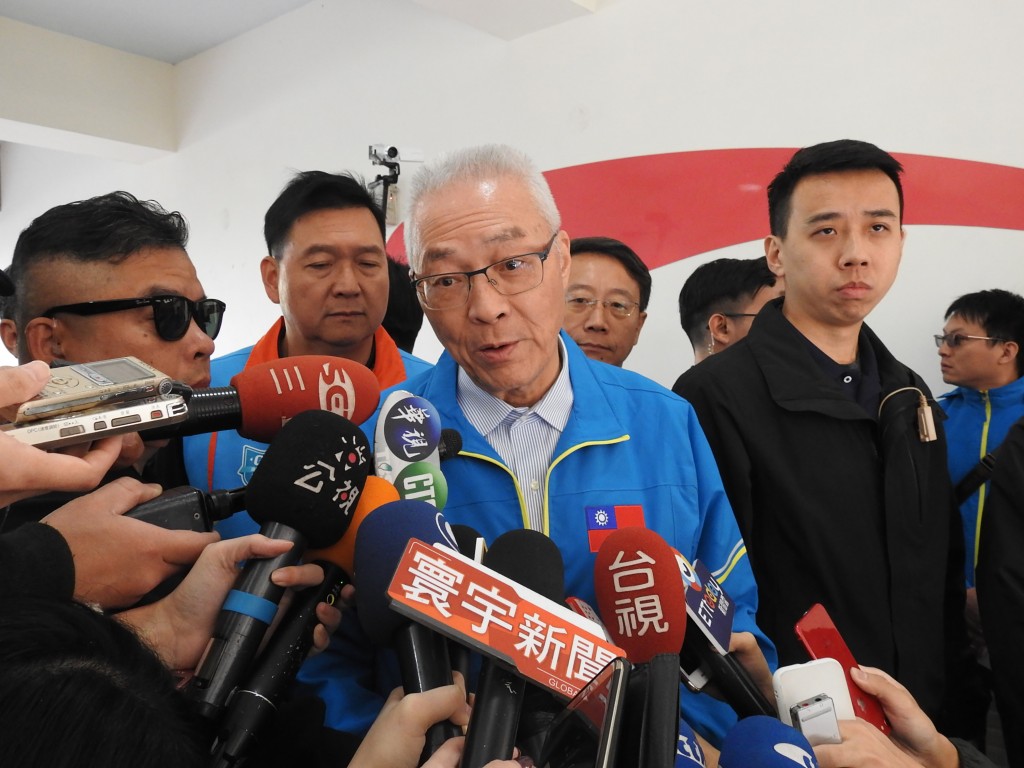 “Tsai Ing-wen is a woman who brings bad luck,” said the 71-year-old party chair in Taiwanese at a campaign rally for the KMT presidential nominee, Han Kuo-yu (韓國瑜), on Tuesday (Dec. 17). Wu considers Tsai to be responsible for an increasingly destabilized society, citing homicide cases involving mutilation in recent years, and he thus suggested that such an ominous figure should not be a president.

In a post published via Facebook on Tuesday evening, Tsai slammed the KMT politicians for repeated verbal attacks against women. Tsai said she could put up with personal attacks aimed at her but that “Taiwan should no longer tolerate this kind of negative election campaigning.”

The president, who is seeking her second term in the upcoming presidential election, called for those who “have had enough of the KMT’s discriminatory remarks and lies” to show their “contempt for the party that is full of discrimination” by casting their ballots on Jan. 11.

This is not the first time that Tsai, the first female Taiwanese president, has been targeted by sexist comments from her male opponents. Last week, the KMT vice presidential nominee, Simon Chang (張善政), raised doubt over the feasibility of Tsai’s social and welfare policies for the reason that she is an unmarried woman without children.

Chang issued an apology shortly after his statement had backfired, although he claimed his words had been somewhat twisted. The KMT chair, however, has shown no sign of repentance despite criticism on social media.

In a statement issued on Wednesday morning (Dec. 18), the KMT restated that Wu’s main point was that the Tsai administration’s lack of performance had led to a decline in the economy, social stability, and other areas. If Tsai wins reelection, she will still take Taiwan in an “ominous direction,” the statement says.

The opposition party went on to condemn the DPP government for not properly addressing the case of Taiwanese comfort women abused by the Japanese empire during the colonial period. The Japanese authorities have, over the years, been reluctant to discuss the matter.

Wu previously faced public outrage for misogynist comments he made last year, when he implicitly called Chen Chu (陳菊), the secretary-general to the Presidential Office, a “fat pig.”

Taiwan boasts that it is one of the most equitable societies in Asia, with a female chief of state and a proportion of female lawmakers approaching that of Scandinavian countries. However, in politics, female politicians have long been recipients of verbal attacks by their male counterparts, regardless of their political party.