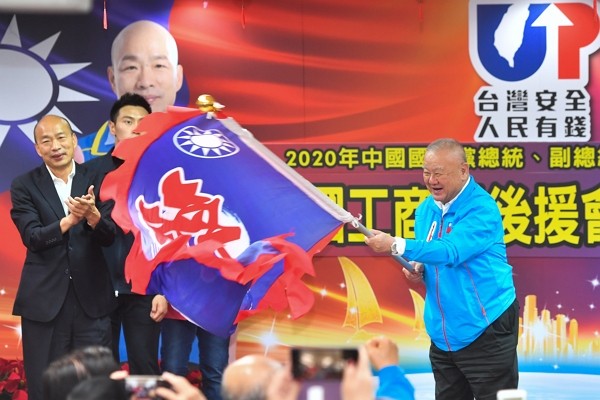 Lien criticized the ruling Democratic Progressive Party's (DPP) incapability to solve the country's financial woes, adding that the party's hostility towards China has created strong tension between enterprises in the two countries. Lin believes that Han, if elected, will be able to boost Taiwan's competitiveness in the global market, reported UDN.

Han said that the president of Taiwan should help create financial abundance for its businessmen instead of imposing obstacles for them. He added that 2020 will be the ECFA's 10-year anniversary and warned that the Chinese government would terminate the agreement, which aims to reduce tariffs and commercial barriers between Taiwan and China, if the DPP wins the election, reported Yahoo News.

In response to Han's remarks, the Ministry of Economic Affairs (MOEA) pointed out that the ECFA is still in effect and that the government has not received any request from China to end the preferential trade agreement. It stressed that Taiwan has not experienced any problems with overseas exports and that business leaders should be wary of misleading information.