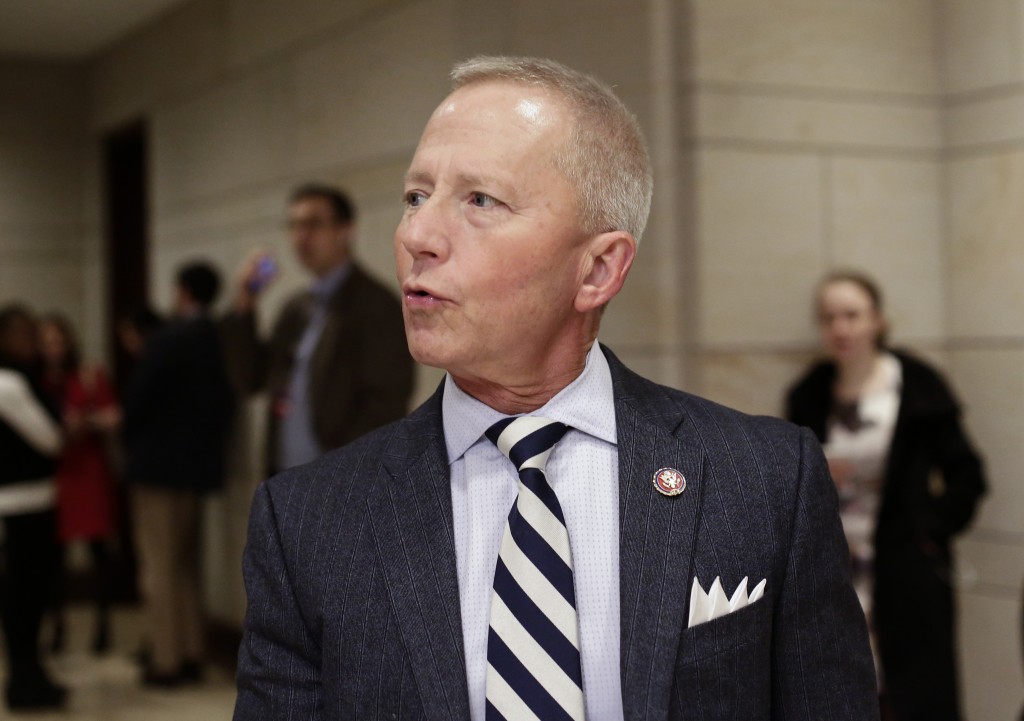 WASHINGTON (AP) — The political fate of party-switching Rep. Jeff Van Drew may well hinge on how forcefully he is backed by President Donald Trump, whose impeachment the New Jersey lawmaker is refusing to support.

With the House set for a near party-line vote impeaching Trump this week, the longtime Democrat told his staff two days ago that he will become a Republican, a former aide said Monday. Underscoring the partisan animosity that the impeachment fight has spawned, at least six of Van Drew's top aides promptly quit.

Now, the 66-year-old former state legislator, who's been a political powerhouse in his southern New Jersey district, must figure out how to survive a race in which local Democrats now despise him and Republicans don't want him elbowing them aside.

His race will also test the electoral impact of his party switch on the face of the impeachment showdown, which has sharply divided the two parties. In recent years, congressional party switchers have had mixed records extending their careers.

Trump met with Van Drew last week and complimented him on Twitter for his “honesty,” and one rival for the GOP nomination for the seat says he's been told Trump will endorse Van Drew. There's been no word on whether Trump will help Van Drew win the GOP nod in next June's primary or aid him during next November's general election, but analysts say it will be crucial.

“Whatever trouble in the Republican primary Jeff Van Drew might have goes away when Donald Trump throws his arm around the guy,” said Ben Dworkin, director of the nonpartisan Rowan Institute for Public Policy & Citizenship in Glassboro, New Jersey.

Van Drew's general election prospects will depend on factors including how liberal the Democratic presidential nominee and the Democrat seeking the House seat are. His district has become increasingly conservative, with Trump carrying it narrowly in 2016 after Barack Obama won it in 2008 and 2012.

“I think Van Drew would be the early favorite, assuming Trump helps him get the nomination,” said Patrick Murray, director of the nonpartisan Monmouth University Polling Institute.

Van Drew's defection to the GOP got a thumbs-up Monday from Cheryl McCleary as she waited tables at a luncheonette in Surf City, on New Jersey’s Long Beach Island.

“I appreciate the fact that he’s staying true to his conscience,” said McCleary, an independent voter. “If you feel like you’re not in touch with your party on key issues, it’s a good thing to switch.”

Van Drew's decision came after a poll by his campaign showed that by 2-1 margins, voters in his district preferred alternatives to him in the primary and general election. The poll was provided by a senior Democratic aide.

“This is a guy who cut and ran away from the Democratic Party to protect his own skin,” said David Richter, former CEO of a global construction firm who's seeking the GOP nomination.

Richter said local GOP officials have told him Trump will back Van Drew, but says he thinks he can still defeat him.

Van Drew, a former dentist, was a conservative state senator before he joined Congress, bucking Democrats on issues including gun control and gay marriage.

In his first year in Congress, Van Drew was among a handful of Democrats who voted against Nancy Pelosi, D-Calif., becoming speaker. He and Minnesota Rep. Collin Peterson were the only two Democrats who voted in October against starting the impeachment inquiry, and both were expected to oppose impeachment this week, with perhaps a handful of others.

Overall, Van Drew has voted with Trump 7 percent of the time, according the data tracking website fivethirtyeight.com. That's one of the higher scores among House Democrats, and far beneath the lowest loyalty score for any Republican, which was 35 percent.

“It's certainly not a profiles in courage award that he gets,” Sen. Bob Menendez, D-N.J., said in an interview. He said he believed Van Drew was switching because his anti-impeachment vote would have cost him the Democratic Party's endorsement next year.

“Congressman Van Drew has long voted against core Democratic values," Democratic Gov. Phil Murphy said in a tweet. "Betraying our party by siding with Donald Trump is the final straw.”

After Republicans captured the House majority in 1994, five Democrats switched to the GOP, including two who lost their next elections. But Rep. Billy Tauzin of Louisiana joined the GOP leadership and became a committee chairman while Georgia Rep. Nathan Deal was elected governor.

“They were more than happy for us to leave," former Rep. Mike Parker of Mississippi said of his former Democratic colleagues in an interview.

Among the most recent party switchers was Rep. Parker Griffith, D-Ala., who joined the GOP in 2009. He lost the Republican nomination for his seat the following year.

Conservative Rep. Justin Amash of Michigan left the GOP and became an independent this year after saying he was open to impeaching Trump. His prospects for reelection next year are unclear.