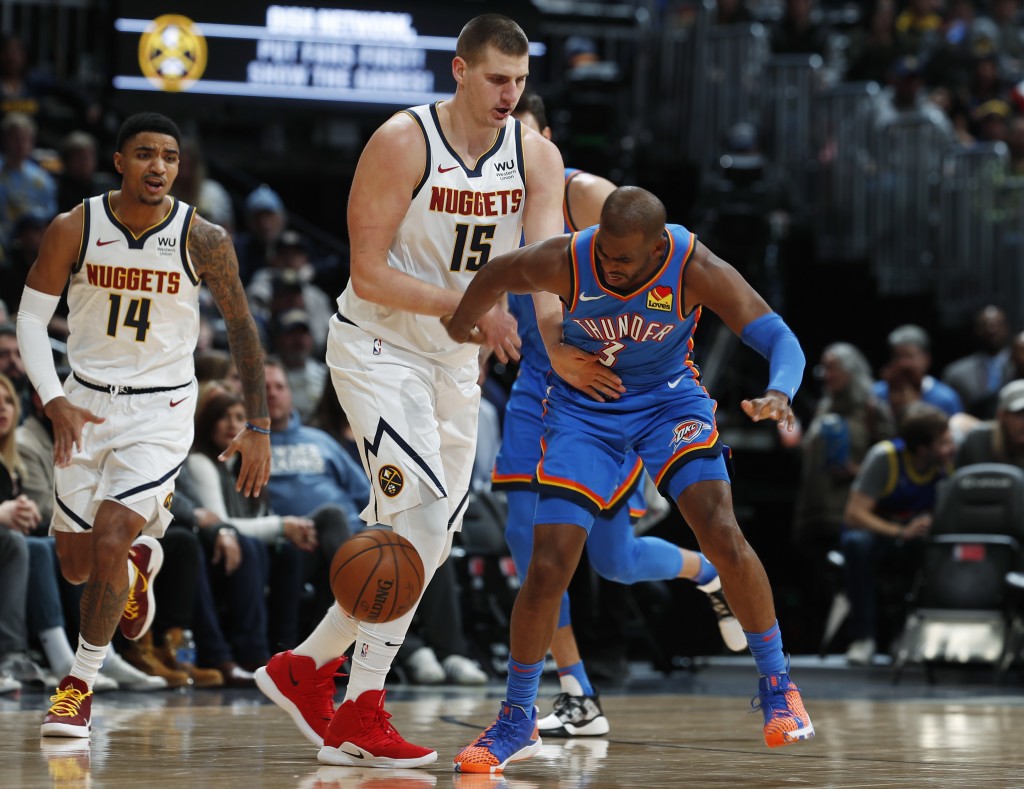 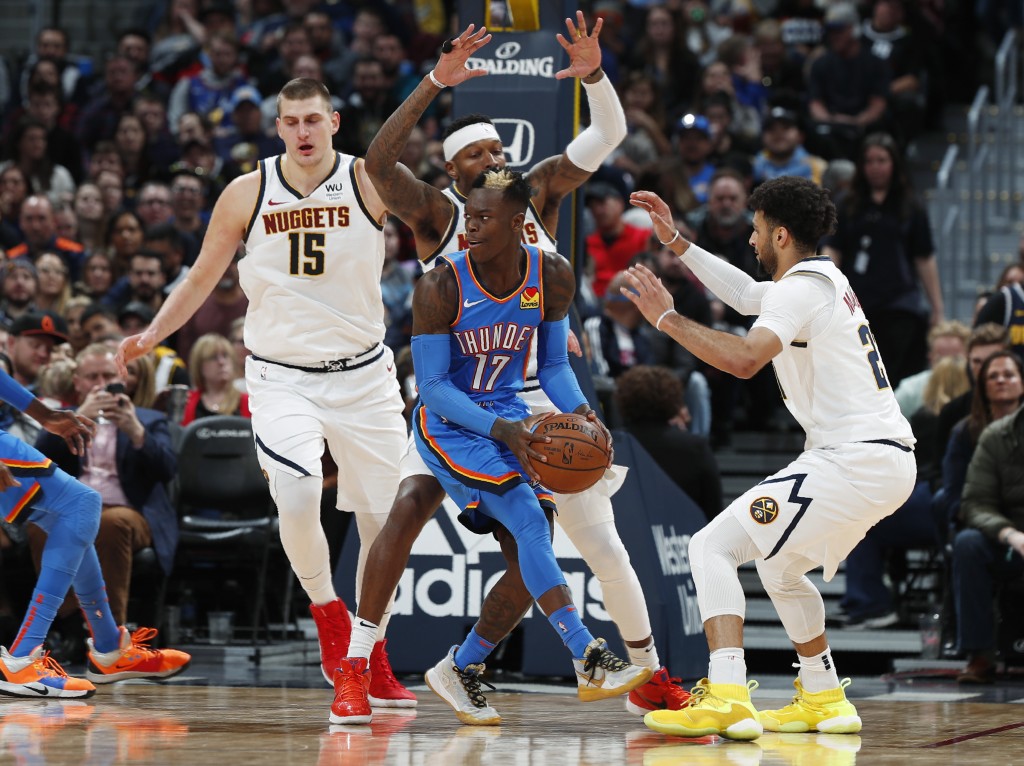 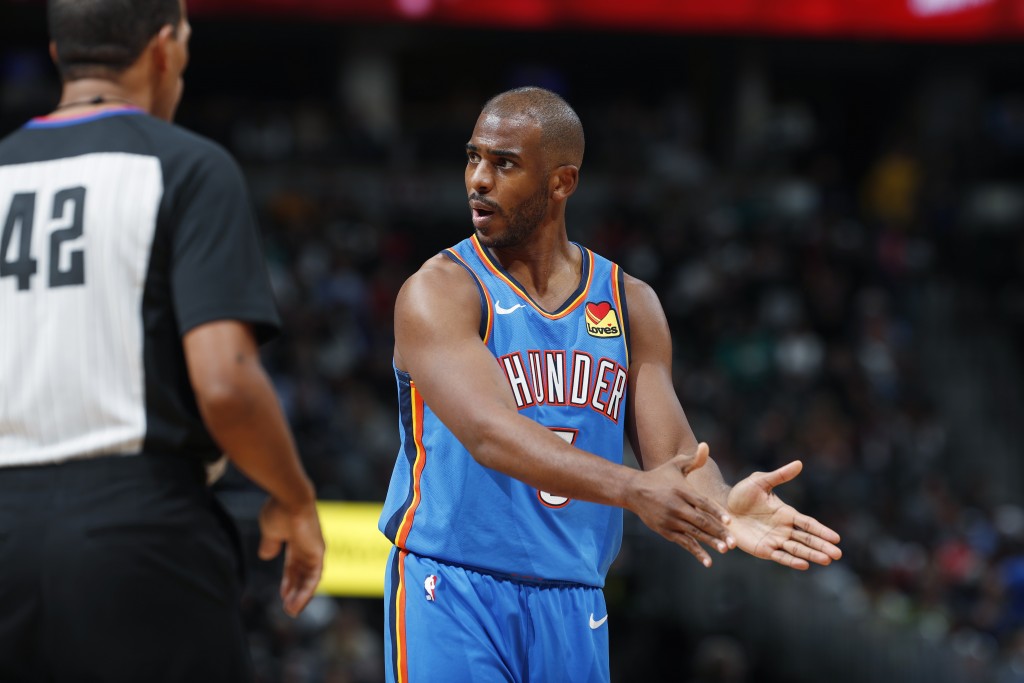 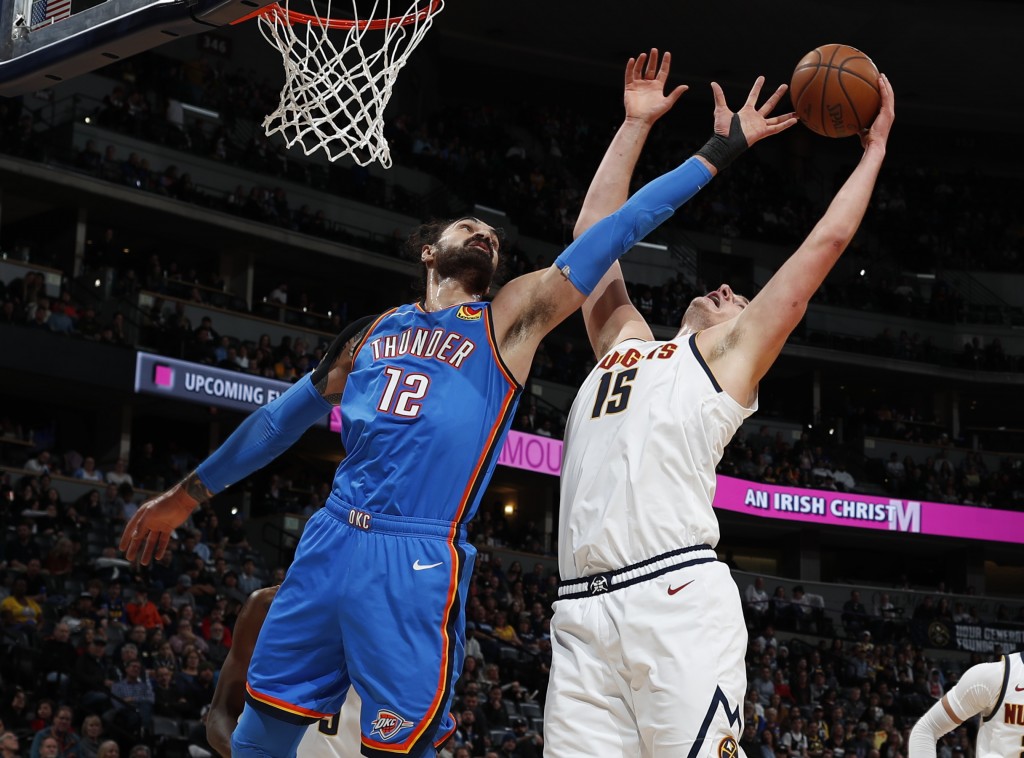 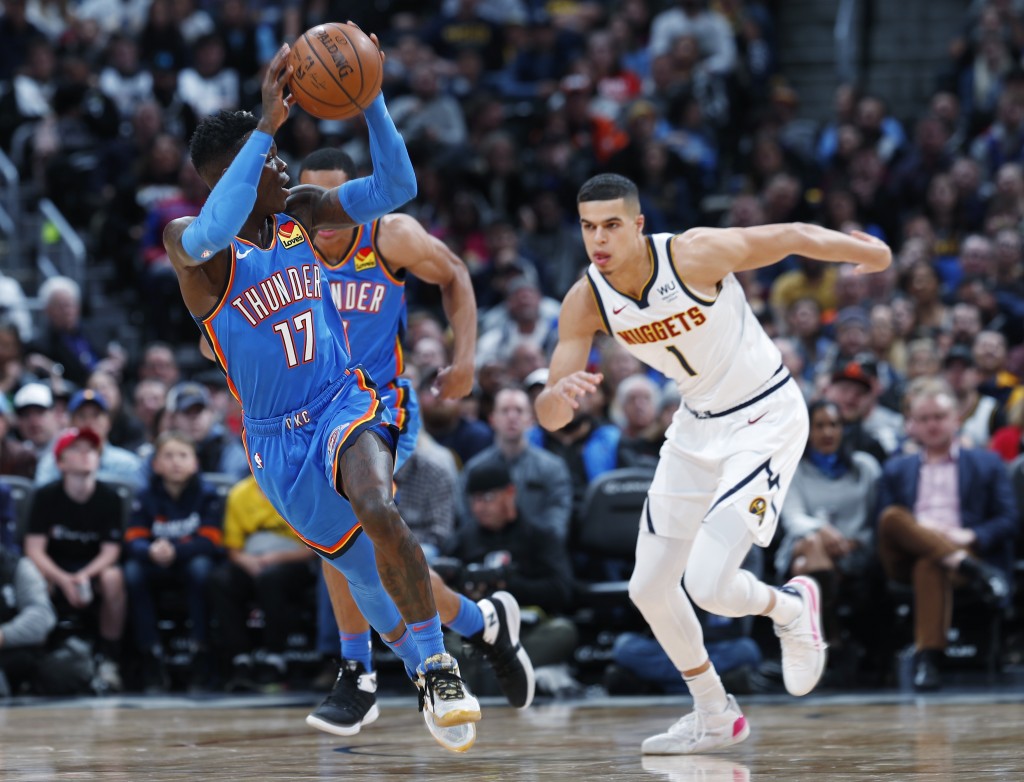 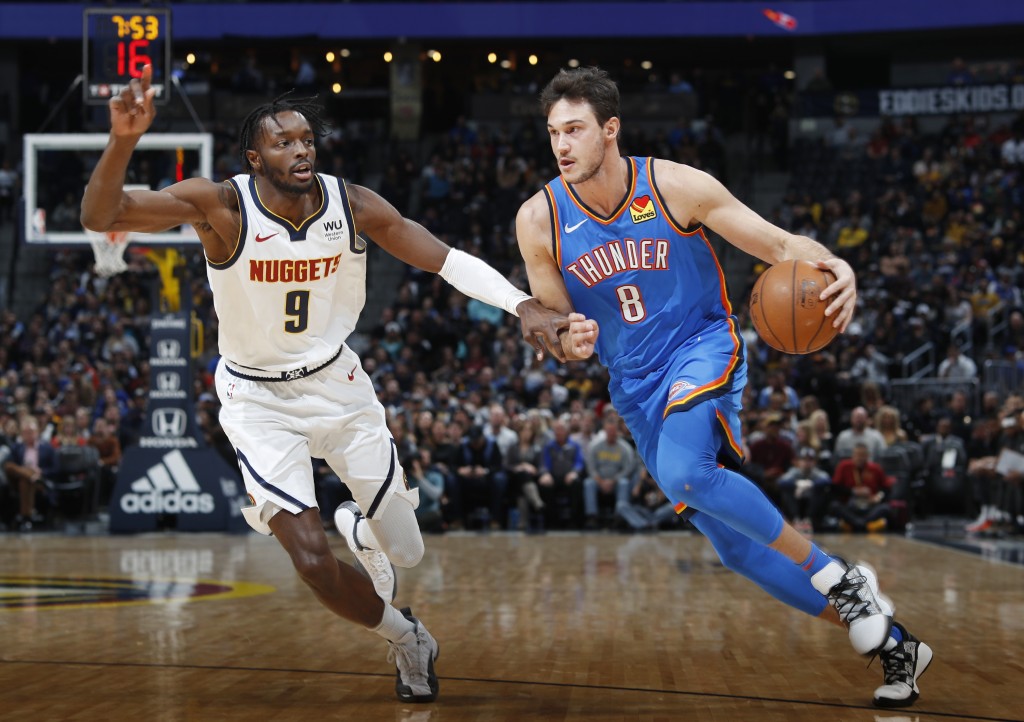 DENVER (AP) — Nikola Jokic had 28 points, 14 rebounds and 12 assists for his fourth triple-double of the season, leading the Denver Nuggets past the Oklahoma City Thunder 110-102 on Saturday night.

It was the 32nd regular-season triple-double for Jokic, tying him with Rajon Rondo for 11th all-time. He also has four in the playoffs.

All five Denver starters scored in double figures, including Will Barton with 18 points and Jamal Murray with 14, to help the Nuggets beat the Thunder for a seventh straight time.

Dennis Schroder had 22 points to lead the Thunder. Steven Adams had 18 points and Shai Gilgeous-Alexander scored 16 for Oklahoma City. Chris Paul finished with 15 points and 10 assists.

Leading by three at the break, Denver used a 12-2 burst late in the third quarter to take a 77-62 lead. Abdel Nader had the Thunder's lone basket in that span while Murray highlighted the Denver surge with a lob off the backboard that he put back through the net with a two-handed dunk.

Torrey Craig later hit a 3-pointer and Juancho Hernangomez had a driving layup to help Denver take an 82-68 lead into the fourth quarter.

The Thunder narrowed the deficit to five points on a jumper by Gilgeous-Alexander with 6:50 left to play, but the Nuggets then scored nine straight points, including a dunk and 3-pointer by Jokic for a 102-88 advantage with 4:35 remaining. The Thunder couldn't mount another threat.

The Nuggets got off to a hot start, opening a 22-6 lead early, but the Thunder steadily gained on them and Adams' dunk pulled Oklahoma City to within 52-49 at halftime.

Nuggets: Complete a back-to-back by hosting the New York Knicks on Sunday night.