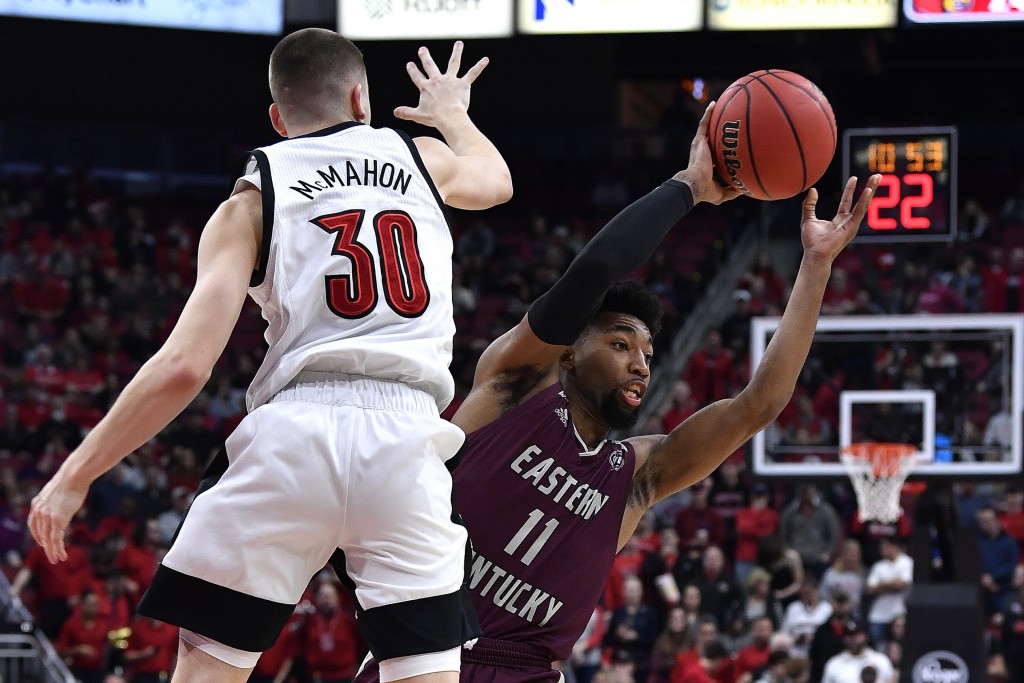 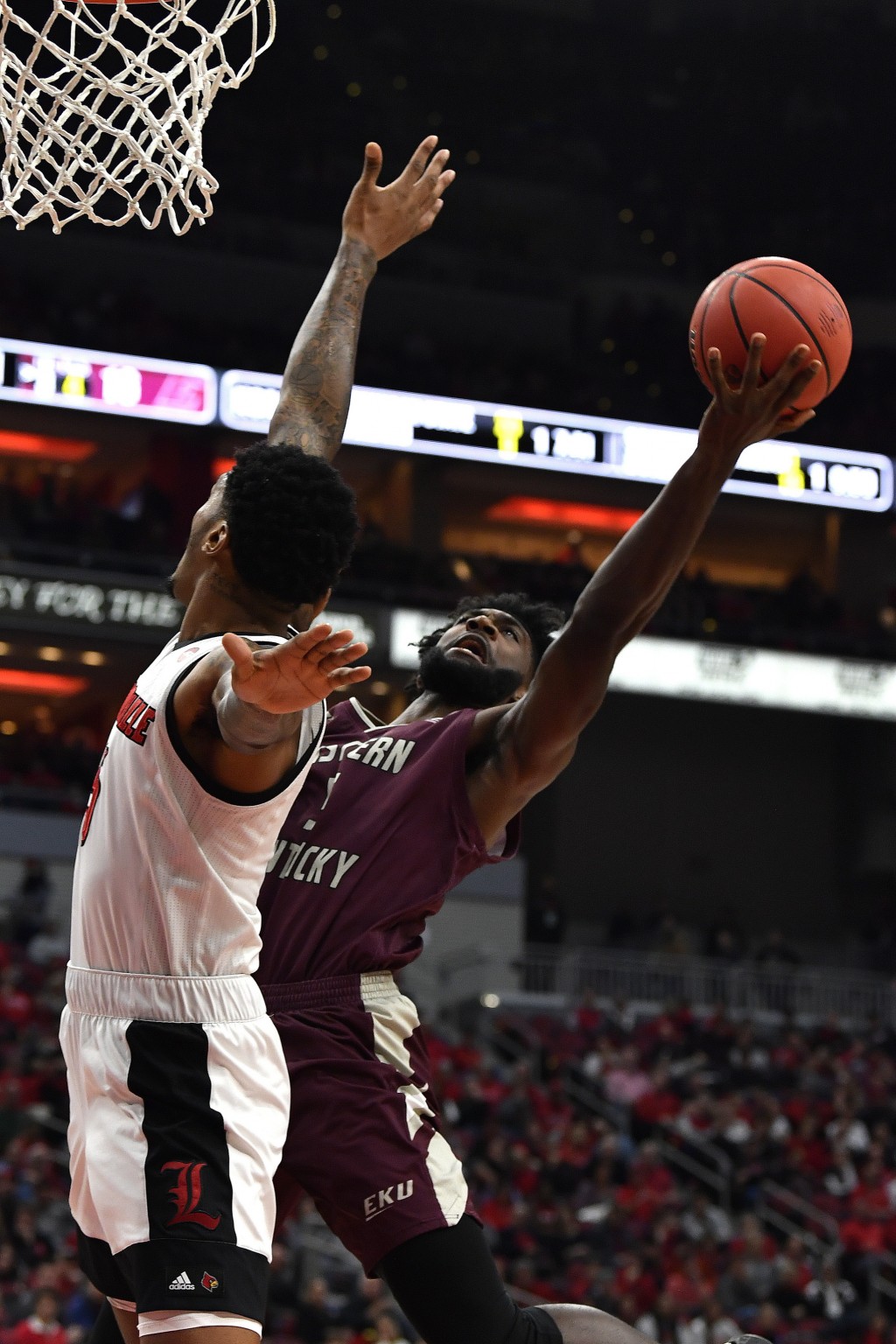 After taking their first loss Tuesday against Texas Tech in the Jimmy V Classic behind 34% shooting, the Cardinals (10-1) responded with baskets from all over the floor. They made 34 of 54 from the field, including 9 of 19 from long range, to pull away from their in-state opponent. Nwora had the hot hand throughout, making 6 of his first 8 to finish 9 of 10 and 3 of 5 from behind the arc.

Enoch made his first seven attempts and grabbed six rebounds as Louisville controlled the Colonels (3-7) 35-24 on the boards. Malik Williams made a pair of 3s for 11 points with six rebounds. Louisville also made 22 of 23 from the foul line.

EKU began 7 of 13 from the field before to initially stay close before several cold spells dug a 20-point hole before halftime that steadily grew in the second half. The Colonels shot just 37% in losing their fifth straight.

Ty Taylor had 13 points, Tre King 12 and Jacquess Hobbs and Jomaru Brown nine each for EKU.

Though Louisville will fall from No. 1 come Monday, this win should minimize its fall in the Top 10.

Eastern Kentucky: The Colonels made nine 3-pointers, but those 18 misses along with struggles inside the arc led to Louisville scoring opportunities. Their trapping defense contributed to 16 turnovers, but their 14 miscues also led to 34 Cardinals points.

Louisville: After three games of 36% shooting or worse, the Cardinals got healthy against the Colonels. They worked the ball around for 22 assists, were more patient in shot selection and went deep in their bench throughout. They sometimes struggled against the trap but figured it out enough to get the ball in the hands of their top two scorers.

Louisville: Hosts Miami (Ohio) on Wednesday in its final game before Christmas and will have 10 days off before visiting rival No. 8 Kentucky.