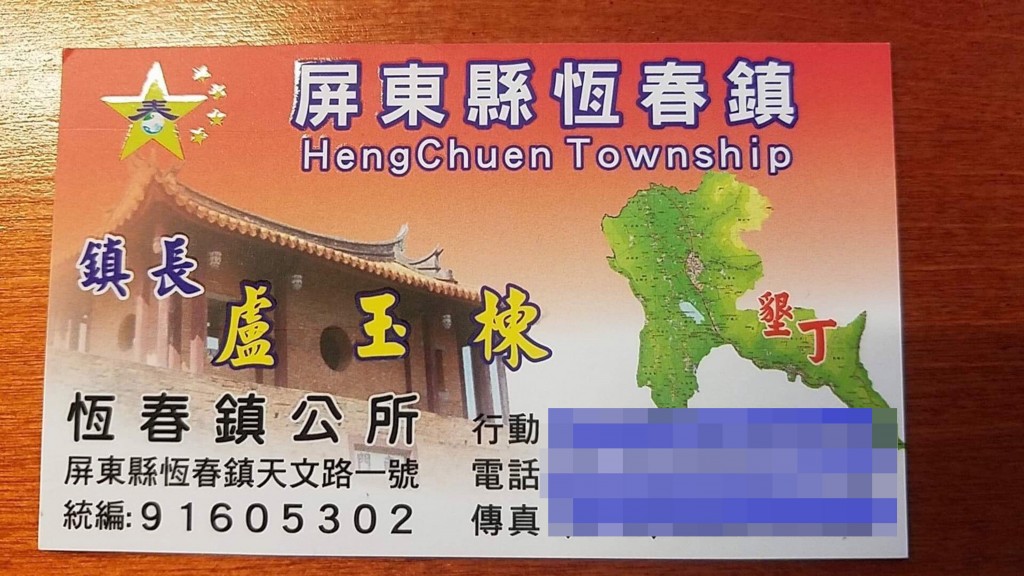 TAIPEI (Taiwan News) — The mayor of Hengchun has angered Taiwanese by handing out business cards in the United States showing the five-star flag of communist China, reports said Saturday (Dec. 14).

Lu Yu-tung (盧玉棟), the mayor of the Pingtung County township, which includes the popular beach resort town of Kenting, had the cards printed in 2014, when his city still received many Chinese tourists, CNA reported.

An overseas Taiwanese in the U.S. saw the card, which features a map of Hengchun superimposed on a red background with five gold stars in the top left corner, and angrily reported it to the Taiwan Statebuilding Party, which alerted the Ministry of Foreign Affairs.

Lu was not expected to return to Taiwan until Monday (Dec. 16), but a local official in Hengchun defended the mayor by saying that the image was designed to both represent the area's five-star service and make Chinese visitors feel more at home.

The Taiwan Statebuilding Party said that since the business cards had been distributed at an official event in Florida to promote Hengchun, it amounted to representing a Taiwanese town as part of China, the Liberty Times reported. 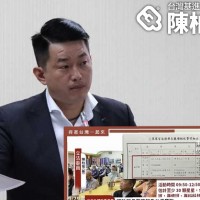 Legislator calls for end to retired general's pension for claiming Taiwan no match for PLA
2020/10/08 11:00