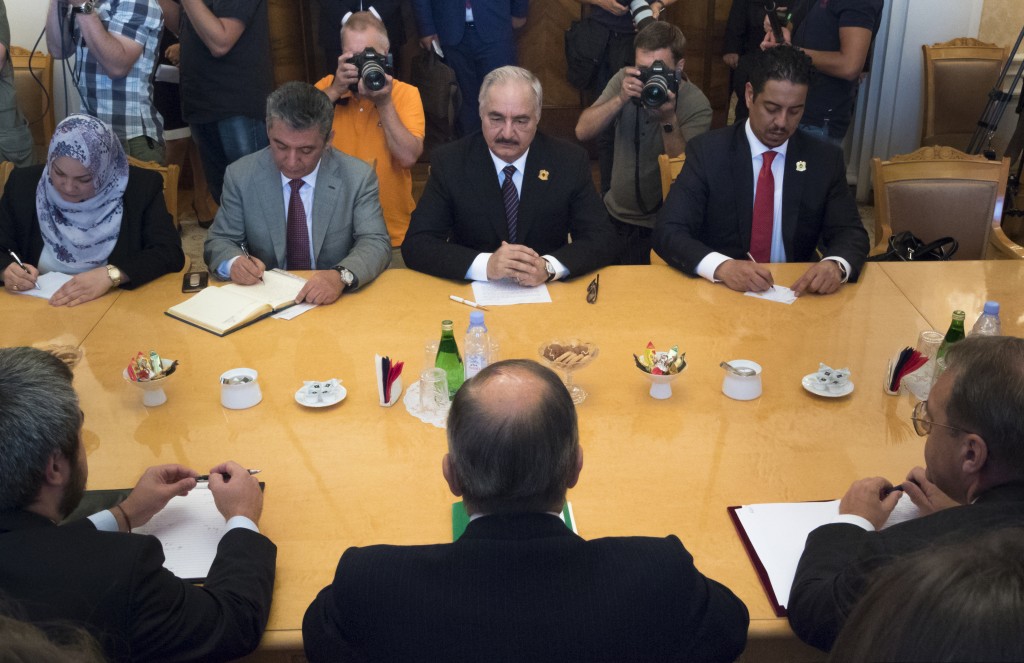 CAIRO (AP) — The prime minister of Libya's U.N.-supported government on Friday shrugged off threats by his rival, the commander of a self-styled army waging a months-long offensive to capture the country's capital, Tripoli, that the “zero hour” of the battle has begun.

Prime Minister Fayez Sarraj called on Libyans to rally around him in the defense of the nation.

Since 2015, war-torn Libya has been divided between two governments, one in the east and the other in the west, based in Tripoli and supported by the United Nations, as well as Italy, Turkey and Qatar.

In April, Hifter's east-based army, which is backed by France, Russia and key Arab countries, including Egypt, the United Arab Emirates and Saudi Arabia, launched its push on the capital.

After nearly eight months of fighting, Khalifa's forces have not taken Tripoli but have been held off on the city's southern edges, instead laying siege on the Libyan capital. The stalemated fighting has so far left more than 1,000 people dead, mostly combatants. Tens of thousands of civilians have been displaced.

In a video posted on the Libyan government's Facebook page, Sarraj dismissed Hifter's claim about a new push as “lies" and “delusions" and said his forces have already “taught the invaders a lesson.”

"I call upon you to rally around the project of a civil state and to show faith in our right to build a state, based on institutions, the rule of law and liberties,” Sarraj said. “Libya can only end up as an oasis for freedom and democracy.”

Since the fighting erupted, Sarraj has portrayed himself as a democratic leader who strives to thwart his rival's alleged attempts to instate a military dictatorship in Libya. Meanwhile, Hifter has argued that his military operation seeks to purge the capital of radical militias allied with Sarraj's government.

The latest statements from Hifter and Sarraj come amid heightened tension between the two warring sides after Sarraj's government signed a security arrangement and maritime deal with Turkey last month. Earlier this week, Turkish President Recep Tayyeb Erdogan said the agreement gives his country the right to send troops to Libya to fend off Hifter's forces from Tripoli.