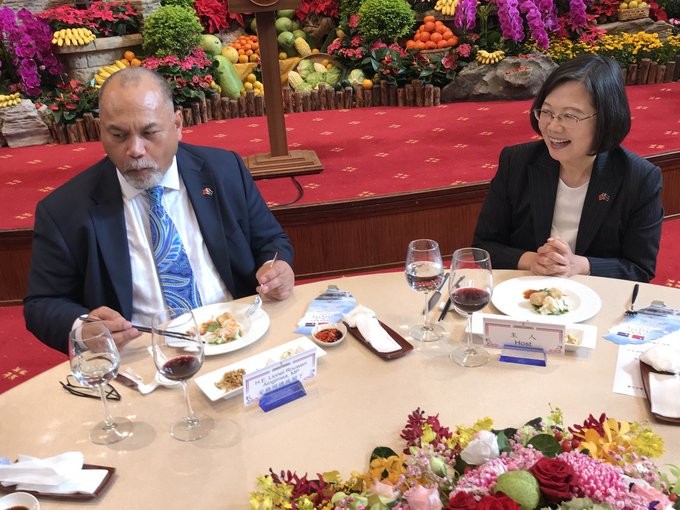 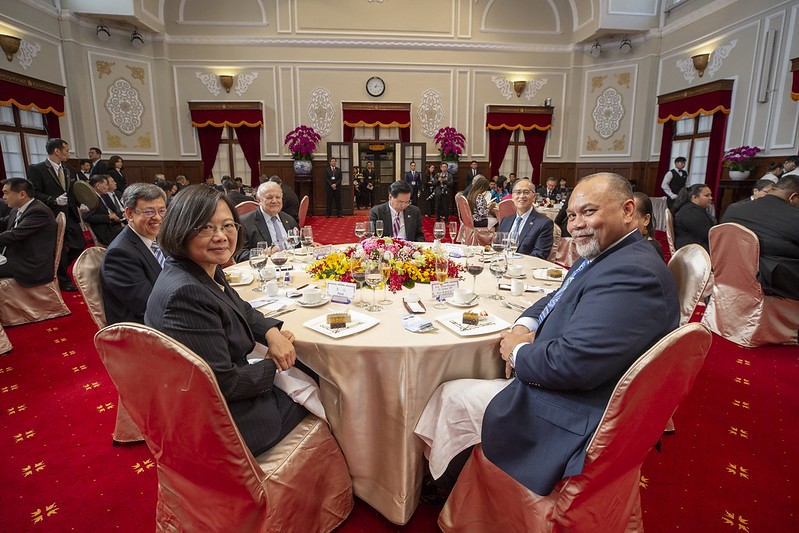 Across Taiwan, deep-fried stinky tofu is a common street food that Westerners either love or hate. The fermented dish has a strong acrid odor and was named by a travel website as one of the ten smelliest foods in the world, though it was voted the most popular snack in Taiwan according to a government survey.

President Tsai hosted a state banquet at noon on Friday (Dec. 13) at the century-old Presidential Office Building for President Aingimea of the Republic of Nauru, one of Taiwan's Pacific allies. She warmly welcomed Aingimea, who is on his first state trip to Taiwan since taking office.

Aingimea first tried Taiwanese stinky tofu during a transit stop in late September, and at their Friday morning meeting, he is said to have told Tsai that the dish is "unforgettable."

To give the important guest an "unforgettable" state lunch, in addition to delectable dishes made with local ingredients, Tsai included the fine dining version of "stinky tofu" on the menu without Aingimea's knowledge. The pungency of that variety was reduced to better suit the style of the banquet. President Aingimea said at today's welcoming ceremony that Taiwan had helped the small Oceanic island country weather through the financial crisis and get back on its feet. He also thanked Taiwan for backing the country's youth scholarship programs and infrastructure construction over the years, which he said let Nauruans know "who is our real friend."