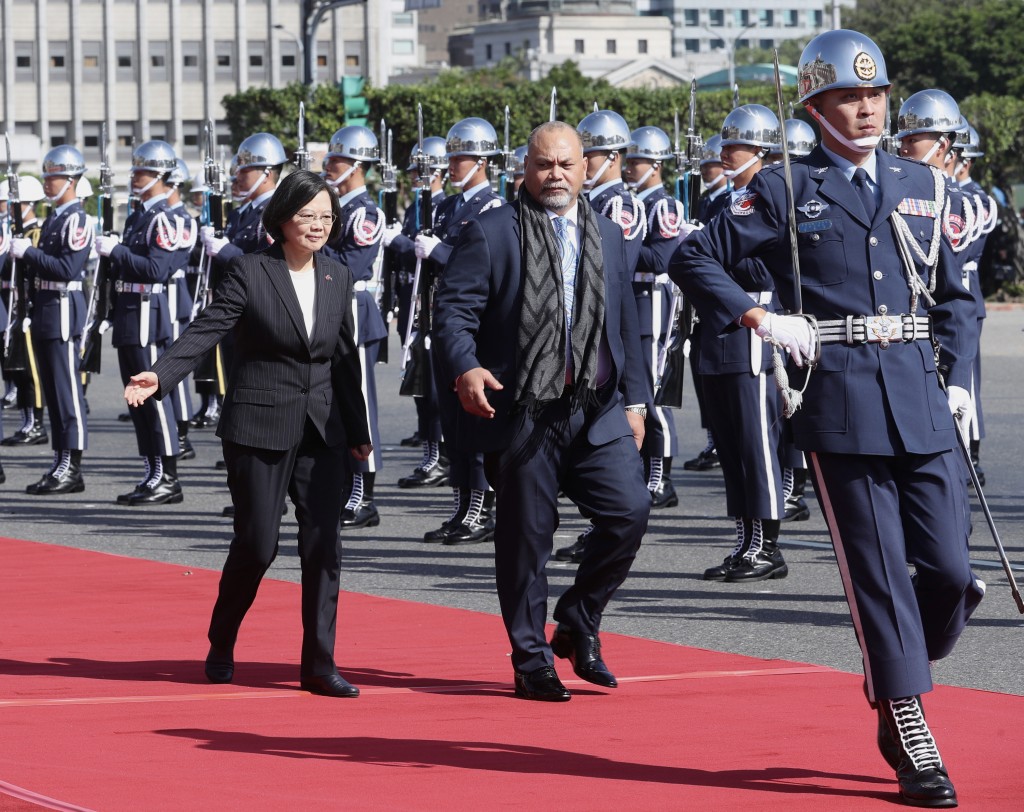 The president of the Pacific island state arrived in Taipei on Friday morning for his first state visit to Taiwan since being sworn into office in August. According to the Ministry of Foreign Affairs, the delegation will stay on the island until next Tuesday (Dec. 17).

Describing Nauru as “a staunch pacific ally of Taiwan,” Tsai expressed gratitude to Aingimea for expressing support for Taiwan’s participation in international organizations in his remarks at this year’s United Nations General Assembly and United Nations Framework Convention on Climate Change. Following the military honors held in front of the Presidential Office, the two leaders proceeded to have a meeting.

Tsai said the two countries had continued to improve bilateral relations amid rapidly changing international and regional landscapes. She added that Aingimea’s visit to Taiwan demonstrated his firm support of the nations’ diplomatic ties.

During the meeting, Tsai and Aingimea witnessed the signing of an air service agreement by Transportation Minister Lin Chia-lung (林佳龍) and his Nauruan counterpart Martin Hunt. Tsai added that she looked forward to seeing direct flights between Taiwan and Nauru opened in the near future, furthering people-to-people ties between the two countries.

Affirming these ties, which were reestablished in 2005, Aingimea said he hoped the visit would “bring us closer and further [strengthen] our relationship.” He later said Nauru would look forward to Taiwan’s assistance on infrastructure projects and the provision of scholarships to Nauruan students.