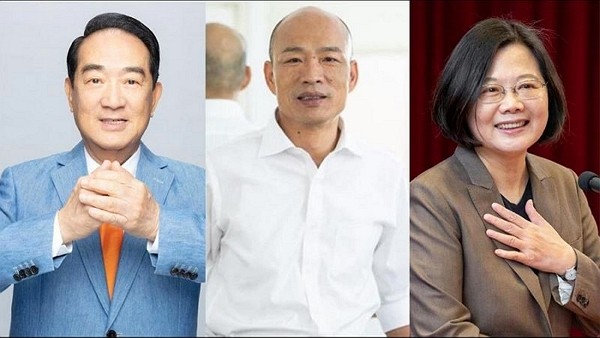 Recently, there has been an ongoing disagreement between the Kuomintang (KMT) party and the Democratic Progressive Party (DPP) about which TV network should be in charge of the debate. KMT presidential candidate Han Kuo-yu (韓國瑜) and his supporters claimed that President Tsai Ing-wen (蔡英文), who will be running for re-election, had only agreed to appear on Sanlih E-Television (SET), which is known to favor the DPP.

Lee Chun-yi (李俊俋), a DPP legislator and senior member, told the media that Han's accusation was far-fetched and absurd and that Tsai would be open to any form of debate as long as it guarantees fairness. He added that many of Han's remarks were made without proof and were being used to generate hatred towards Tsai and People First Party (PFP) candidate James Soong (宋楚瑜), reported Storm Media.

Tsai spokesperson Juan Chao-hsiung (阮昭雄) said Wednesday (Dec. 11) that public debates between presidential candidates are not only a tradition, but a necessary step in the election process. He also questioned the motives behind the tactics employed by Han's campaign team, saying he suspected that the KMT wanted to delay the debate by spreading rumors.

According to PTS, several TV networks, including SET, TVBS, and CTi News, have expressed interest in hosting the debate, and a meeting will be held sometime next week to evaluate the best options to accommodate all of them. Major news agencies such as CNA, Liberty Times, UDN, and the Apple Daily are also expected to participate in the planning of the event, reported Newtalk.