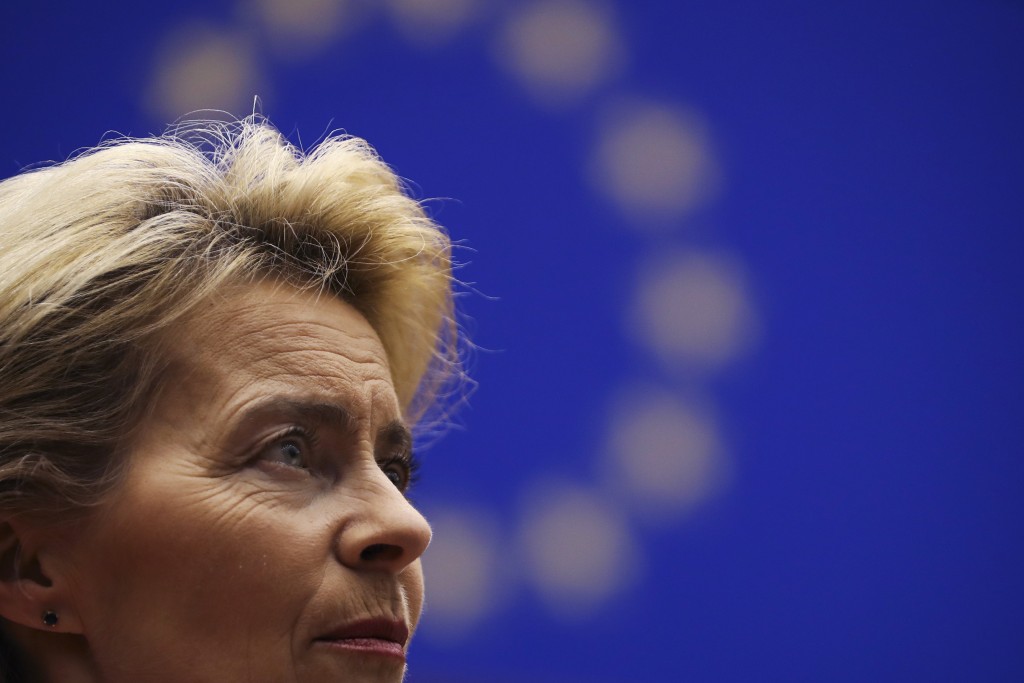 Von der Leyen, who took office this month at the helm of the European Union's powerful executive arm, has made the fight against climate change the top priority of her five-year mandate. The first woman ever to lead the commission, she has pledged to make the EU the world’s first carbon -neutral continent by 2050 as part of the “European Green Deal” she will unveil Wednesday.

A draft of the resolutions that EU leaders will pursue on climate change when they meet Thursday, obtained by The Associated Press, says the 100 billion-euro investment will serve as “support for regions and sectors most affected by the transition."

The commission hopes the fund will help the regions that stand to be hit the hardest financially by the transition to cleaner industries. Among them, Hungary, the Czech Republic and Poland have yet to commit to the EU’s goal of have net zero emissions of CO2 by 2050, which will be discussed Thursday during a meeting of EU heads of state and government in Brussels.

The new fund, whose full details should be unveiled in January, might help convince leaders from the three countries to join that goal.

“I want us to agree on the commitment for the EU to become climate-neutral by 2050,” said Charles Michel, the president of the EU Council, in his invitation letter to the EU leaders that make up the group. “This would be a major signal from the European Council that the EU will take a global leadership role on this crucial issue."

He said the transition to a lower-emissions economy will create opportunities for economic growth, but that the EU needs to recognize that the shift could be more disruptive for certain countries.

Von der Leyen, who will present in March a European Climate Law, wants the 28-country bloc to reduce carbon emission by at least 50% by 2030 compared with 1990 levels, more than the currently agreed goals of 40%. If possible, she would like to increase the EU’s target for 2030 has high as 55% in a way that would not hurt the economy.