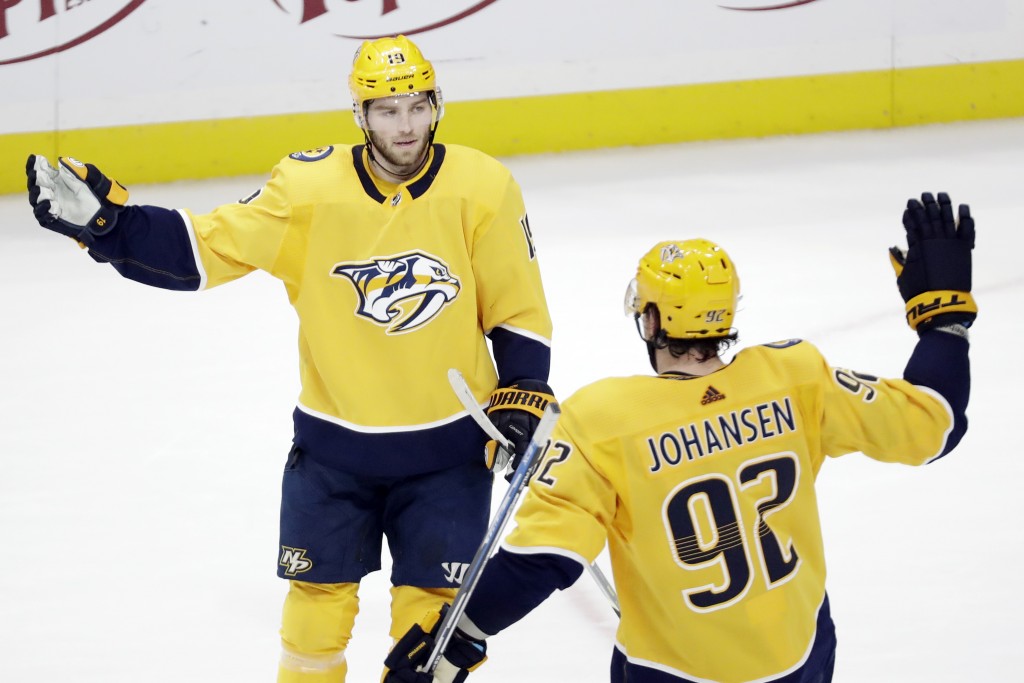 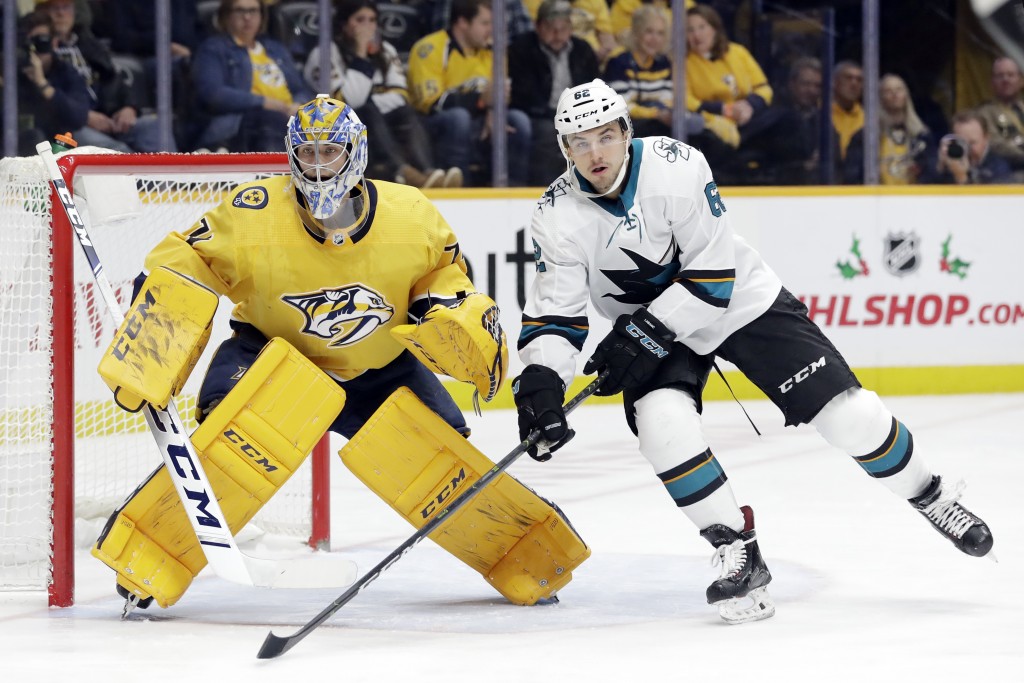 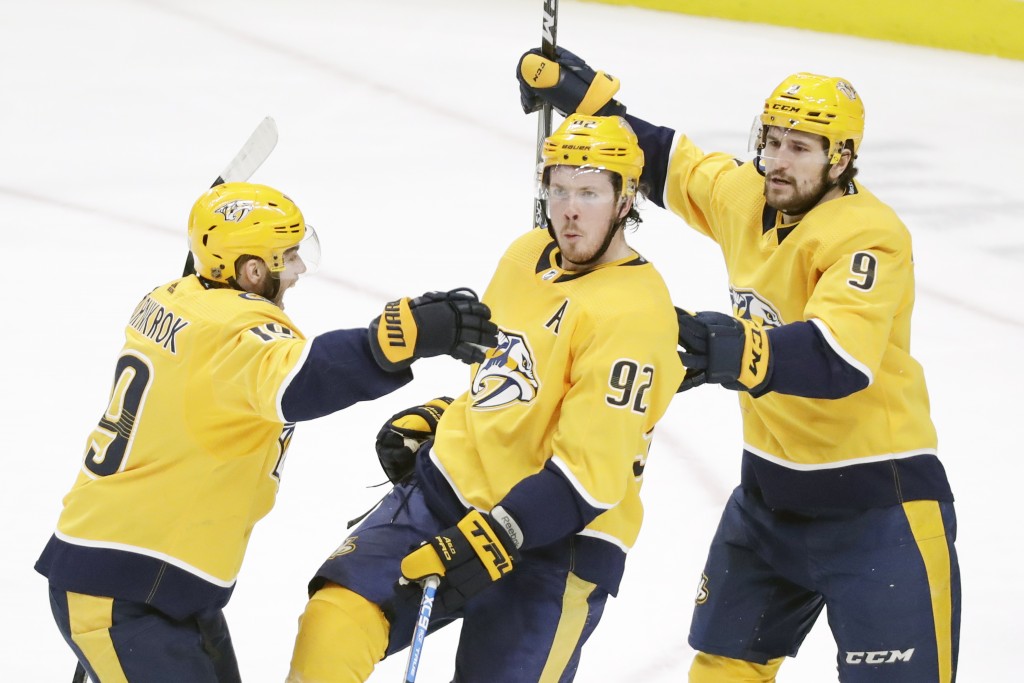 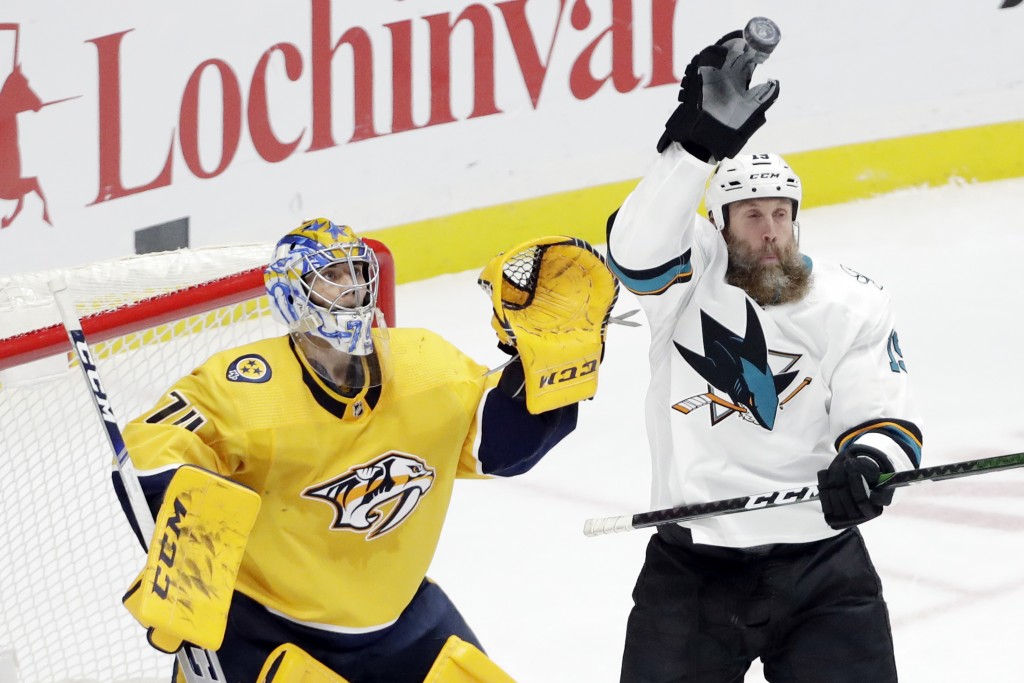 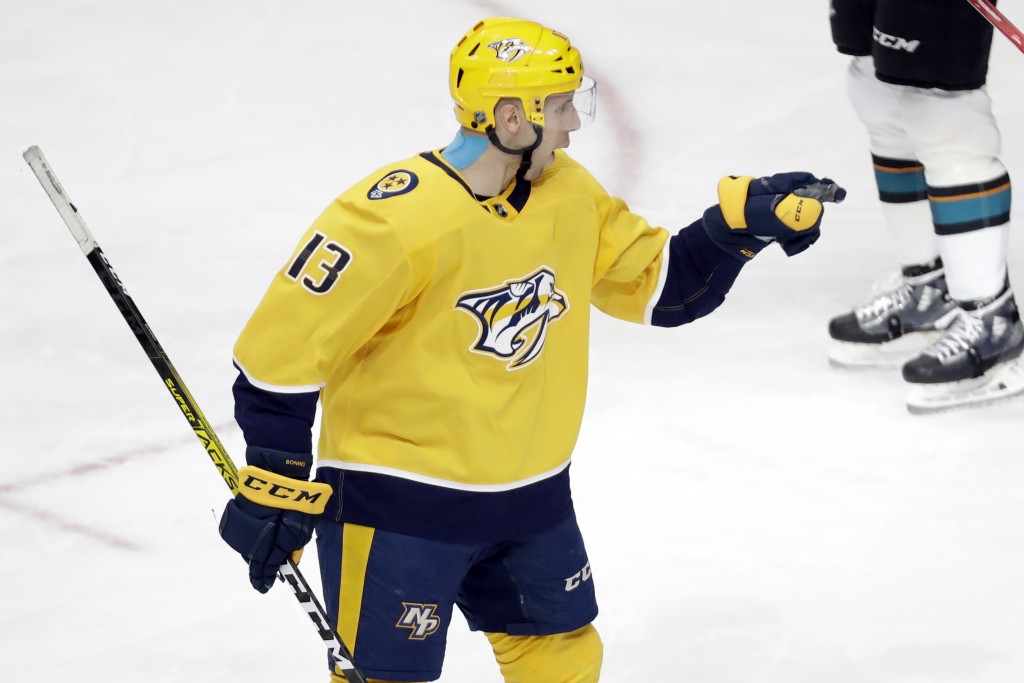 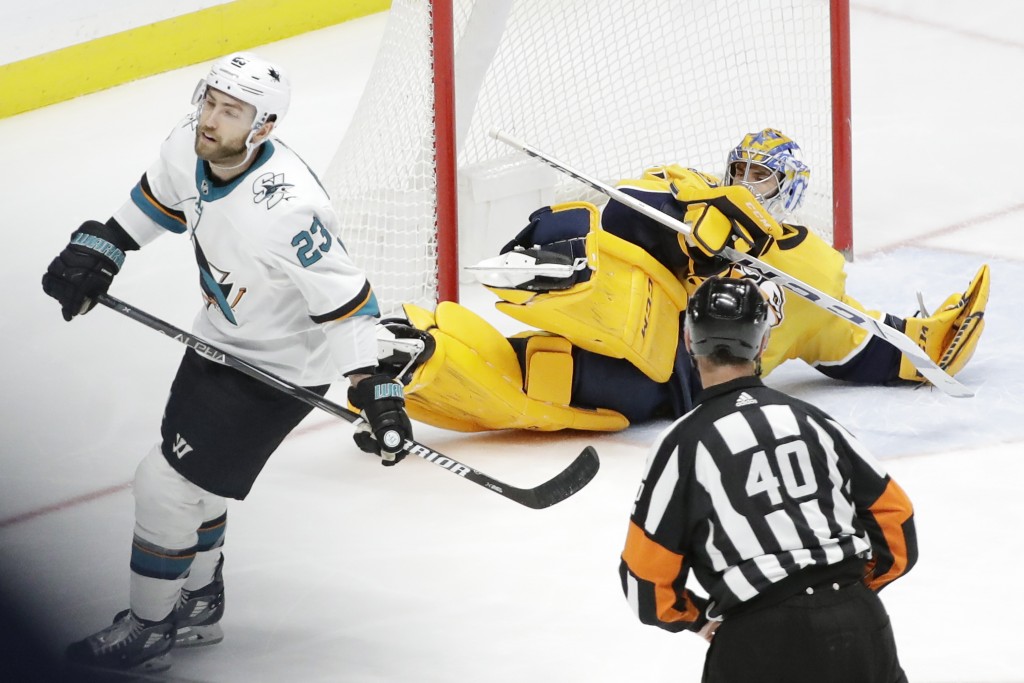 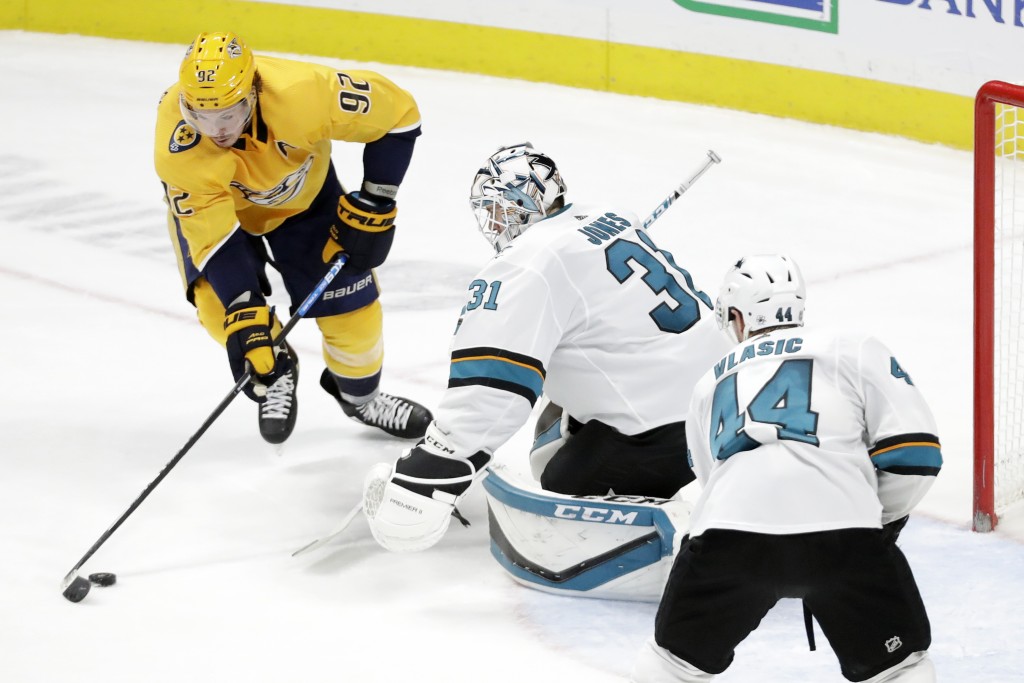 NASHVILLE, Tenn. (AP) — Calle Jarnkrok had a goal and an assist in the third period, Juuse Saros made 24 saves and the Nashville Predators defeated the slumping San Jose Sharks 3-1 on Tuesday night.

Nick Bonino and Ryan Johansen also scored in the third for the Predators, winners of two straight.

Timo Meier scored and Martin Jones made 28 saves for the Sharks, who have lost five in a row.

Saros was under pressure for most of the final 40 minutes. His best save came with 10:55 remaining when he turned aside Barclay Goodrow’s penalty shot. Goodrow was awarded the chance after being slashed by Nashville’s Filip Forsberg on a short-handed breakaway.

Goodrow skated wide to the right side before cutting toward the slot and trying a wrist shot that Saros stopped with his left pad.

Bonino scored the first goal of the game at 4:24 of the third.

Mikael Granlund had the puck behind the San Jose net and slipped a quick pass to Bonino in the slot. Bonino had a little open space and snapped off a quick wrist shot that beat Jones on the short side.

Somewhat surprisingly, Bonino leads the Predators in goals this season with 12.

Johansen doubled the Nashville lead with 7:01 remaining on a power-play goal, converting the rebound of his own shot.

The Sharks challenged for goaltender interference, but after a quick video review the goal was allowed to stand.

Meier ended Saros' shutout bid with 1:58 remaining, tapping in the rebound of Tomas Hertl's shot with Jones pulled for an extra attacker.

Jarnkrok added an empty-net goal to cap the scoring.

San Jose carried play for the majority of the second period, outshooting the Predators 10-2. Nashville’s first shot came 16 seconds into the period, and the other with just 46 seconds remaining.

Saros was sharp in the second, highlighted by three stops less than a minute apart. He first denied Patrick Marleau from the low slow with 4:15 remaining, and 55 seconds later he turned aside Tim Heed’s long slap shot and then Dylan Gambrell’s attempt off the rebound.

The second period also featured some animosity between the teams as they combined for 48 penalty minutes, punctuated by a late fight between San Jose’s Evander Kane and Nashville’s Austin Watson.

Notes: The Predators play five of their next six on the road. ... The win was Nashville’s first when tied after two periods this season (1-2-1). … Granlund returned to the lineup after missing two games with a lower-body injury. ... The Sharks have scored just one power-play goal in their last 12 games. ... Jones is 5-8-2 in his career against Nashville.