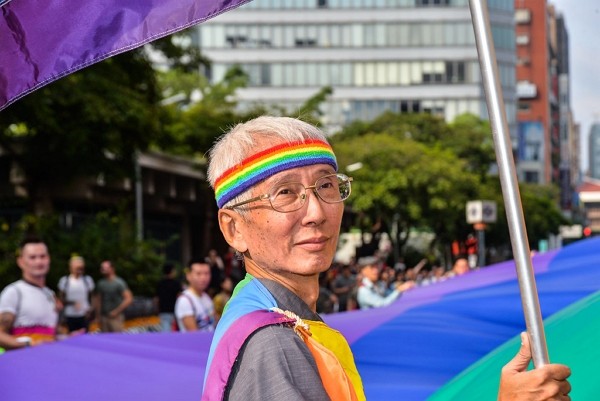 Earlier this year, Tsai gifted Chi with the pen she had used to sign the same-sex marriage bill into law, despite his being a well-known Kuomintang (KMT) supporter. Along with the pen was a hand-written note by Tsai reading "May love unite all who call this land home."

Chi's continued support for the KMT has attracted criticism from the LGBTQ community since many members of the party do not favor same-sex marriage. On Tuesday evening, Chi clarified his political stance in a Facebook video and promised that he would fully support President Tsai's re-election, reported CNA.

The pioneer added that defining others by who they support is very shallow and that he was a long-time KMT supporter because it was the only political party when he grew up. Chi said that he would also vote for Taipei legislative candidate Freddy Lim (林昶佐) because Lim had voiced support for Taiwan's LGBTQ community on various occasions, reported Liberty Times.

While encouraging Taiwanese to vote for legislative candidates who are pro-gay rights, Chi emphasized that KMT Lai Shyh-bao (賴士葆), who has promised to revoke the same-sex marriage bill if re-elected, should be kept out of the Legislative Yuan. Chi added that he had been fighting for gay rights since 1986 and that he truly hoped Taiwan could accept those with different sexual orientations.