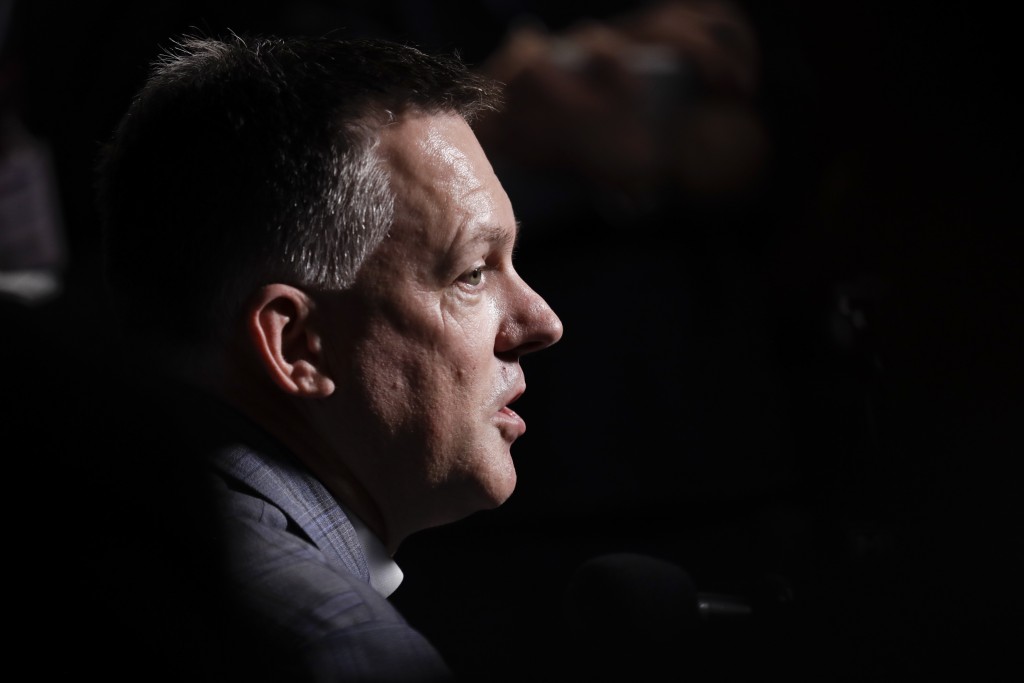 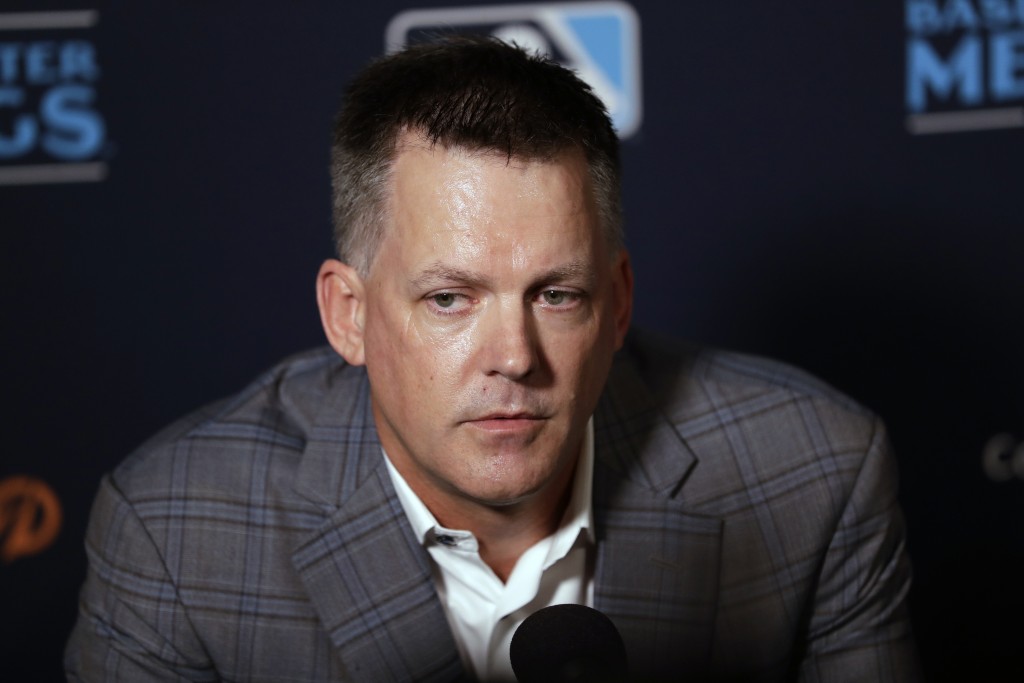 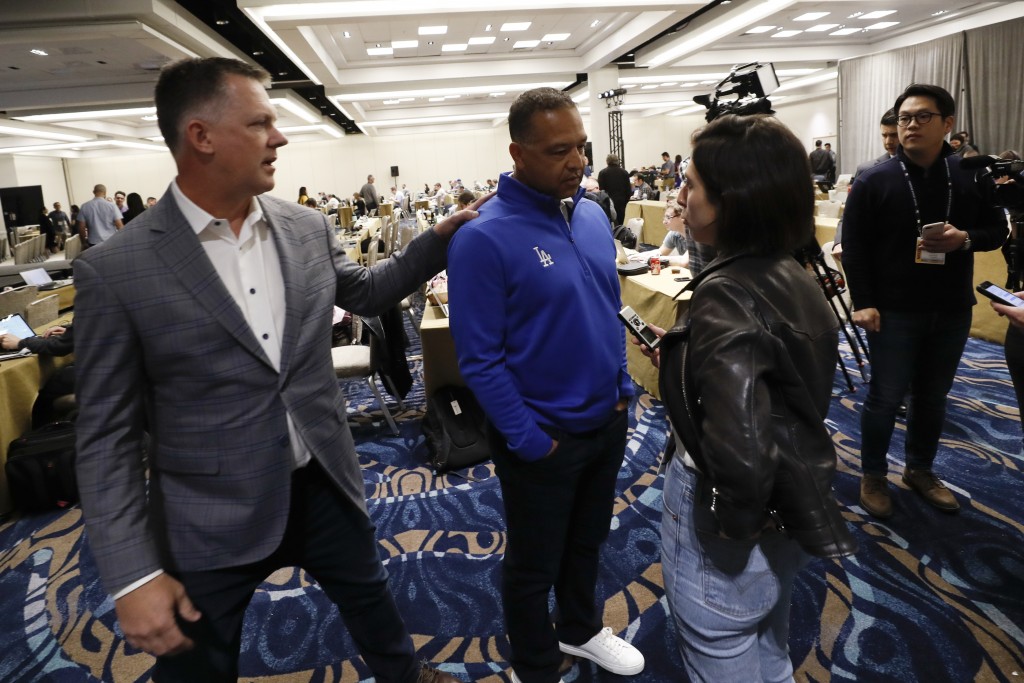 SAN DIEGO (AP) — AJ Hinch leaned into a microphone and looked up at one of the deepest gaggles of reporters yet at this week's bustling baseball winter meetings.

“Not sure I've ever been so popular,” the Houston Astros manager joked.

Then he moved onto “the elephant in the room.”

Hinch said Tuesday he is eager to tell his side of the story regarding allegations Houston used electronics to steal signs en route to a 2017 World Series championship, but he is going to let Major League Baseball talk first. He declined to comment on MLB's investigation, saying he was instructed not to discuss the matter until the probe concludes.

“If I was in your shoes, I would be on the other side of this table,” Hinch said. "And I would want to ask questions and find answers and get some more information on the investigation and all the allegations and things like that.

"I know you're probably expecting this, but I can't comment on it. It is an ongoing investigation."

Mike Fiers, a right-hander for the 2017 Astros who left in free agency after the season, told The Athletic last month that Houston used outfield cameras to peak at catchers signs and banged on a garbage bin in the dugout tunnel to convey that info to hitters. MLB has been investigating, and punishment could be severe and widespread if the allegations are confirmed.

Hinch said he has been in regular contact with MLB during the inquiry.

“I've committed my time and energy to cooperate with MLB,” Hinch said. "I've talked to them a couple times, and we continue to work with them as they navigate the investigation, and now we're waiting with everything in their hands.

“So I know there's still going to be questions. I hope there's a day where I'm able to answer more questions, but I know today's not that day. I know it will disappoint some people.”

Hinch deflected again and again. He was asked about the possible tarnishing of Houston's legacy, its effect on the team's pursuit of free agents, his potential punishment, and his comments this postseason that sign-stealing suspicions were “kind of funny."

At one point, he cut off a reporter for even using the I-word.

“You said ‘investigation,’ so I can't answer it,” he said.

“I want to answer it and not try to redirect you guys all the time, but I simply can't do it," he added.

Others connected to the investigation are also staying mum. Boston Red Sox manager Alex Cora was the bench coach for that team and has spoken with MLB. He declined comment Monday.

“I don’t have any comment for the respect of the process that has been happening,” Beltrán said.

Hinch’s Astros beat the Dodgers in seven games during the 2017 World Series, and Los Angeles manager Dave Roberts said Tuesday he was surprised by “the exten7 of some of the allegations.”

He said the Dodgers took precautions to spoil surveillance Houston may have been doing, but in hindsight, “we didn’t know to what extent” the Astros may have been going.

“Just let the due process take care of itself,” Roberts said. “And whatever thing, consequences or whatever that comes down, they're going to have to deal with it.”

Roberts said Hinch remains one of his “good friends." The pair has had at least one conversation since Fiers went public, but Roberts declined to provide specifics on what was said.

One area where Roberts didn’t hesitate: He wants MLB to find a way to eradicate technology-aided sleuthing.

The rest of baseball has been buzzing about the investigation this week.

Joe Girardi, who managed the New York Yankees in 2017 and now has the same job with the Philadelphia Phillies, said Monday he “wasn't shocked” by the allegations.

Rockies general manager Jeff Bridich said he was “quite curious, as curious as you could possibly be” about the outcome of MLB's probe. He also suspects the Astros aren't baseball's only offenders.

“I would tend to agree that there's a lot of curious moments,” Bridich said.

Oakland shortstop Marcus Semien, a teammate of Fiers, said Tuesday that if the A's top sluggers were using live feeds, “we'd all be a lot better hitters.”

“You give Matt Olson what’s coming or Matt Chapman and tell him what’s coming, I think their numbers would be Bugs Bunny numbers,” Semien said. "In Oakland we’re working hard to do our research and figure out what’s coming based off percentages. That’s the way we do it.”

At some point, Hinch figures to weigh in, too.

“There will be a day when I get to address all of it, I assure you,” Hinch said.