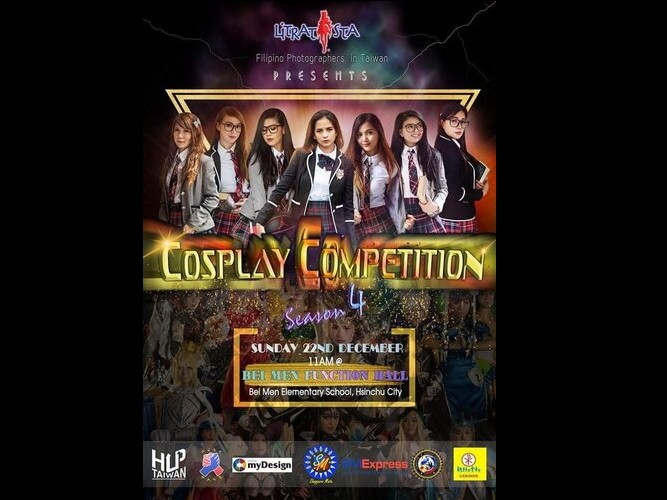 Migrant workers' dressed as characters in comics and online games will take center stage this month at a cosplay competition in Hsinchu City, the organizers said Tuesday.

At "Cosplay Competition 4" on Dec. 22, some 20 people will compete to give the best portrayal of a hero or villain from an online fantasy computer game or comic series, according to Litratista Taiwan, a photography club that is organizing the contest.

Five consolation prizes of NT$1,000 each will also be awarded in the contest, while members of the audience will have a chance to win cash prizes in a raffle, Culala said.

People attending the event will be encouraged to take photos of the contestants and share photography tips and techniques among themselves, he said.

"The event is to promote camaraderie among Filipino workers and also most importantly to celebrate Christmas with our kababayan (compatriots) through the love of photography," Culala told CNA.

Since 2016, Litratista has been holding similar events annually, he said, adding that 200 to 300 people are expected to attend this year's competition at Beimen Elementary School in Hsinchu City.

All proceeds from the event will go towards funding weekend workshops at the Ugnayan vocational training school in Taichung, which are held by Litratista, Culala said.

Litratista Taiwan, established in 2013, currently has 500 active members throughout the country, according to Culala.