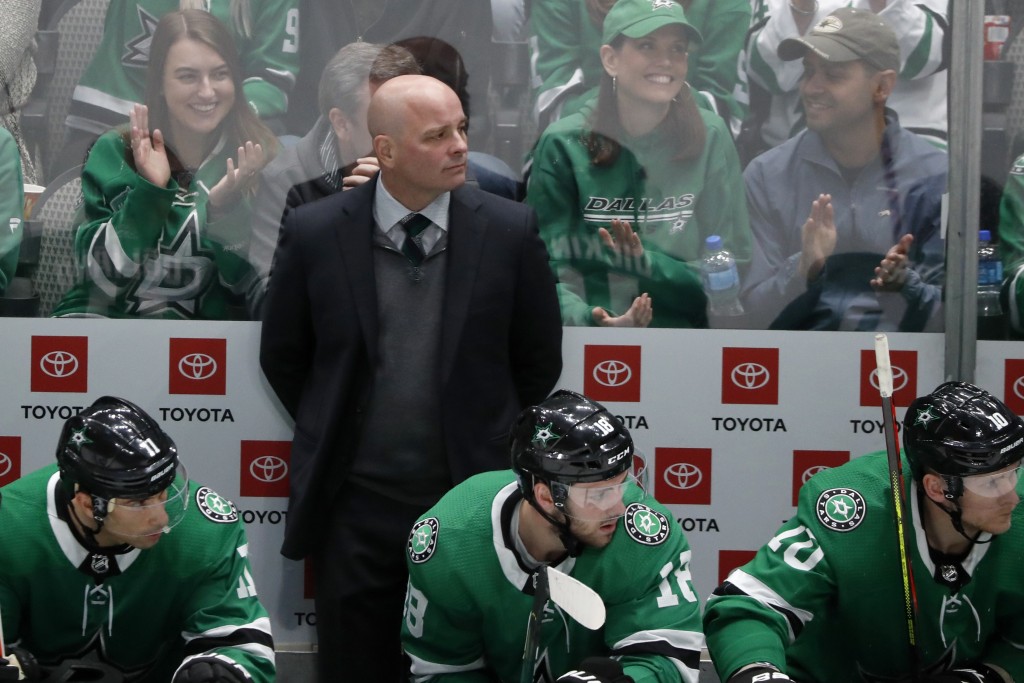 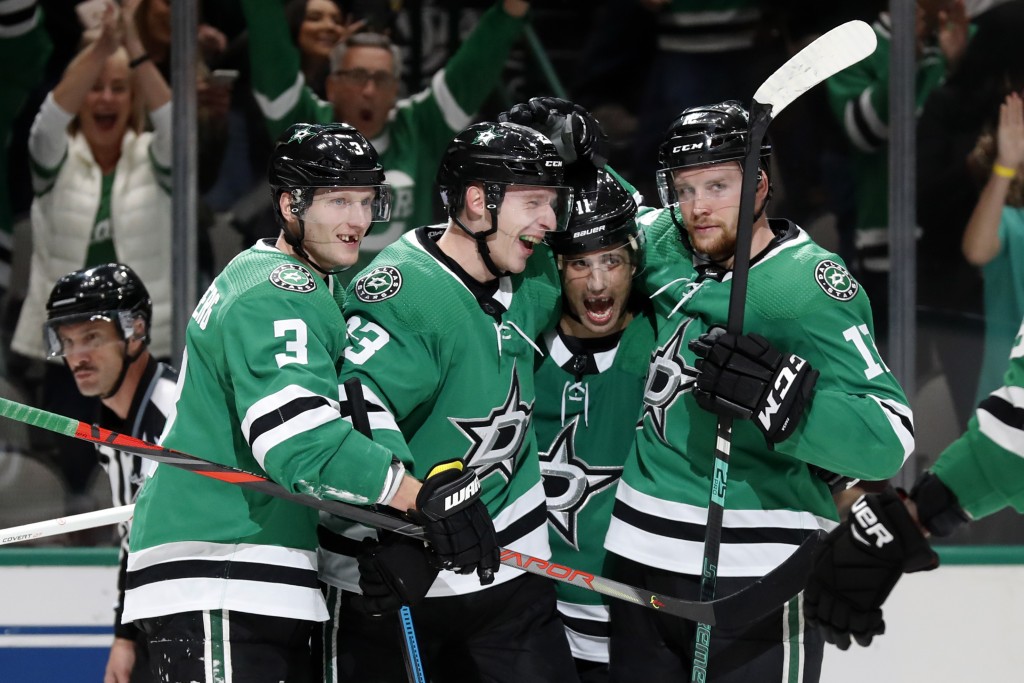 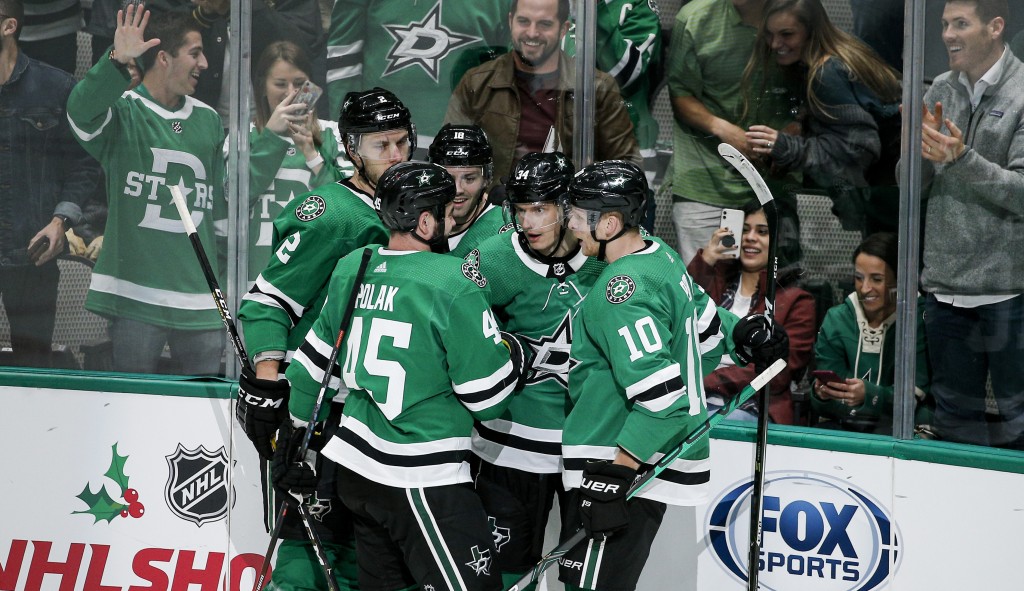 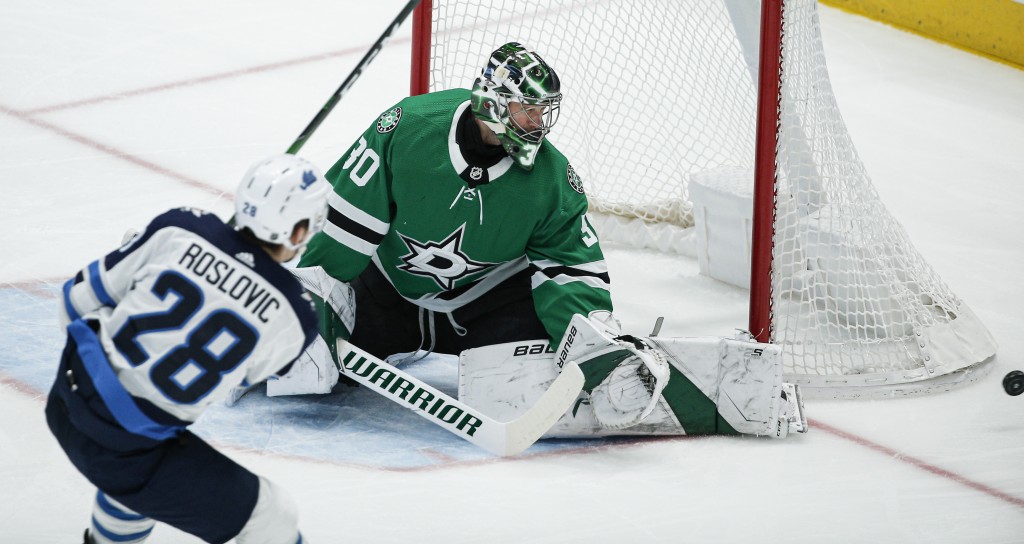 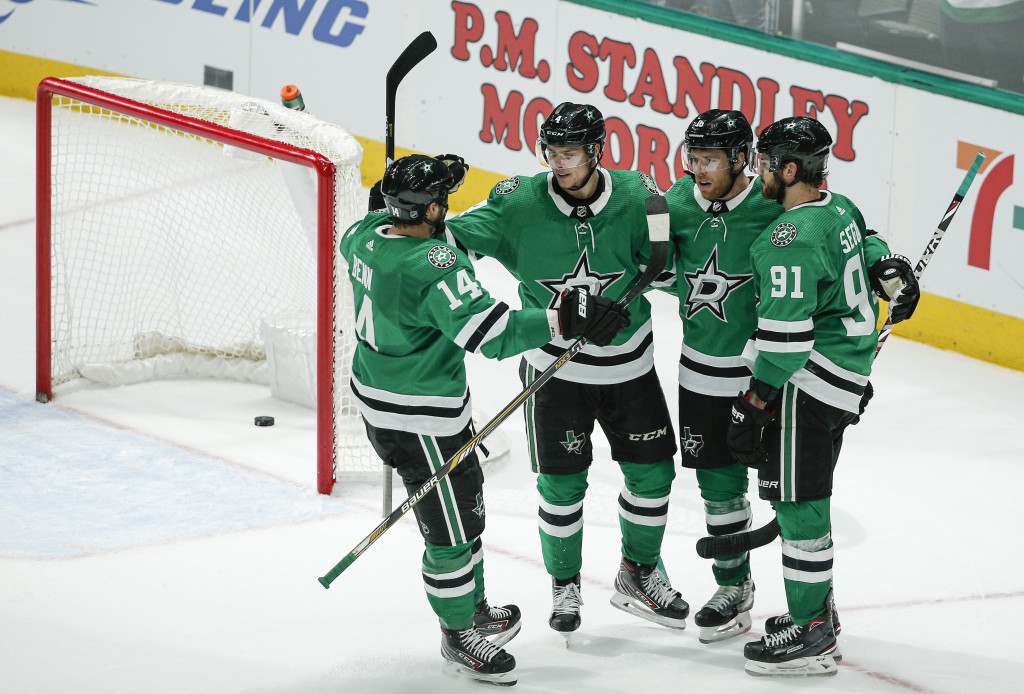 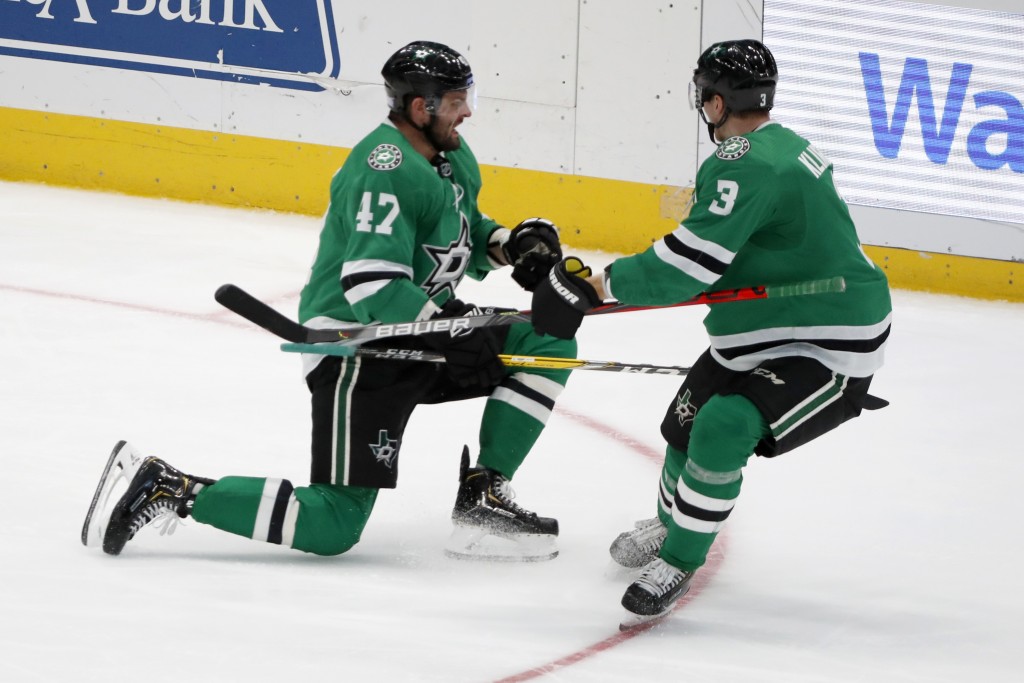 General manager Jim Nill said Montgomery had acted inconsistently with “core values and beliefs of the Dallas Stars and the National Hockey League.” He did not elaborate.

Nill said he became aware Sunday of an act by Montgomery and the decision to fire him came after an internal investigation that included discussions with the team's general counsel. Nill said only that it was not because of a criminal act, had no connection to players, past or present, and didn't involve another employee of the team.

Nill, who hired Montgomery, called the incident a “total surprise.”

“A very tough decision,” Nill said. “I have got a lot of respect for Jim Montgomery. He's a very good coach. And unfortunately, you know, sometimes in life, the hardest decisions are the toughest. And this is one of them.”

Montgomery did not immediately respond to a text message seeking comment.

Rick Bowness, who came on an assistant coach with Montgomery, was named interim head coach for the remainder of the season, starting with Tuesday night's home game against the New Jersey Devils.

In all, four NHL coaches have lost their jobs already this season — three of them amid allegations of misbehavior.

The move by the Stars came one day after NHL Commissioner Gary Bettman, at a meeting of the Board of Governors, said the league will work swiftly to make changes to better deal with personal conduct issues raised by players and former players in recent weeks, including allegations of racism and physical abuse by coaches.

Montgomery's firing is not related to that kind of misbehavior, a person familiar with the situation told The Associated Press on condition of anonymity because the team has not elaborated on the reason for Montgomery's dismissal.

Nill hired three coaches in his first six seasons with the club and faces the prospect of doing it again next summer. Nill said the current coaching staff would remain in place for the rest of the season while the Stars try to live up to high expectations.

Bowness will be the sixth coach in captain Jamie Benn's 11 seasons with the Stars. It's the fourth since Benn was named captain right after Nill was hired and replaced Glenn Gulutzan with Lindy Ruff.

Ruff lasted four seasons. Then Ken Hitchcock spent one season behind the Dallas bench 19 years after leading the franchise to its only Stanley Cup title. Montgomery replaced Hitchcock.

“We didn’t expect this one today,” Benn said. “But Monty is a great coach, a great person and that’s why this one’s a little tougher. I had a great relationship with him. It’s almost like when teammates get traded or you lose players within your organization. It’s kind of the same feeling where it doesn’t feel good.”

Montgomery was 60-43-10 as the Stars coach after being hired in the summer of 2018 from the University of Denver for his first head coaching job in the NHL. Dallas made the playoffs last season before losing in double-overtime in Game 7 of its second-round series against the eventual Stanley Cup champion St. Louis Blues.

After the Stars got off to a horrendous 1-7-1 start this season, they won seven of eight and have also recently had a seven-game winning streak. They entered the day 17-11-3, in one of the Western Conference's top wildcard spot.

Dallas has won its past two games after a four-game skid.

“I think you can think about maybe your feelings, about your shock, tomorrow,” forward Tyler Seguin said. “Today we’ve got to be professionals and we all know that. We’re fortunate to have the coaches we do have still here.”

The league has been rocked by allegations over the past month, some of them dating back years.

Calgary coach Bill Peters resigned last month following accusations by former NHL player Akim Aliu that Peters had directed racist slurs toward him while the two were in the minors a decade ago, an allegation the NHL is looking into. Peters was also accused of physical abuse while coaching the Carolina Hurricanes.

Coach Mike Babcock was accused of verbal abuse after he was fired by the underperforming Toronto Maple Leafs and Chicago assistant Marc Crawford is being investigated for alleged physical abuse of players.

Bettman said all NHL teams must immediately report to the league any possible misconduct involving NHL personnel “on or off the ice that is clearly inappropriate, unlawful or demonstrably abusive." A failure to do so will result in “severe discipline.”