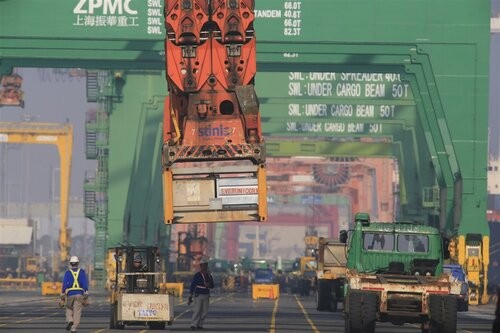 Chaun-Choung Technology Corp., a Taiwan-based thermal management solution provider, has decided to invest US$172 million in Vietnam over the next seven years to expand its manufacturing network beyond Taiwan and China.

The investment project, to be carried out starting in January 2020 pending approval by the Vietnamese government, was approved by Chaun-Choung's board of directors Monday.

Chaun-Choung, which makes thermal components such as heat sinks, heat pipes, and vapor chambers, said the facility it will build in Hanoi will manufacture vapor chambers and thermal modules.

The planned investment will represent the equivalent of more than NT$700 (US$22.95 million) million a year in capital expenditure over the next seven years, far above Chaun-Coung's capex of less than NT$200 million in 2018.

The electronics manufacturer said funding for the investment will come from cash and the support of parent company Nidec Corp. of Japan, which acquired a majority stake in Chaun-Choung in November 2018.

After Nidec bought a 49.01 percent stake in Chaun-Choung in 2018, the Japanese parent raised its stake to 52.14 percent in June and to the current 53.48 percent in early December.

Analysts said Nidec's move reflected its optimism over the thermal management market, in particular the expected strong demand for vapor chambers from smartphone vendors as the 5G era arrives.

Notebook computers currently account for 36-37 percent of Chaun-Choung's total sales, servers 27 percent and smartphones 10 percent, according to the company.