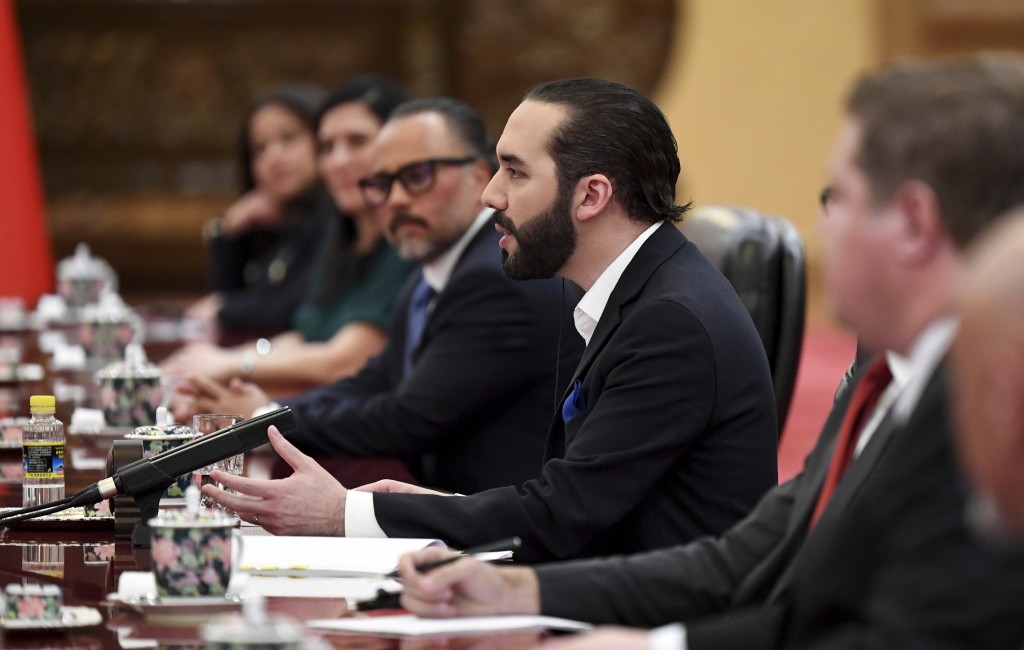 SAN SALVADOR, El Salvador (AP) — Fulfilling a campaign promise, Salvadoran President Nayib Bukele has moved to create the International Commission Against Impunity in El Salvador, tasked with tackling corruption, along the lines of similar investigative bodies that have operated in neighboring Guatemala and Honduras.

Bukele said in an address to the nation that the commission “will serve us to prevent, investigate and punish corruption because looting of the state must stop and those who did it must pay.” But some sectors of civil society warn that the Organization of American States-backed anti-graft body does not enjoy all the tools it needs to meet its objective.

Here’s a look at the commission:

WHY WAS IT CREATED?

Bukele has estimated that each year some $1.5 billion disappears from government coffers, a sum that is aggravated by $1.5 billion in revenue that international observers say is lost to tax evasion.

The accusations of wrongdoing reach the highest levels.

Tony Saca, who led the country from 2004 to 2009, is the first former Salvadoran president to be convicted of corruption, for misappropriating some $300 million in funds that ended up in companies or bank accounts of friends and family.

Saca's successor, Mauricio Funes, who was president in 2009-2014, is accused of leading a network that diverted $351 million to benefit relatives and associates. He is in exile in Nicaragua and has denied wrongdoing.

HOW WILL THE COMMISSION WORK AND TO WHOM DOES IT REPORT?

The OAS secretary general will determine the body's structure and name its chief, though Bukele’s government must approve the appointment.

The commission will comprise international and Salvadoran officials and independent contractors as well as professionals with experience in such areas as fighting corruption, criminal law, human rights and electoral systems.

Among its duties are to guarantee cooperation agreements between the Salvadoran chief prosecutor’s office and courts; support prosecutors in investigations when required; and provide prosecutors with information and documentation related to acts of corruption by elected officials and government employees.

Its budget will be financed primarily by donations from the international community.

WHAT CASES DOES BUKELE’S GOVERNMENT WANT IT TO PROBE?

The president has specifically mentioned alleged corruption involved in the construction of El Chaparral hydroelectric dam, which was built under Funes’ administration.

Bukele also has cited the use of a presidential slush fund during the administration of his predecessor, Salvador Sánchez Cerén.

DOES THE COMMISSION NEED LAWMAKERS’ APPROVAL?

Bukele says it doesn’t because it will focus on investigations of corruption involving government institutions, though it will also look at private citizens.

Nevertheless, Eduardo Escobar, executive director of the group Citizens’ Action, argues that without lawmakers’ approval, under Salvadoran law the commission will be limited to offering technical assistance.

“Unfortunately our constitution does not allow the establishment of a mechanism similar" to that of the U.N—backed anti-graft commission that worked in Guatemala, said Jessica Estrada of the National Foundation for Development. “Some reforms are needed to get to that point.”

CAN THE COMMISSION INVESTIGATE AND PROSECUTE CASES?

The Salvadoran constitution stipulates that prosecutorial power lies with the chief prosecutor’s office, in coordination with police.

Escobar said El Salvador's current legal framework also will not allow the commission to act as a plaintiff in lawsuits.

The agreement on the commission includes the possibility for the body to present to lawmakers proposed changes to let it be a plaintiff in trials and support prosecutors in legal processes. That would make it more like the recently ended Guatemala commission, but lawmakers and the Constitutional Court would have to sign off.

El Salvador is the third Central American country to set up an internationally backed body to tackle corruption.

Guatemala was first, with the U.N.-supported anti-graft commission beginning work in 2007 under then-President Óscar Berger with the mission of dismantling clandestine security apparatuses that formed following the 1960-1996 civil war.

But its investigations also led to corruption cases against hundreds of politicians, public officials and business executives over 12 years. President Jimmy Morales refused to renew the body’s mandate after its probes reached his inner circle, and the commission ceased operations this fall.

In April 2016, at Honduras’ request, the OAS started the Mission of Support Against Corruption and Impunity in Honduras, though its work has not had an impact as significant as the U.N. commission in Guatemala.