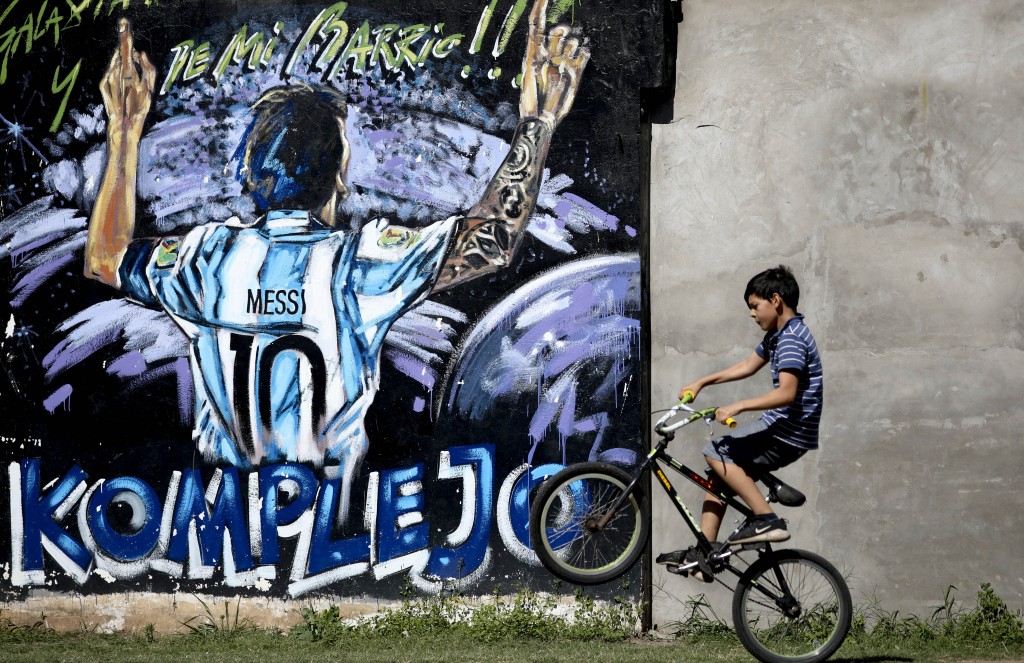 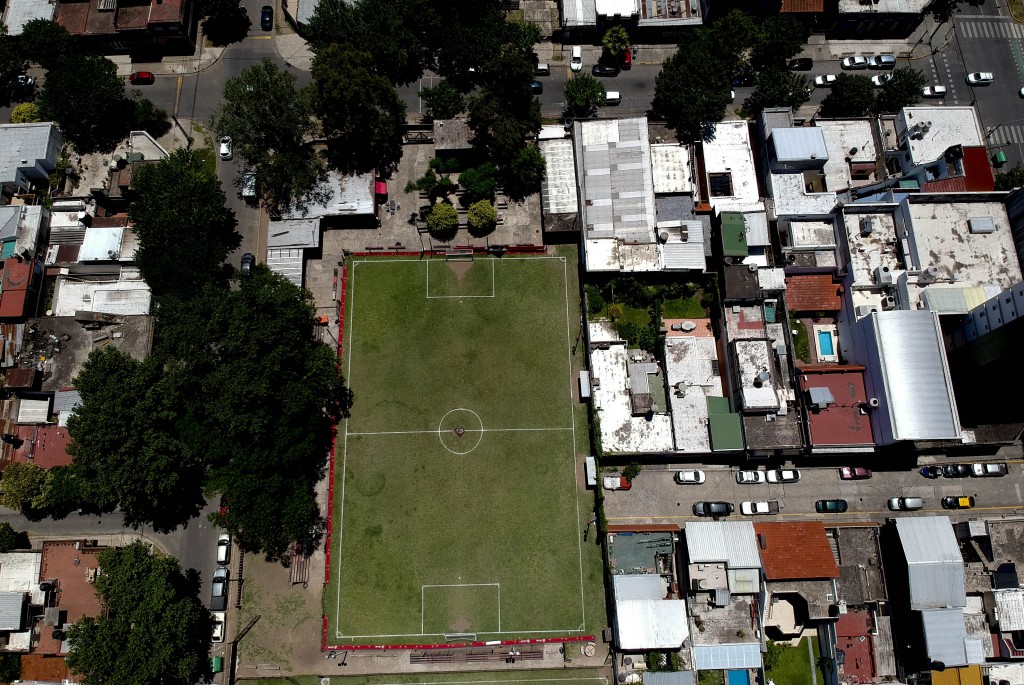 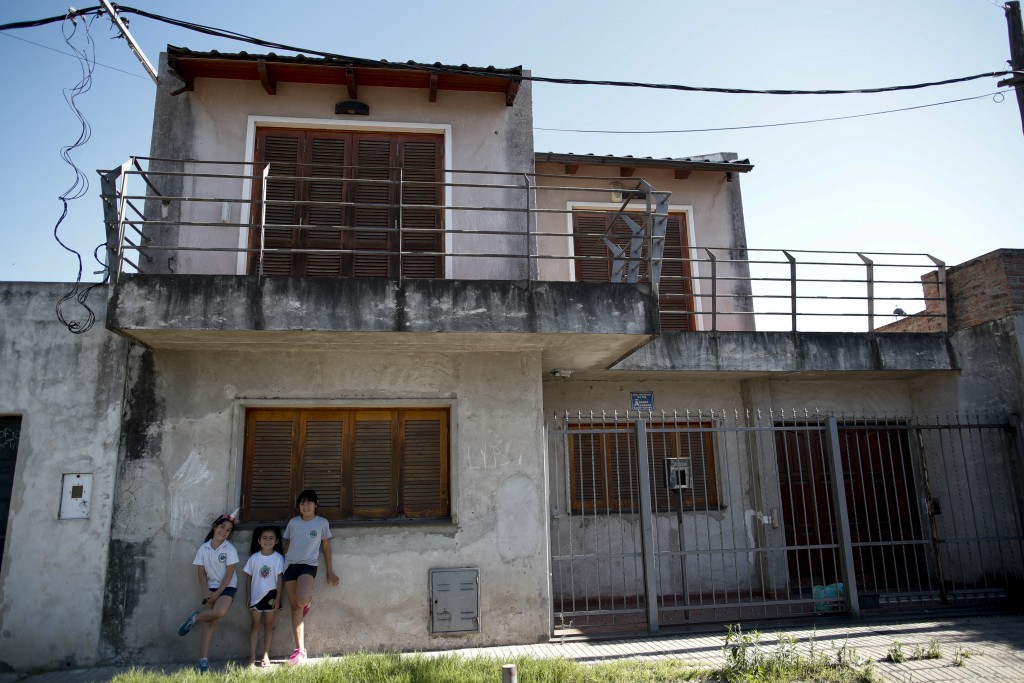 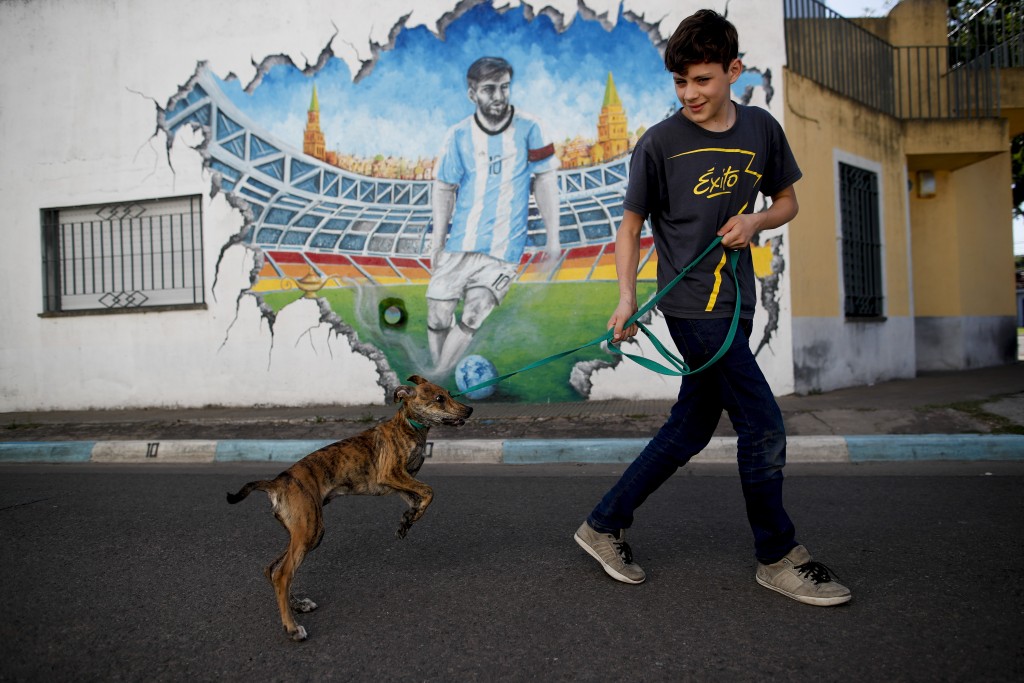 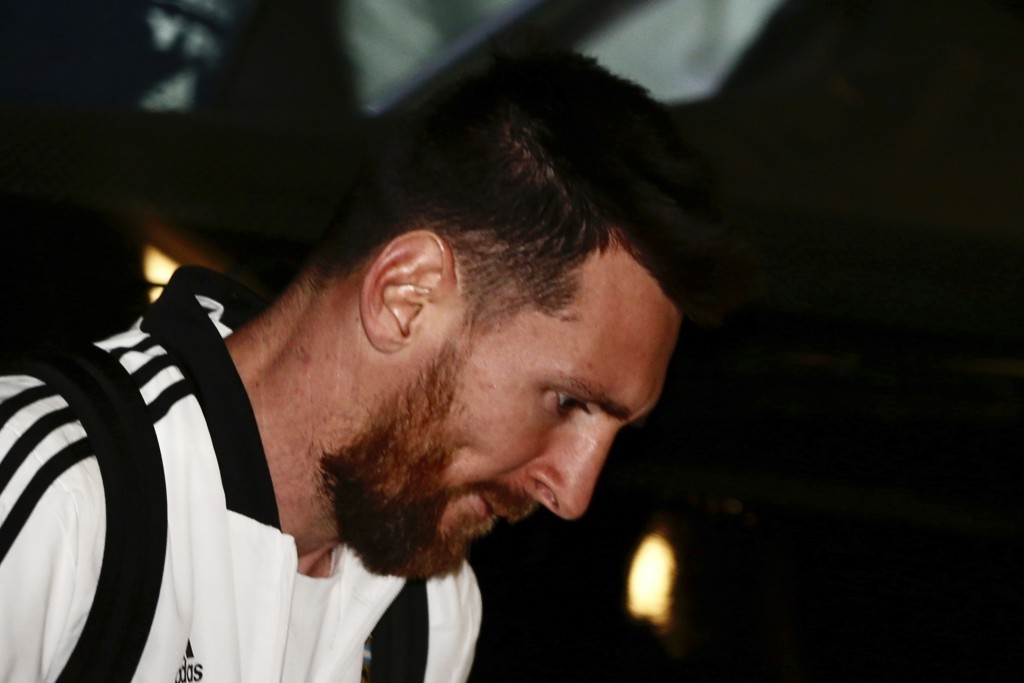 When he was a child in the modest neighborhood of La Bajada in his Argentine hometown of Rosario, he spent his time bicycling with friends, building forts out of branches and stones, playing hide and seek — and occasionally stealing lemons from a neighbor to make juice.

Those stories and others are the focus of a new tour being offered by Rosario to celebrate their 32-year-old hometown hero, an international sports superstar who just won an unprecedented sixth Golden Ball as world soccer's player of the year.

The tour put together by Rosario's city hall is free of charge and available in an app translated into several languages, guiding fans through 10 stops.

Few houses are higher than two stories in La Bajada, a middle-class neighborhood in the city that is 186 miles (300 kilometers) northwest of Buenos Aires.

Halfway down Israel street stands a gray house, closed off by shut curtains and protected by railings. There is no sign outside indicating it was Messi's home, and no one lives there now, though it still belongs to his family.

The neighbors aren't so shy about the Messi connection, however. Colorful paintings dedicated to the soccer star stand in front of houses and there are sidewalks colored in the blue and white of Argentina's national team with Messi's jersey number, 10, painted in black.

Messi's neighbors and friends are often willing to share stories with visitors.

“Leo was normal and ordinary like other people here," Diego Vallejos, one of Messi's childhood friends, told The Associated Press on a sandy soccer field of the El Campito club as three youngsters played soccer.

“We fell, we scratched ourselves riding bikes. We went to the street with water bombs and threw them at buses," said Vallejos, who is one year older than Messi.

Also are on the tour are the school Messi attended and the Abanderado Grandoli club, where he learned his first soccer moves.

The city long had a somewhat distant relationship with Messi, and officials say the tour seeks to change that. Rosario's city hall said Messi's family did not take part in the creation of the tour.

“What we want to emphasize is that Leo is a product of his city, and that there is a life and many stories behind the superstar," said Santiago Valenti with Rosario's tourism agency.

Messi was born June 24, 1987, in the Hospital Italiano Garibaldi in Rosario. He lived in the city until 2000, when he moved to Barcelona.

A recently opened sports museum, a few blocks from Messi's old house, offers an interactive tour of the lives of local stars in racing, boxing, basketball and soccer.

Messi's section of the museum is introduced by a painting that mixes monuments from Rosario and Barcelona, and the sentence: “All that I did, I did for soccer.” Two giant screens display goals and testimonials from his teammates.

“The idea is not to pay a tribute to his sporting success," said museum coordinator Juan Echeverría. “It is to value the path he walked, everything that an athlete has to go through to get to the tip of the iceberg that we see when he is on the podium.”

The museum has contacted Messi's family and the player's father said he would donate more memorabilia.

One of items on display is a small red coat with a white collar. Below it is Messi's official register as a Newell's Old Boys academy player and a picture of him smiling.

Downtown is the Malvinas compound where Newell's has its soccer academy. It was there the young Messi was filmed out-dribbling much bigger opponents.

“This is where it all started," said Lisandro Conte, an employee at the academy.

Messi did not play for Newell's. "At that time there were players who looked more promising, and the bet was placed on them,” Conte said.

Still, Messi has said he wants to finish his career at Newell's, playing for his hometown club in his own country after a professional career in Barcelona's storied Spanish league team.

Fans visiting Rosario might even be able to catch a match between academy teams like the recent clash between Newell's and arch-rival Rosario Central. Among the 14 youngsters chasing the ball might be Rosario's next star.