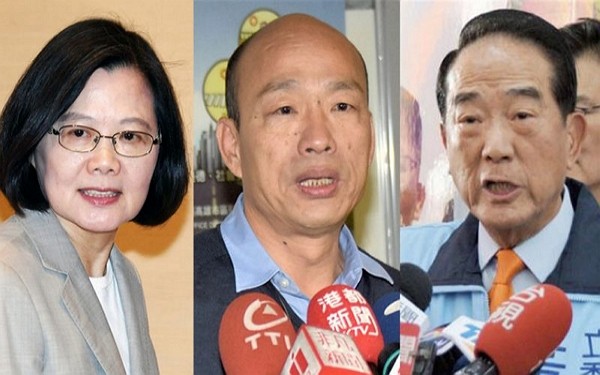 In the latest poll results based on 7,000 online respondents, Tsai and her running mate William Lai (賴清德) only led Han and his aide Simon Chang (張善政) within the "margin of error," which is vastly different from the Taiwanese Public Opinion Foundation (TPOF) poll released late November. According to Yahoo News, KMT was favored by 30.7 percent of respondents, to 22.5 percent for the DPP, in the legislator-at-large election.

The Taiwan's People Party (TPP) led by Taipei Mayor Ko Wen-je (柯文哲) came in third, with a 13.6 percent support rate, followed by the New Power Party (NPP) on 6.2 percent. The increasing difference between the support rates of the two parties also serves as a warning for the NPP.

The poll has generated heated debate among Taiwanese netizens. Some claimed that both the DPP and the KMT were not "trustworthy," while others encouraged support for Tsai's re-election.