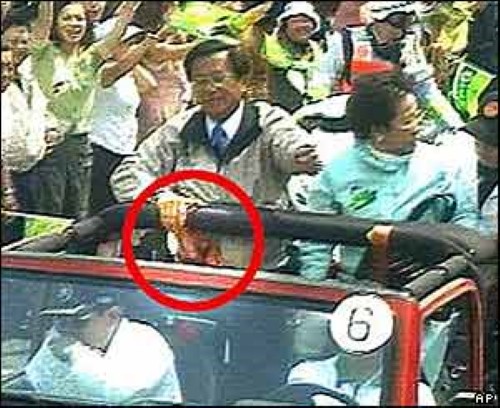 TAIPEI (Taiwan News) — The Chinese Communist Party (CCP) may assassinate a Taiwan opposition party candidate for the presidency, so the election loses legitimacy and sends the country into chaos, political scientist Genki Fujii warned at a seminar on Sunday (Dec. 8).

"Protecting a Free and Open Taiwan — One Taiwan," was co-sponsored by Fujii's think tank and the All Japan Taiwanese Union. At the seminar, Fujii and other participants analyzed Taiwan's coming general election and its impact on Japan-Taiwan relations.

In his opening half-hour speech, Fujii explained the importance of Taiwan as a fortress in East Asia. He stressed that Taiwan and Japan share a common destiny.

Fujii said next year's general election will not only affect Taiwan's future, but also Japan's security. He pointed out that Mao Zedong (毛澤東) coined the phrase "political power grows out of the barrel of a gun." He added the CCP never gained power through an election, but rather by killing.

Fujii said that former Taiwan President Chen Shui-bian (陳水扁) suffered a gunshot wound before the 2004 election and Sean Lien (連勝文), son of former Vice President Lien Chan (連戰), was shot in the face while stumping for a KMT candidate during the 2010 elections. Fujii said that in both cases there was the "shadow of the involvement of the Chinese Communist Party," reported ETtoday.

He said that he worries before this election is over, the CCP will use this method again to disrupt Taiwan's political stasis, according to the report. Fujii warned that if an opposition candidate is assassinated, the election would lose its legitimacy.

Fujii said that if such an assassination took place, President Tsai Ing-wen's (蔡英文) administration would remain in power, but the country may fall into chaos, which is what the CCP desires. He said that even though the Democratic Progressive Party (DPP) currently has the edge, efforts by the CCP to sabotage it cannot be taken lightly.