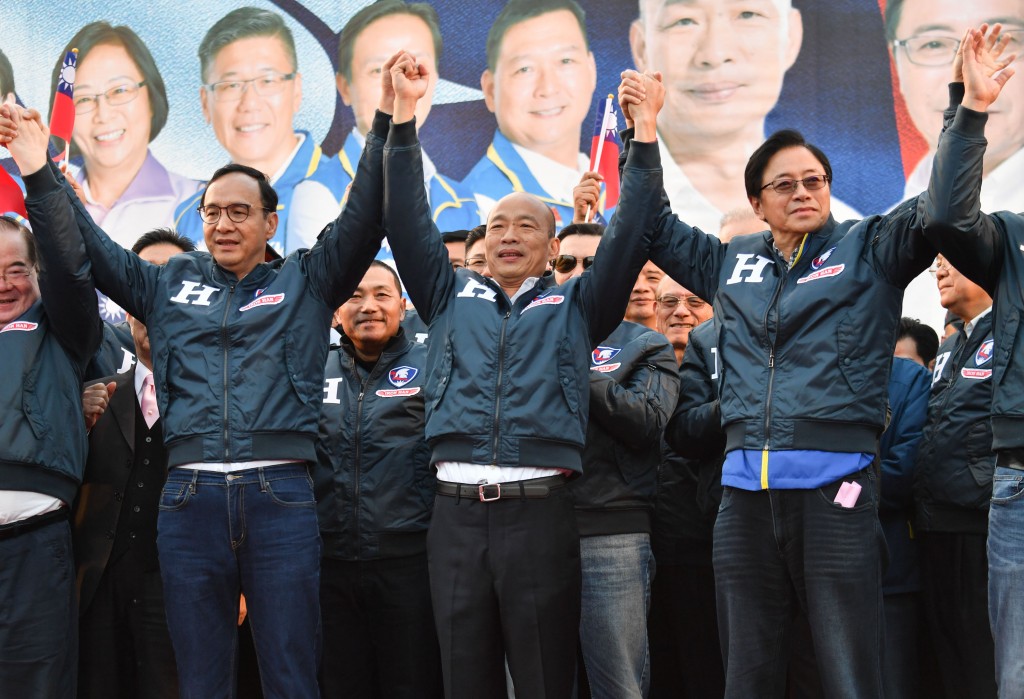 The rally was organized in a move to show party unity, a month before the Jan. 11 election day.

During the rally held in New Taipei, Han was joined by KMT Chairman Wu Den-yih (吳敦義), former president Ma Ying-jeou (馬英九), and Chu, who was named earlier in the day as Han's chief campaign manger in charge of campaign strategy nationwide. Chu lost to Han during the opposition party's presidential primary in July.

New Taipei Mayor Hou You-yi (侯友宜) of the KMT, who previously did not attend Han's rallies, citing schedule conflicts, also made a first appearance at Sunday's rally held in a Banciao sports stadium, during which he called for KMT unity to win the presidential race.

In his address, Han criticized the ruling Democratic Progressive Party (DPP) for its "sluggish" performance over the past few years in office. Han claimed the DPP has done nothing right in terms of boosting the economy, improving cross-strait relations and promoting diplomacy.

He promised to turn around the country so that the Republic of China could stand up and soar high on wings like an eagle, should he win the January election.