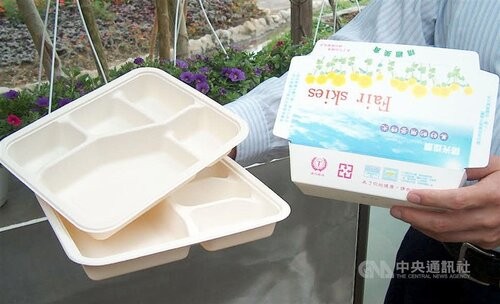 A ban on the use of disposable tableware at restaurants and food courts in shopping malls will take effect in 10 municipalities in Taiwan next year, the Environmental Protection Administration (EPA) said Saturday.

When the new regulation is implemented, such establishments will not be permitted to use disposable tableware for dine-in customers, or the restaurants will face an initial fine of NT$1,200 (US$39.34) to NT$6,000, Lai Ying-ying (賴瑩瑩), director-general of the EPA's Department of Waste Management, told CNA.

In addition to the fine, non-compliant establishments will be given a deadline for meeting the regulations, after which an additional fine will be imposed and increased on a daily basis, she said.

A ban in Kaohsiung is scheduled to begin March 1, 2020, while a ban in Changhua County has not be exactly set but the county will definitely join the other nine counterparts to implement the prohibition.

As for restaurants and food stalls in hypermarkets, the new regulations will take effect in Yilan and Hualien counties on Jan. 1, 2020; in Taipei, New Taipei, Taoyuan and Kaohsiung cities on May 1; in Changhua County on July 1; and in Tainan, Taitung and Penghu on a date to be determined, Lai said.

There is no timetable yet for implementing the ban in other municipalities, as some of them do not have department stores or shopping malls and some have no sufficient dish washing equipment in place, she said.

The banned disposable tableware will include cups, bowls, plates, glasses, chopsticks, knives, forks, and drink stirrers, according to the EPA.

Currently, the use of disposable tableware is not permitted at restaurants and food stands in government agencies or on school campuses, under a ban that was introduced in 2006 and has since reduced their use of disposable items by 87 percent, according to the EPA.