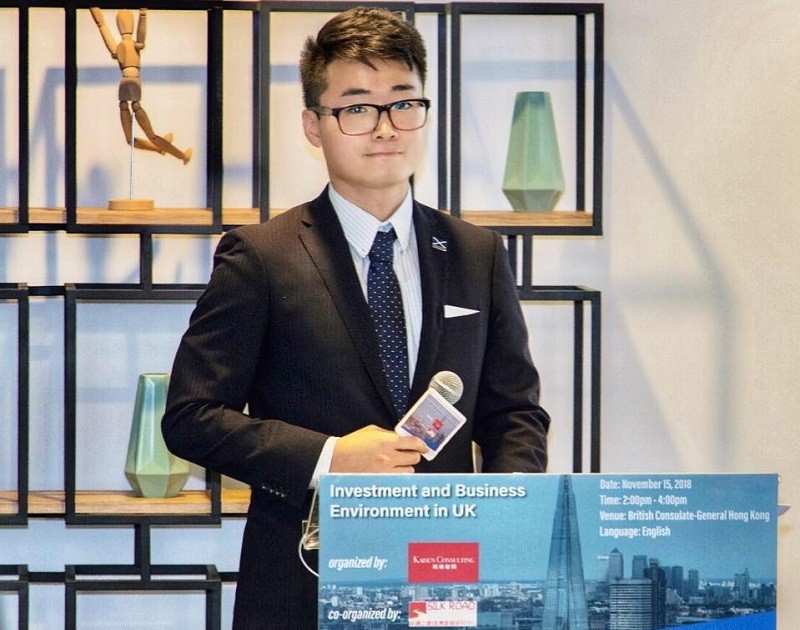 TAIPEI (Taiwan News) — During his stay in Taiwan, the former employee of the British consulate in Hong Kong who has accused China of torturing him was shadowed by an unknown foreign national, reports said Saturday (Dec. 7).

Simon Cheng (鄭文傑) was detained in China for 15 days in August, during which time he says he was tortured and questioned about the supposed role of Great Britain in the months-long protests in Hong Kong. After his release, he left the territory and stayed in Taiwan from Aug. 30 until Nov. 29 before moving to the UK, Liberty Times reported.

However, even during his visit to the island, he reportedly did not feel safe. According to Cheng, a middle-aged man followed him around, pretending to be reading books at the Xinyi branch of Eslite in Taipei and even changing his clothes.

As a result of the incident, Cheng asked the Taiwanese authorities for protection. An investigation concluded that the man who had been shadowing the former diplomat was not, as might have been assumed, a local supporter of unification with China but a foreigner, CNA reported.

In an interview with the BBC conducted in Taiwan, Cheng said it was the British consulate in Hong Kong that had asked him to resign, as his functions involved contact with the Chinese authorities. He told the BBC he had agreed to leave in order not to cause the diplomatic service any problems.