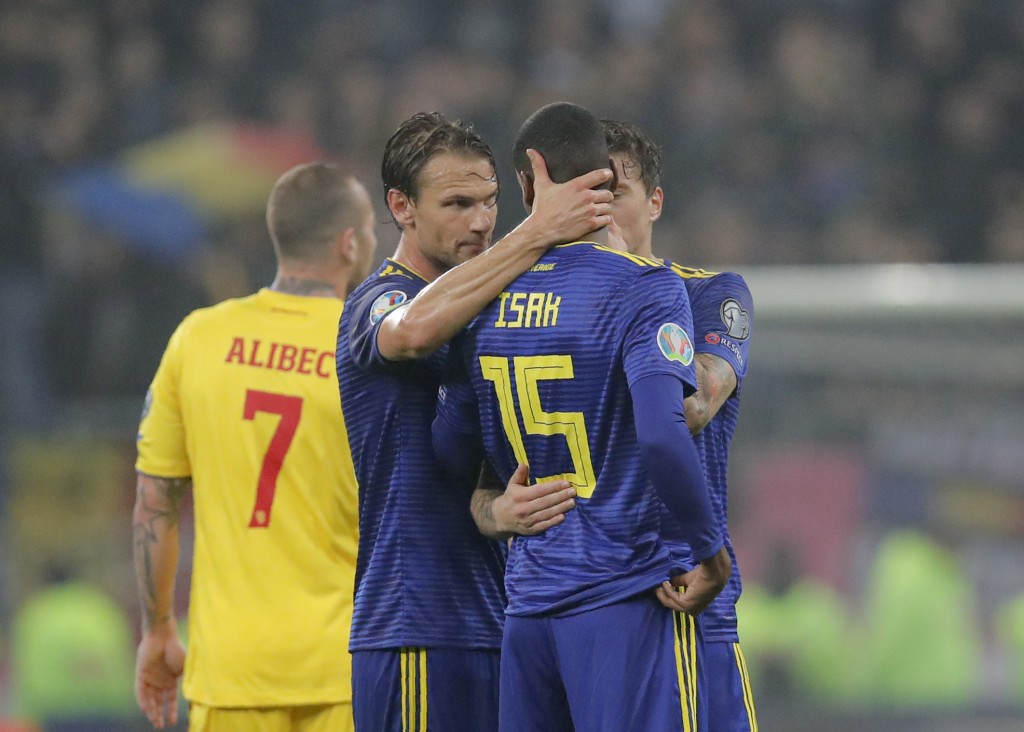 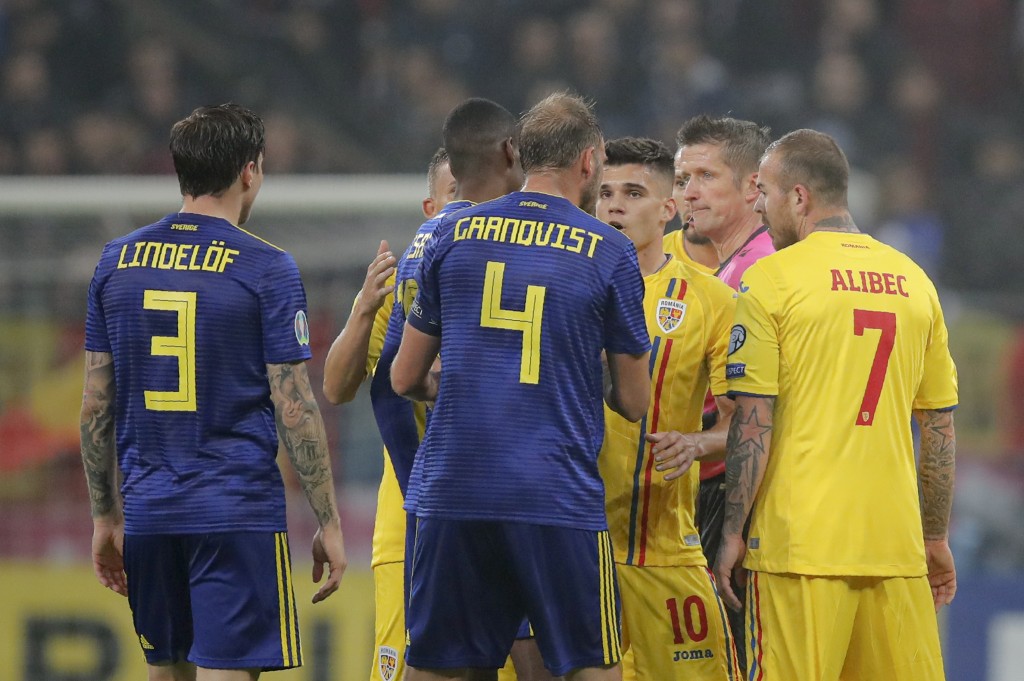 NYON, Switzerland (AP) — The Romanian soccer federation was charged with “racist behavior” on Friday after a Swedish player said he was targeted by the country's fans at a European Championship qualifying game.

UEFA's disciplinary panel will meet on Thursday to judge the case.

Romania already faced charges relating to an “illicit banner” and “illicit chants” brought after the game on Nov. 15 in Bucharest.

Romania faces more severe UEFA action because it was already on probation for previous incidents of offensive fan behavior at Euro 2020 qualifying matches.

Sweden’s 2-0 win over Romania was briefly stopped by the referee to broadcast a warning after forward Alexander Isak claimed he heard racist abuse. The game was played at the National Stadium, which will host four Euro 2020 games in June.

Romania will play two home games at Euro 2020 if it qualifies for the tournament. If Romania wins at Iceland in the playoffs, it faces a second game at Bulgaria or Hungary for the spot in the final tournament.