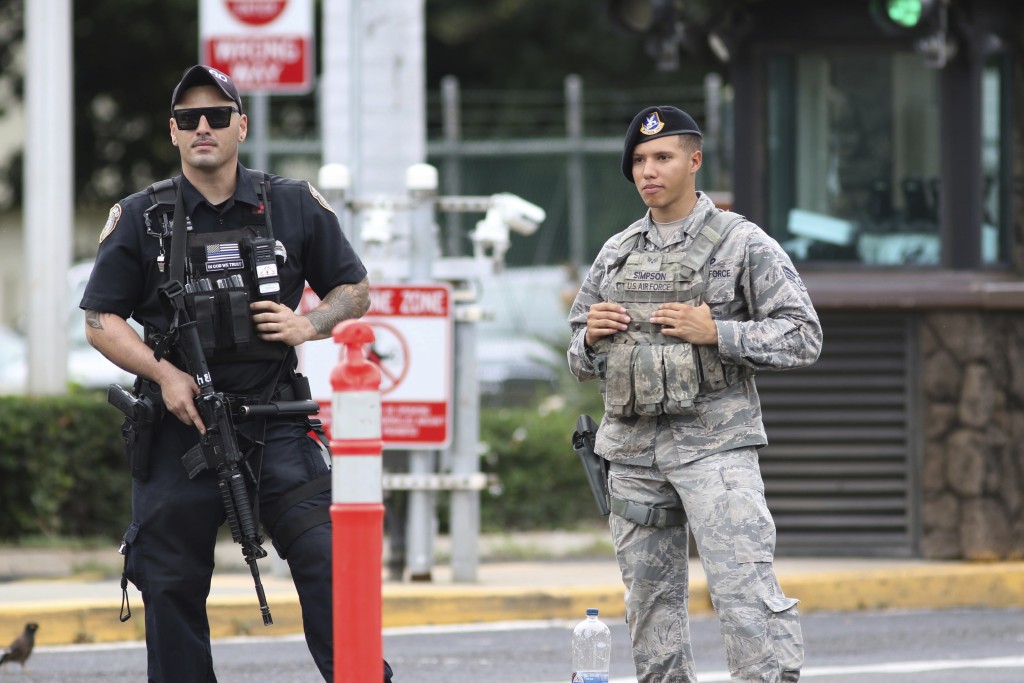 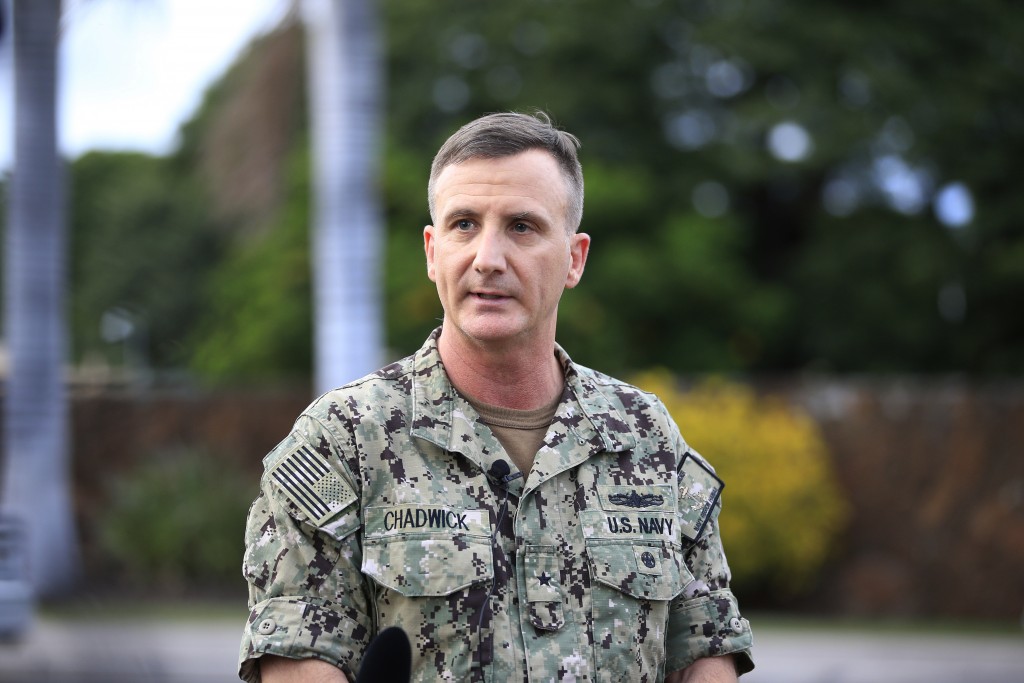 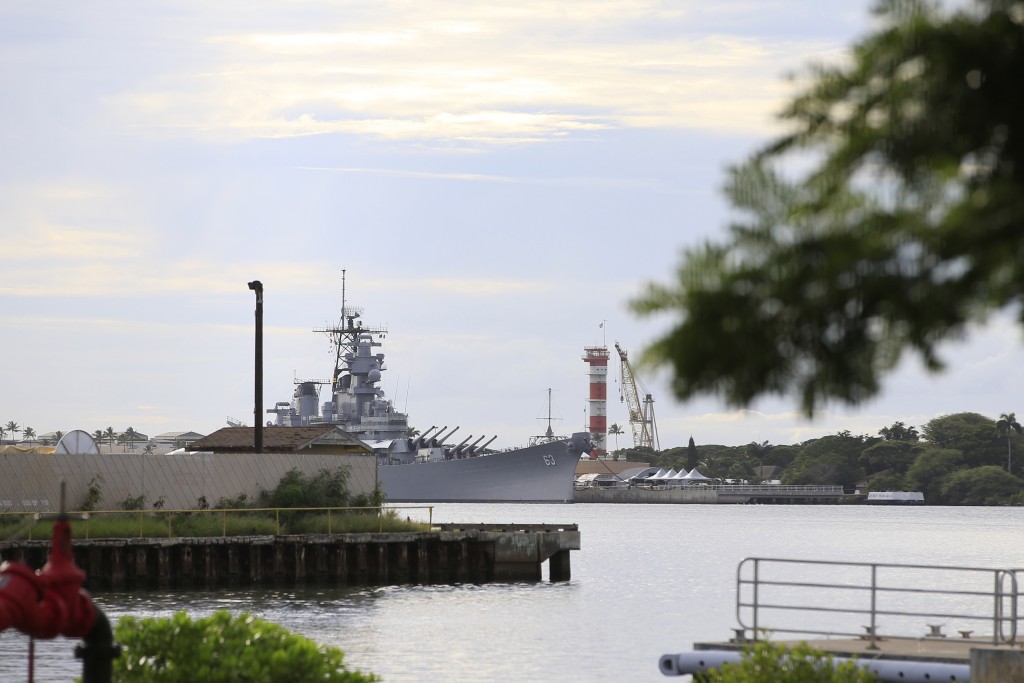 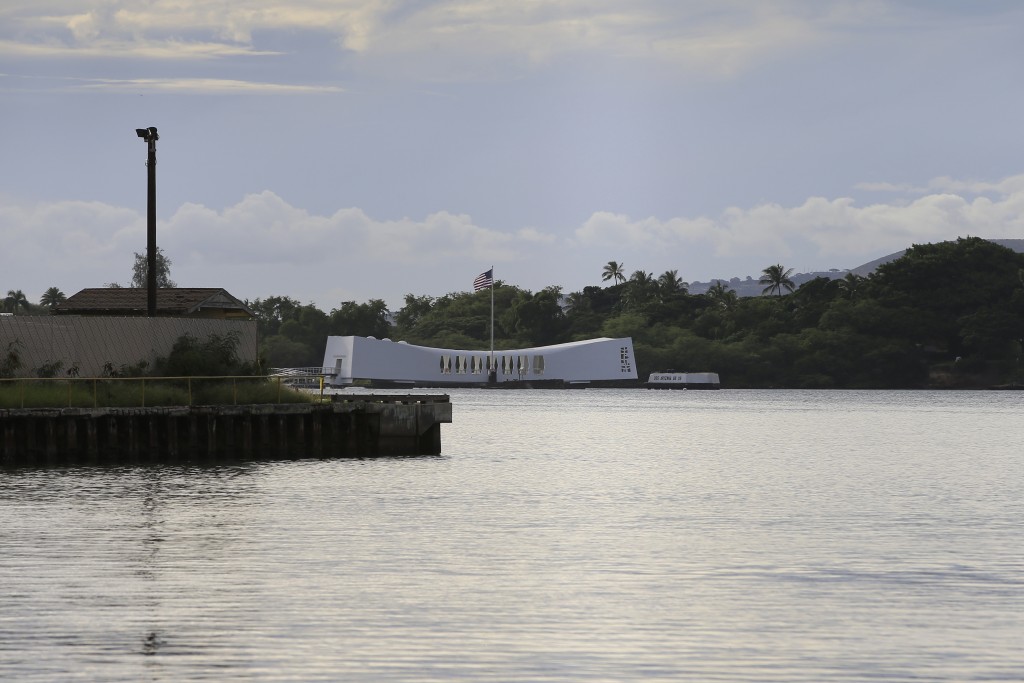 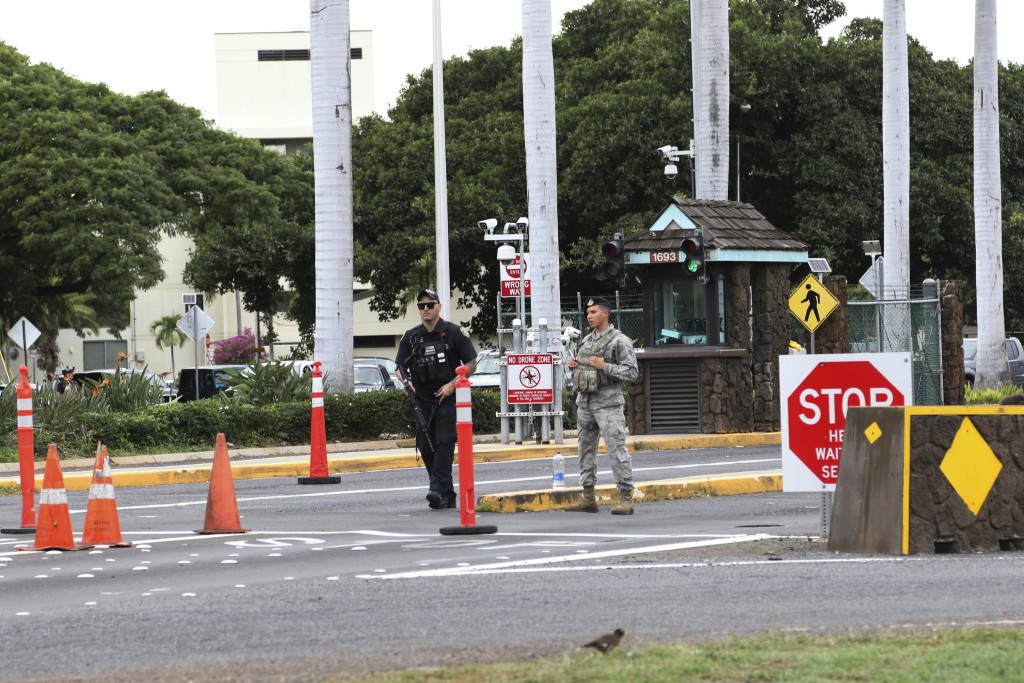 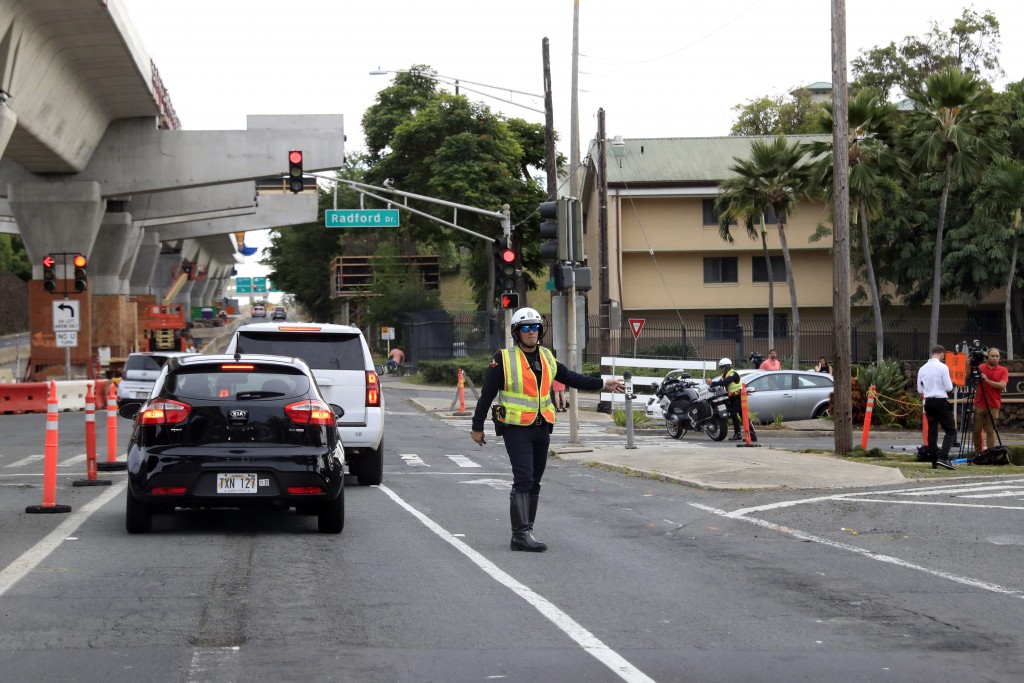 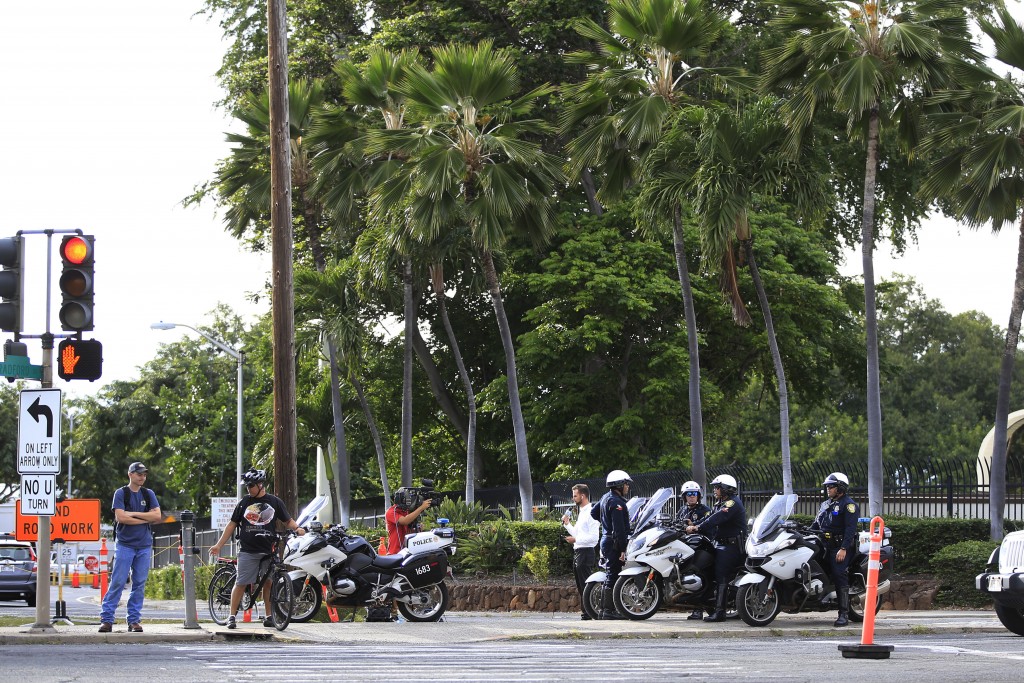 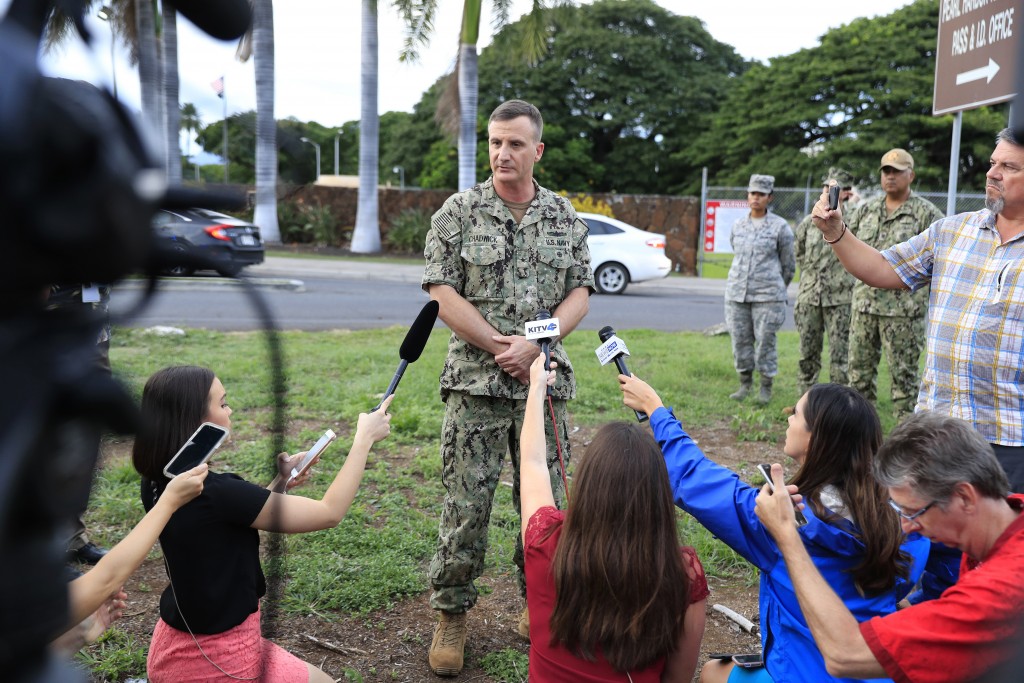 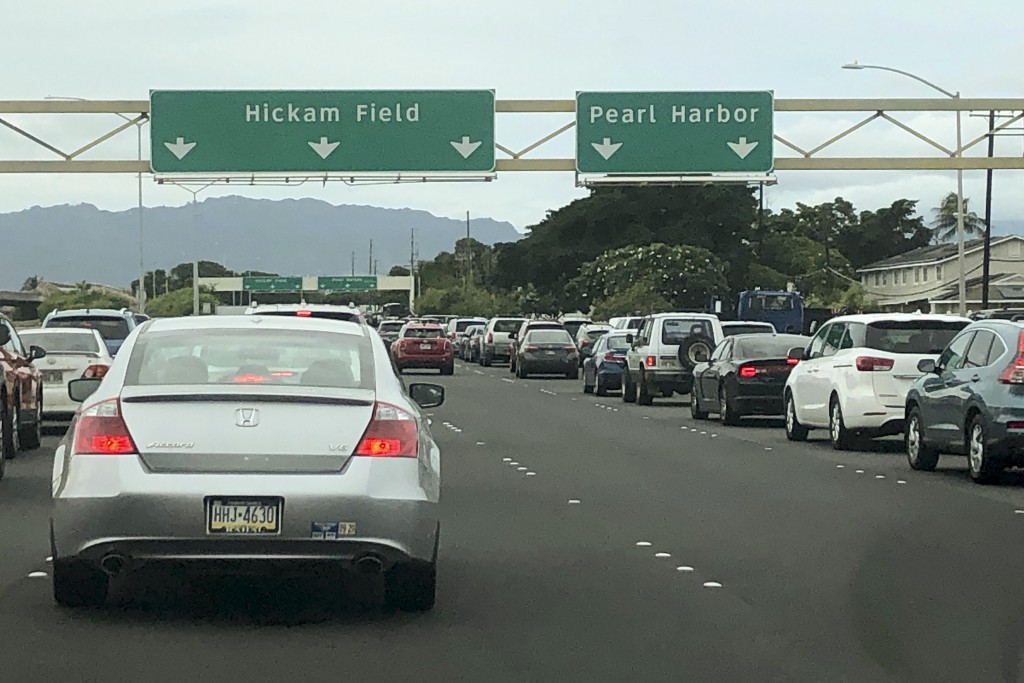 HONOLULU (AP) — Security will be beefed up for the ceremony to remember those lost in the attack on Pearl Harbor 78 years ago, with service members and dignitaries confronting a fresh tragedy after a U.S. sailor killed two civilians, wounded another and then turned the gun on himself at the storied military base.

The National Park Service, which hosts the event with the Navy, declined to provide specifics on the heightened security measures, many of which aren’t readily apparent, Pearl Harbor National Memorial spokesman Jay Blount said. Increased security for the event is typical.

The commemoration of the anniversary of the Japanese bombing that propelled the United States into World War II will go on as planned Saturday, Blount said. It's expected to draw survivors, veterans, dignitaries and the public to honor more than 2,300 Americans who perished on Dec. 7, 1941.

“We have not heard of anyone canceling plans to attend the event due to security concerns and want the public to know that it will be a safe, fun and enjoyable day for everyone,” Blount said.

Across the harbor at the naval shipyard, a sailor on Wednesday shot three civilians working for the shipyard on the base, killing two, before taking his own life. The wounded victim was hospitalized in stable condition.

The gunman was 22-year-old G. Romero, according to a military official who spoke on condition of anonymity to provide details that had not been made public.

Romero's job was to stand watch and provide security for the fast attack submarine USS Columbia, which is at Joint Base Pearl Harbor-Hickam for maintenance. He used his service rifle to shoot the victims, then killed himself with his service pistol, the official said.

Navy officials said they didn't know the motive for the shooting. It wasn’t known if the sailor and victims knew each other.

Tara Kapoi told The Associated Press that her 30-year-old husband, Vincent Kapoi Jr., was among those killed. He worked at the shipyard and grew up in Waianae, a town on the west side of Oahu, she said.

“We don’t know what happened," she said Thursday, asking for privacy.

William and Sista Kahiamoe have lived next door to the Kapoi family for about 21 years. They said Vincent’s brother now lives in the home.

“He was a good boy, I know that. Took care of his mom when she was sick,” Sista Kahiamoe said. “He was really good, and he was the oldest child.”

College roommate Daniel Vu described Kapoi as a soft-spoken and hardworking “family guy” who woke up at 3 a.m. to work at the fishing docks to pay for tuition. Kapoi graduated from the University of San Francisco in 2011 and was proud of his Native Hawaiian and Filipino heritage, Vu told news website Honolulu Civil Beat.

“He was very giving, very generous and willing to sacrifice a lot,” Vu said. “He was one of the good guys out there.”

The other victims have not been identified.

Jamie Hiranaka, the president of the union representing the three workers, said they were all quality assurance inspectors who checked welding and other work completed by shipyard workers.

The union, the International Federation of Professional and Technical Engineers Local 121 Hawaii, said in a statement it was doing everything possible to help workers get through the shooting.

“Workers were in lockdown on base for hours yesterday; some were witnesses, others heard the gun shots, others locked down into the closest building they could find but most were locked in their offices not knowing (what) was happening. Many emotions were felt yesterday but most were of fear, terror, sadness and grief," it said.

Mass shootings and gun violence are rare in Hawaii. The state had the lowest gun death rate among U.S. states in 2017, according to the Giffords Law Center to Prevent Gun Violence. The islands have strict firearms laws, including a ban on assault weapons and large-capacity ammunition magazines.

In 1999, a Xerox service technician shot and killed seven coworkers in Hawaii. In 2006, a man fatally shot his taxi driver and a couple taking photos of the city lights from a lookout point in the hills above Honolulu.

Pearl Harbor Naval Shipyard repairs, maintains and modernizes the ships and submarines of the U.S. Pacific Fleet, which is headquartered at Pearl Harbor. The base is the home for 10 destroyers, 15 submarines and Air Force units.