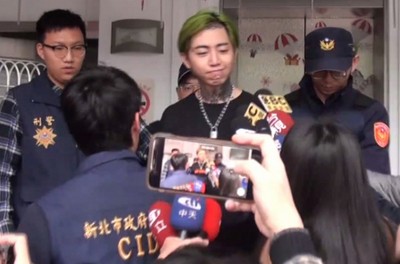 TAIPEI (Taiwan News) — Pop singer Hsieh Ho-hsien (謝和弦) was released on bail Friday (Dec. 6) following questioning by police after his wife accused him of marijuana use.

Hsieh, 32, who also goes by the name of R-chord, reportedly acknowledged years ago that he was a pot smoker. Thursday night (Dec. 5), police visited him at his home in New Taipei City’s Banqiao District, where he admitted to possessing marijuana, Liberty Times reported.

Hsieh reportedly voluntarily showed the visiting officers a bag containing 18 grams of the illegal drug while explaining his views that its usage should be legalized.

Following a similar incident in 2012, the singer reportedly lost his contract with a music label and went into rehab in Nantou County. Because his wife had discovered he had taken up the habit again, she called the police, resulting in Thursday night’s visit.

Hsieh was taken in for questioning and released on bail the following day after paying NT$30,000 (US$983).

The case also has an unexpected political dimension, as Hsieh was reportedly a founding member of the Taiwan People’s Party (TPP). Responding to questions from journalists, the party's founder, Taipei City Mayor Ko Wen-je (柯文哲), said it would not be able to expel Hsieh from the party as there were no rules in its charter about drug addicts, China Times reported. The mayor said that his party should add such regulations.

Despite his TPP membership, Hsieh has on his Facebook page taken a clear stance in favor of Taiwanese identity and even mentioned slogans in favor of President Tsai Ing-wen (蔡英文) and against Kuomintang candidate Han Kuo-yu (韓國瑜). 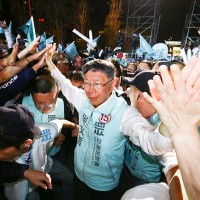 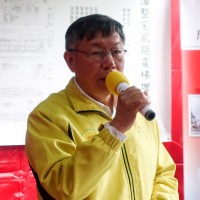