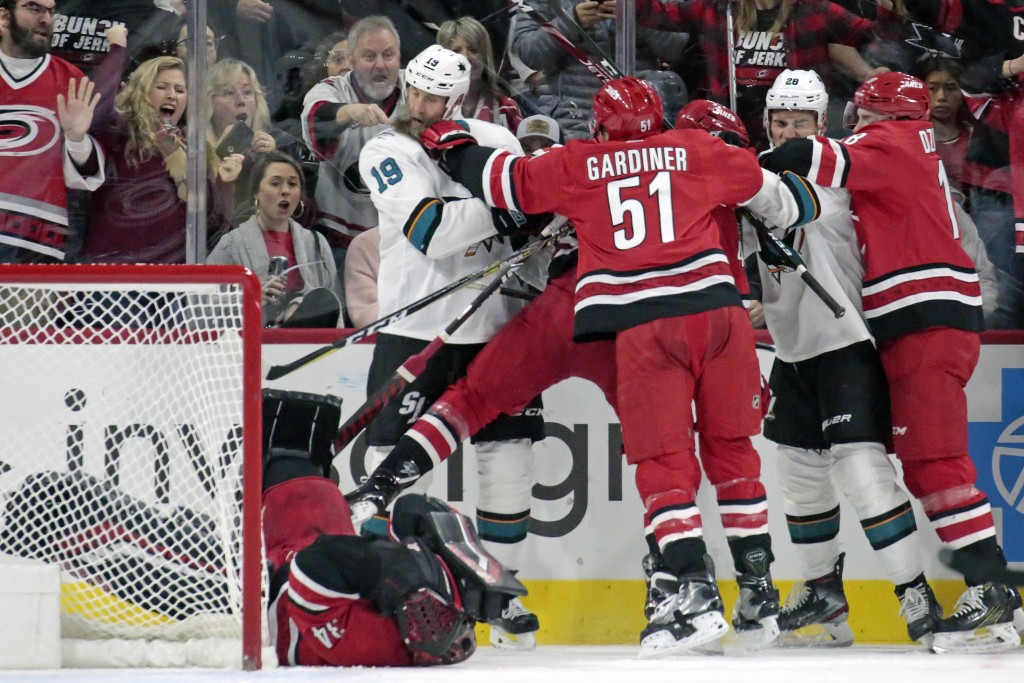 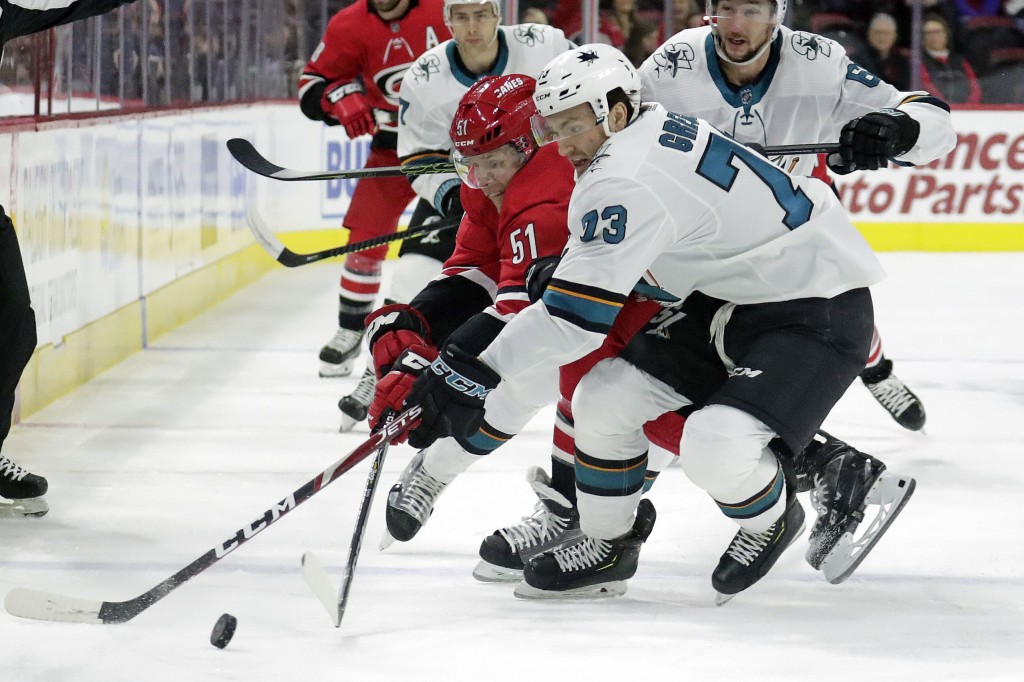 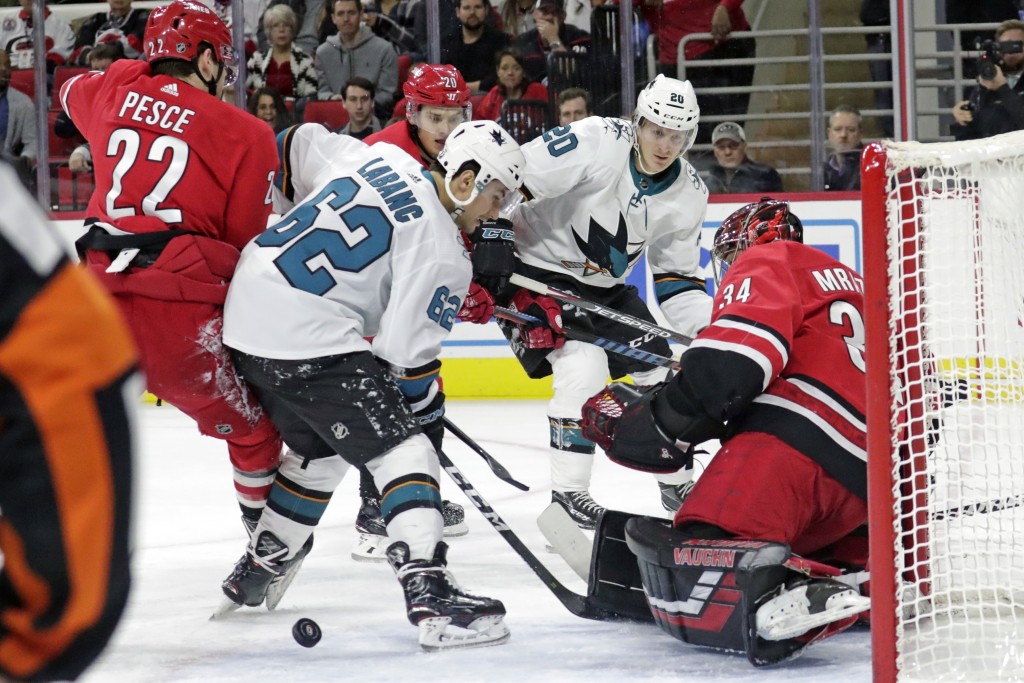 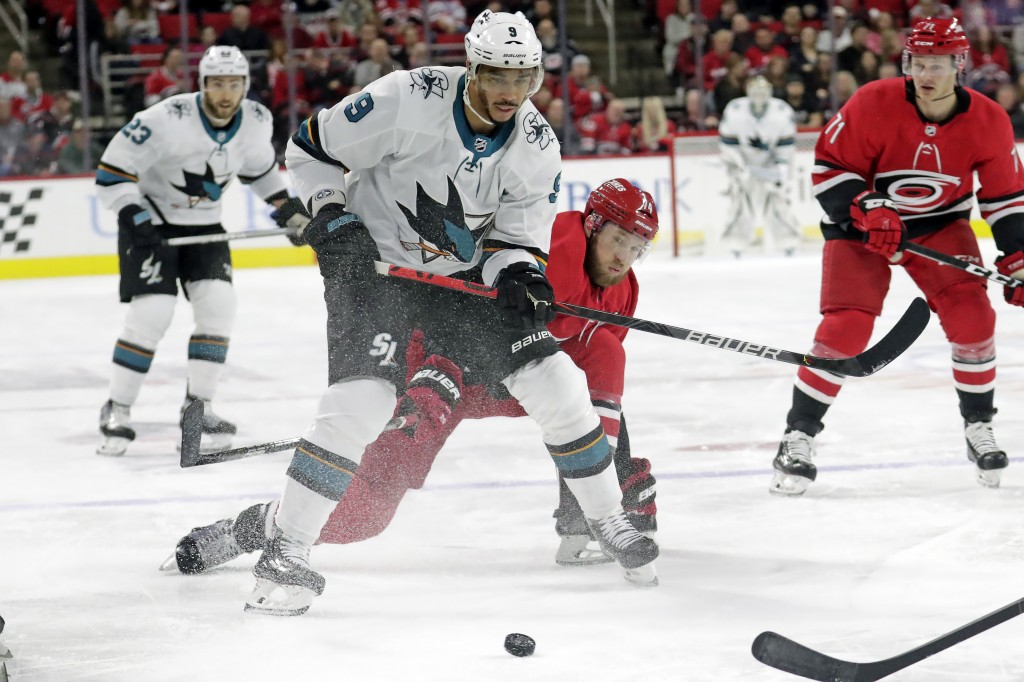 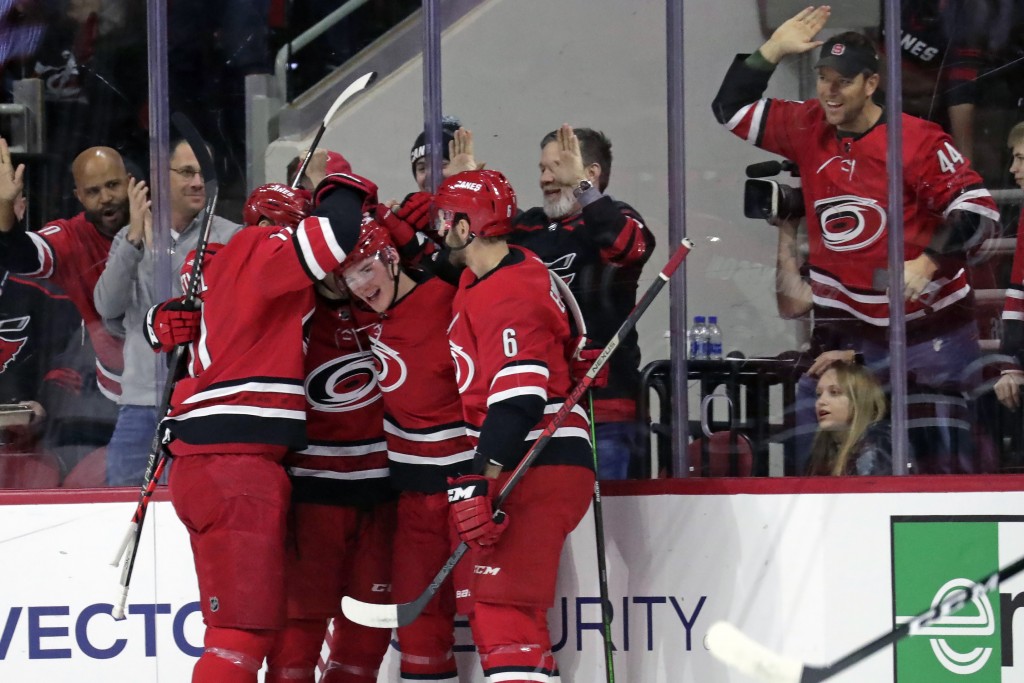 Svechnikov had a goal and an assist in regulation, Jake Gardiner also scored and Warren Foegele added two assists for the Hurricanes, who had lost three of four.

Svechnikov had the only goal of the tiebreaker, beating Aaron Dell with a forehand to his stick side in the third round. Mrazek, who had stopped Kevin Labanc and Erik Karlsson in the first two rounds, then stuffed Logan Couture with his pads and stick to end it.

Marcus Sorensen scored and Couture added a deflected goal for the Sharks, who have lost two in a row after winning 11 of 13.

Mrazek stopped 28 shots — and stopped one solid punch from Joe Thornton with his chin, dropping straight to the ice and leading to some shoving behind the boards. The second-period punch came after Thornton poked at the goalie's glove while he froze the puck and Mrazek retaliated by swinging his stick at the Sharks center.

Svechnikov continued his recent tear by scoring 50 seconds in, beating Dell high with a backhand off Foegele's smooth pass from the boards. Gardiner pulled off a slick give-and-go with Foegele to put Carolina up 2-1 with 9:48 left in the second.

For Gardiner, that made up for the goal he helped allow: Sorensen made it 1-all with 12:44 left in the first when he beat the Carolina defenseman to the crease, took a pass from Joe Thornton and scored into an open net.

Couture, coming off the most productive month of his NHL career with seven goals and 11 assists, tied it at 2 with his redirection of Karlsson's shot with 17.6 seconds left in the second.

NOTES: Carolina D Dougie Hamilton rang a shot off the right post 30 seconds into overtime. ... Svechnikov has six goals and 10 assists in his last 13 games. ... Svechnikov, who 12 goals and 19 assists, is the first Carolina player in seven years with 30 or more points before the team's 30th game.