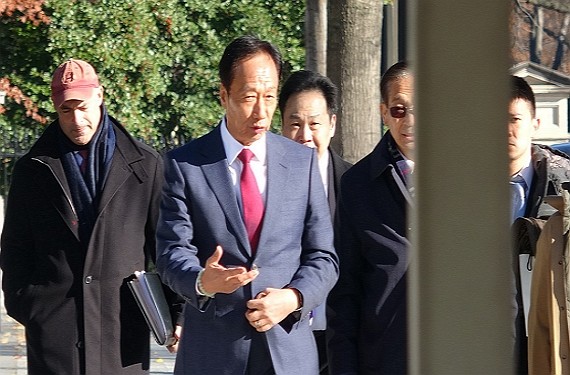 According to Liberty Times, Gou held a two-hour closed-door conversation with White House tech officials to discuss the Taiwan-based electronics manufacturer's investment in Wisconsin. He told the media that the efficiency of U.S. companies was admirable, but he refused to disclose further details about his meeting.

Gou promised to create more employment opportunities in the U.S. as President Trump had hoped and said he would strive to ensure the quality of his Wisconsin factories. When asked about his opinion on the Hong Kong protests, he said that the question was irrelevant to his meeting.

On Thursday evening, Gou attended the White House Christmas party with his wife Delia Tseng (曾馨瑩). He expressed his excitement, saying this was his second time being invited to such a special occasion, reported CNA.